In defense of the PML-N Quaid 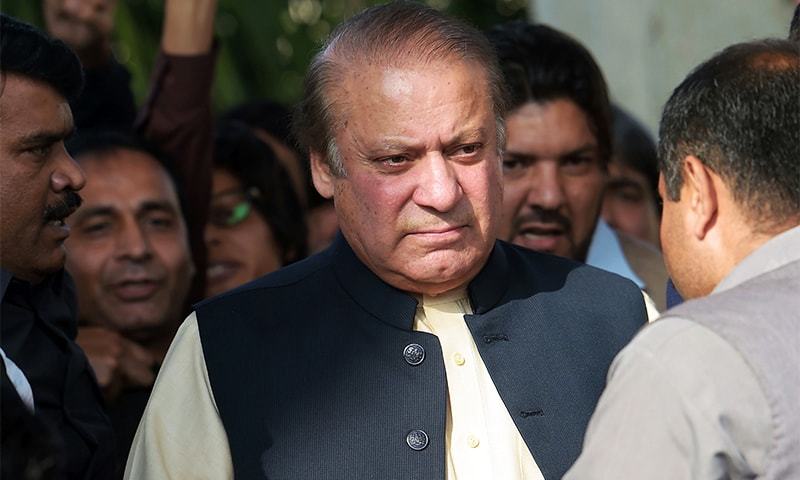 Step 1: Call the Incident a Product of Yellow Journalism

In a bid to defend its beleaguered leader incumbent government is going all guns blazing to convince the people of Pakistan that disqualified former PM Nawaz Sharif was misquoted by Indian media.

Vigorously defending his ‘Quaid for life’ Prime Minister Shahid Khaqan Abbasi claimed that Nawaz’s statement in an interview with Cyril Almeida was misrepresented and distorted by the Indian media.

Step 2: Accuse others of Giving the same Clumsy Statements

In his defense, Nawaz Sharif claimed that several others have passed statements taking up the responsibility of Mumbai attack and gotten away with it.

PM held a press conference after the crucial National Security Council (NSC) meeting which discussed the aftermath of the Nawaz’s interview. He denied the role of Pakistan in 26/11 Mumbai attacks.

Prior to the presser, the National Security Committee (NSC) unanimously termed the recent statement appearing in Daily Dawn in the context of Mumbai attacks as incorrect and misleading. The participants unanimously rejected the allegations and condemned the fallacious assertions and held Indian responsible for delaying the case.

Read more: Nawaz claims others have given similar statements on Mumbai and gotten away

PML-N brigade also came into life and threw the weight behind their embattled Quaid. PM Abbasi vowed to stand by Nawaz, as he will remain the party’s Quaid. “As the prime minister, I stand with Nawaz Sharif,” he said.

Punjab CM and President of PML-N, Shehbaz Sharif said that Nawaz’s remarks were twisted out of context. Nawaz Sharif refused to take the blame.  He stayed firm on his stance and argued that “What did I say that was wrong in the Dawn interview?”

Bowing down is not part of Nawaz’s strategy this time. This scandal where it political damaged Nawaz, it reaffirmed that Nawaz and Shehbaz remain on opposite side of the same camp.

Nevertheless, both PM and Shehbaz are standing firmly behind their Quaid Nawaz Sharif.  Nawaz, while talking to the reporters said, “what did I say that was wrong?” Basically, it appears that he did what he wanted and achieved his goals.

Despite, Nawaz’s denial to disown the interview statement. PML-N distanced itself from the Nawaz’s comments and termed it a statement which does not represent the policy of the party and is wrongly attributed to Nawaz.

Nawaz decided not to disown his statement, despite the extreme pressure from opposition parties. The aim was not to bow under pressure but to see establishment bow in front of Western pressure.

Read more: Mumbai attack comments: What future holds for Nawaz Sharif after his…

PM made it clear that NSC did not condemn Nawaz’s statement, but the misinformation that was spread in India. He indicated that Pakistan’s media is a victim of India’s propaganda. Indian cannot just pick the few lines from the interview and make a theory of their own out of it. Pakistan was not blamed in the interview, but the non-state actors, PM asserted.

Nevertheless, both PM and Shehbaz are standing firmly behind their Quaid Nawaz Sharif.  Nawaz, while talking to the reporters said, “what did I say that was wrong?” Basically, it appears that he did what he wanted and achieved his goals.

Bowing down is not part of Nawaz’s strategy this time. This scandal where it political damaged Nawaz, it reaffirmed that Nawaz and Shehbaz remain on opposite side of the same camp.

Now, containing the pressure and fighting the onslaught must be part of the strategy. He may quote the other high profile individuals including former ISI chief, Rehman Malik and even Musharraf for admitting the role of Pakistani non-state actors in conducting the cross-border attack in Mumbai in 2008.

But, the statement itself is evidence of his intent to spark controversy to defame Pakistan.

Nawaz on May 12, during an interview, stated that “Militant organizations are active. Call them non-state actors, should we allow them to cross the border and kill 150 people in Mumbai? Explain it to me. Why can’t we complete the trial?”

The statement is open to interpretation.

Had the statement been given in an isolated environment, it would be understandable. But, first the threats and then coming up with an apparently well-timed interview with an already controversial writer, is itself enough to reflect the intention in this smearing campaign with long-term repercussions.

Was the disqualification of Jahangir Tareen the right decision?

Can the depreciating rupee rescue the government in the next polls?