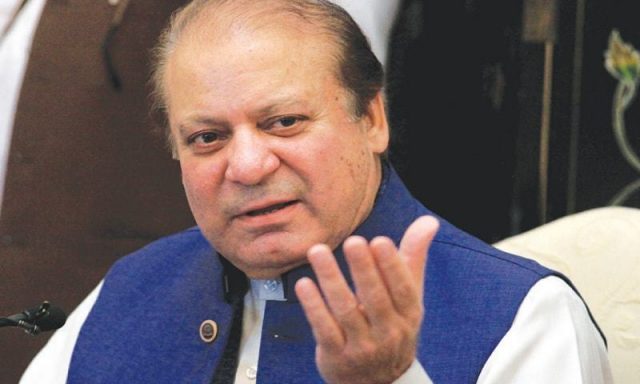 Former Premier Nawaz Sharif gave an interview to Dawn News in which he claimed that the terrorists of the notorious 2008 Mumbai attacks were Pakistani “non-state actors” and that “we allowed them to cross the borders.” His actual words as quoted by Dawn are, “Militant organizations are active. Call them non-state actors, should we allow them to cross the border and kill 150 people in Mumbai? Explain it to me. Why can’t we complete the trial?”

This statement has been the talk of the town, not only in Pakistan but also in India, with some people calling it downright traitorous while others claiming that Nawaz’s statement is nothing unusual and other Pakistani leaders have said similar, if not exactly the same, things in the past. Nawaz himself, while talking to reporters outside accountability court, defended his statement, asserting that numerous political leaders in the past have said the same thing but they did not face allegations of treachery like him.

In this article, the legitimacy of Nawaz’s earlier claims that Pakistan was involved in the 2008 Mumbai terrorist attack will not be scrutinized but rather his latter claim that other political leaders have said the same thing and gotten away with it. It would only serve to prove the magnitude of his atrocious claim and why the public concern and media hype around this issue is justified. And why his statement is a national security issue as compared to the ‘similar’ statements given by others according to Nawaz and his supporters.

Durrani’s statement may be the closest to Nawaz’s but they are still very different because Nawaz openly accused Pakistan of allowing terrorists to cross their border while Durrani suggested that the terrorists might be Pakistanis.

The first and most prominent name among the list of people who’ve been accused of admitting the blame for Mumbai attacks is Nawaz’s arch nemesis former President and Chief of Army Staff retired General Pervez Musharraf. In April 2017, Musharraf gave an interview to a private Indian news channel and said that he was a fan of Hafiz Saeed. Musharaf stated, “I am the biggest supporter of LeT (Lashkar-e-Taiba) and I know they like me and JuD (Jamaat-ud-Dawa) also likes me.”

He further said that Hafiz Saeed wasn’t involved in Mumbai attacks. Nowhere in his interview did Musharraf admit that Pakistan was behind the Mumbai terror attacks. It is pertinent to note that there is no evidence of either Saeed’s or LeT’s involvement in the attacks, it is merely an Indian claim that has not been backed by any sort of evidence whatsoever. So, supporting Hafiz Saeed or Lashkar is not equal to the admission that Pakistan is behind the Mumbai terror attack. The issue can be best understood from this article by Dr. Moeed Pirzada.

Next up in this list of Nawaz’s alleged co-accused is PML-N’s biggest rival in electoral politics, Imran Khan. The PTI chief has never, in any of his statements, admitted that Pakistan was behind Mumbai attacks. The statement that has wrongly been attributed to his confession that Pakistan was behind Mumbai attacks is his interview with NDTV. He admits being in touch with Hafiz Saeed and stated that conviction should be determined by a court of law rather than statements by media or state personnel.

Rehman Malik, the interior minister of Pakistan in 2008, is another name surfacing in conjunction with Nawaz’s statement. Nawaz claimed that Rehman Malik said the same thing but no action was taken against him. The former interior minister only admitted that the main culprit behind Mumbai attacks, Ajmal Kasab, should be hanged. Rehman Malik never asserted that Pakistan was in anyway involved in Mumbai attacks; instead, he vehemently condemned Nawaz’s statement. In another statement today, Malik claimed that Indians themselves were behind Mumbai attacks and it was RAW’s sting operation.

The title of the article contained a very misleading statement since the former general never claimed any such thing, instead it was claimed by the former Pakistani ambassador to US, Hussain Haqqani, in his book. Hussain Haqqani is an individual who himself, faces a number of treason cases in many Pakistani courts. The title of the article is a textbook example of yellow journalism and media bias.

The first and most prominent name among the list of people who’ve been accused of admitting the blame for Mumbai attacks is Nawaz’s arch nemesis former President and Chief of Army Staff retired General Pervez Musharraf.

Another prominent name who is accused of admitting Pakistan’s involvement in the Mumbai attacks is that of the former National Security Adviser (NSA) retired General Mahmud Ali Durrani. He merely had said that he admits that the attacks were planned on Pakistani soil but he clarified that Pakistan Army or ISI were in no way involved or privy of the attack.

Read more: Nawaz Sharif fears no ‘free and fair’ Elections to be held,…

Durrani’s statement may be the closest to Nawaz’s but they are still very different because Nawaz openly accused Pakistan of allowing terrorists to cross their border while Durrani suggested that the terrorists might be Pakistanis. Since Pakistan has been fighting the war against terror for almost a decade, Durrani statement only hints that terrorists were residing in Pakistani soil. It is pertinent to note that the Mumbai attacks took place in 2008, long before Pakistan launched a concerted attack against terrorists on its own soil.

Twitterman threatened DPRK at UNGA, how will Rocketman respond?