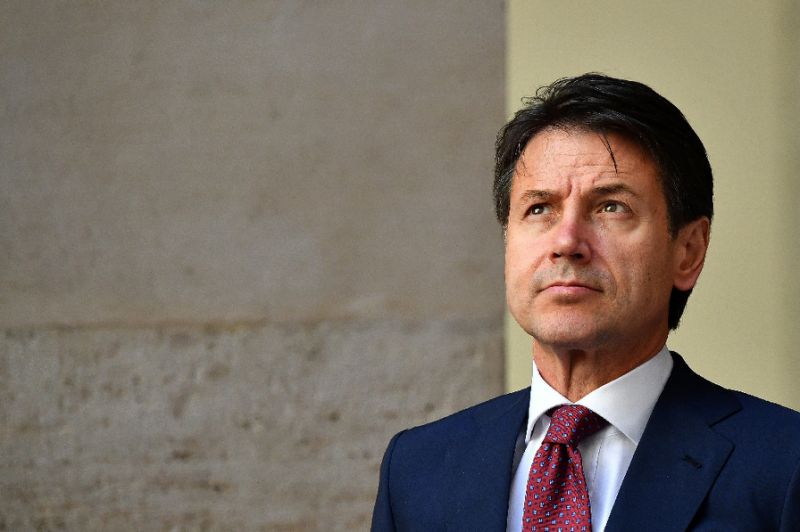 On trade, the new Italian government’s skepticism of multinational agreements risks Trump’s goal of eliminating all EU customs tariffs, according to Ottens.

The visit will begin with a one-on-one meeting followed by more extensive bilateral discussions, the White House said.

“Italy is an important NATO Ally, a leading partner in Afghanistan and Iraq, and key in bringing stability to the Mediterranean region,” the White House said in announcing the visit last month, the new prime minister’s first.

Trump praised Conte as “great” after meeting him at the recent G7 summit in Canada, where they warmly shook hands during the family photo.

Conte is “very strong on immigration — like I am, by the way,” said Trump, who has pursued a policy of “zero tolerance” for illegal immigration, a crackdown that led to hundreds of children being separated from parents who crossed into the United States from Mexico without papers.

Conte was chosen to lead the Italian government by the leaders of parties that won March elections: the euro skeptic Five Star Movement and the far-right League party.

The Italian press has suggested the meeting will serve to boost Conte’s profile, often overshadowed by his deputy prime ministers and those parties’ exuberant leaders: Matteo Salvini of the League party, and Luigi Di Maio of the Five Star Movement.

Conte wants to reform the Dublin Regulation, the EU law that says asylum requests should be the responsibility of a single member country, usually the one where the refugee first arrived.

Italy argues that the law places an unfair burden on countries that border the Mediterranean, and its new populist government has stepped up pressure on other EU countries to share responsibility for arriving refugees.

It has closed Italy’s ports to migrants and turned back several ships carrying refugees rescued at sea, threatening the future of those operations.

Both Trump and Conte also favor better relations with Russia.

Already deeply at odds with US allies on trade, the environment and Iran, opened another front in Canada by calling for Russia to be brought back into G7 meetings, ending its isolation over its 2014 annexation of Crimea.

Trump praised Conte as “great” after meeting him at the recent G7 summit in Canada, where they warmly shook hands during the family photo.

Conte, who was making his international debut at the G7, said he agreed with Trump, setting himself apart from his European colleagues.

On trade, the two men share the same skepticism when it comes to free trade: Trump has blasted several international pacts such as NAFTA and the Trans-Pacific Partnership (TPP), while Conte refused to ratify the CETA free trade agreement between the EU and Canada.

But according to Nick Ottens of the Atlantic Council, Trump “may not find the ally he expects” in Conte. On trade, the new Italian government’s skepticism of multinational agreements risks Trump’s goal of eliminating all EU customs tariffs, according to Ottens.

Meanwhile, in the defense realm, Italy has said it has no chance of reaching the target spending of two percent of GDP — let alone Trump’s stated goal of four percent at the latest NATO summit.

In early July, Italy’s defense minister Elisabetta Trenta announced a freeze on purchasing F-35 fighter aircraft, of which the US is the primary contractor.

Italy’s participation in NATO operations in Afghanistan, Iraq and Syria will be on both leaders’ agendas, along with Italy’s diplomatic efforts in Libya. But a certain point of disagreement will be Trump’s standoff with Iran — and the sanctions that hurt Italian-Iranian commercial relations.

Chief of Army Staff meets Ambassadors of Iran and Turkey