In Texas, one family fights to keep Trump wall off property 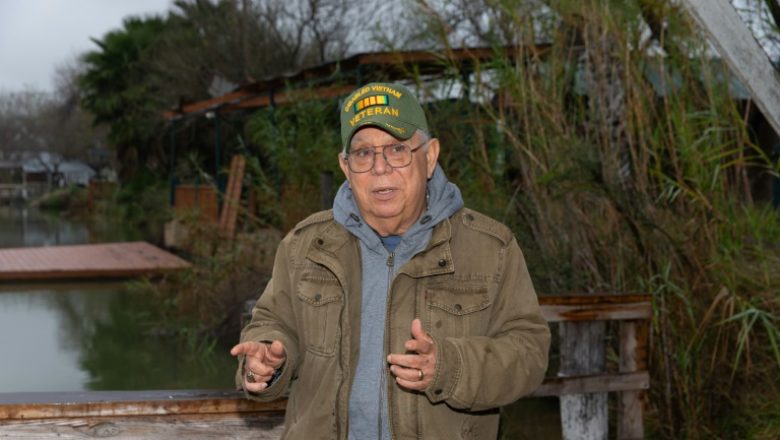 In this yard in the Texas town of Mission, they played as children, learned how to fish, picked cotton and gathered watermelons. But because it’s on the border with Mexico, the Cavazos family could lose their property — to Donald Trump’s border wall. They are not going down without a fight.

In his sister Eloisa’s dining room, Jose Alfredo Cavazos — who goes by Fred — displays the numerous letters sent by the federal government. “Our property right now is in… danger of being no more,” says the 69-year-old, who lives next door to his sister, and uses a wheelchair to get around.

The local diocese also refused to allow the government to survey the land, and federal authorities filed a complaint.

Construction seems inevitable: financing for the portion of the president’s much-awaited border wall that would pass through the Cavazos’ property in the Rio Grande valley was approved by Congress in March 2018. It is separate from the wider debate about border wall funding that has roiled Washington for weeks, sparked a showdown between Trump and Democratic lawmakers, and led to the longest government shutdown in American history.

The federal government has already surveyed the land, which mainly belongs to Eloisa — the first step towards construction. The family opposed the move, and the government filed suit, winning the initial case. The Cavazos clan is not giving up just yet, though. They have appealed the initial decision, and are being represented on a pro bono basis by the Texas Civil Rights Project.

Read more: Trump Insists Mexico Will Pay for Wall After U.S. Begins the…

Fred Cavazos runs his hand over the maps attached to each official document in the pile. If the wall is built as planned, it will run along the levee that keeps the land from flooding — and will block his access to his land, where he tends a small herd of cattle and goats.

His other worry is that the family will lose revenue earned by renting out small riverside homes, often used as weekend getaways. Fred says the family makes about $35,000 a year from rentals, and they cannot live without it. After all, who would want to come spend a relaxing weekend staring at a giant concrete wall, or even towering steel slats? Would tenants even be allowed to cross back and forth?

In this yard in the Texas town of Mission, they played as children, learned how to fish, picked cotton and gathered watermelons.

“It’s an unknown to us,” says Rey Anzaldua, a cousin of the Cavazos siblings and Fred’s best friend. “It would still be our land… but it wouldn’t have any value at all.” Beyond the financial strains, the very real possibility of seeing the family land split up has upset the entire clan.

Since their ancestors came from Spain and settled here in the 18th century, the family has “been losing land for so many years,” said Anzaldua, who turns 74 this month. With a Vietnam veteran cap and a sticker on his Jeep that says “No border wall,” Anzaldua is bitter: “This land to us is worth more than money — we have an actual love for the land.”

To boot, Fred is “totally disabled. This land is actually what keeps him alive,” Anzaldua said. Cavazos manages to get by despite his physical issues, helping Eloisa to collect the rent. “If he didn’t have this, I don’t think he’d last very much longer,” Anzaldua said.

Stall for as Long as Possible

Roy Snipes is a local priest who helps take care of the historic 19th century La Lomita chapel in Mission. His parish rents land from the Cavazos family for summer camps. The church itself, which is classified as a historic monument, should not be affected by the wall construction, but it would end up in a sort of no man’s land between the barrier and the river.

Fred says the family makes about $35,000 a year from rentals, and they cannot live without it.

For Snipes, who has lived here for 26 years, building the wall would “desecrate a sacred place.” It also would likely keep undocumented migrants from visiting the church, which has been a safe place for them in the past.

“Nobody comes down here expecting to be interrogated and to present papers,” says Snipes, a 73-year-old nicknamed the “Cowboy Priest” who sports a Stetson and a large metal cross over his white robe. The local diocese also refused to allow the government to survey the land, and federal authorities filed a complaint. A decision is expected in February, according to the attorney for the diocese, David Garza.

No one here is under any illusions — it’s going to be a tough battle. “It’s difficult to fight the government,” Anzaldua said. “To be very honest with you, what we want to do is we want to delay as much as we can,” he explained.  “We would like to fight for long enough so maybe Trump will be out of office and some of this will stop.”