The preference for white skin in the subcontinent is astonishing and certainly, two hundred years of colonialism and the admiration of Indians for the white supremacy of the British have contributed to it. 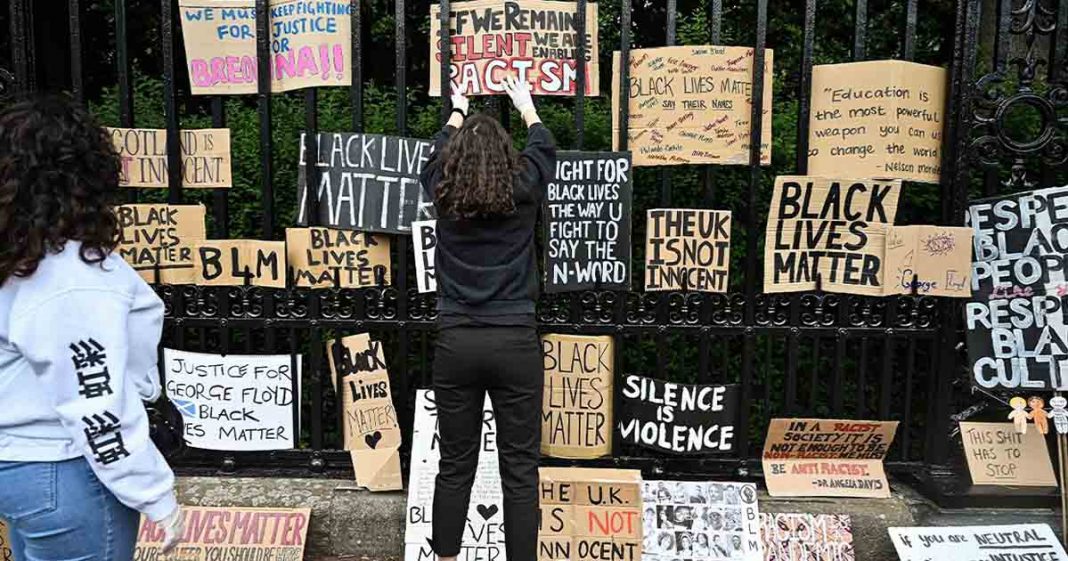 Within a very short period, the COVID-19 pandemic has broken up economic, social and also intellectual traditions existing for decades and were thought to be unchangeable. The way we look at ourselves intellectually and the rest of the world has started changing – the past, present and future. The renewed scathing critique of racism that started from the US after the brutal killing of a black American by the police has resulted in anarchy, the resultant widespread violence has induced a critical revisiting of racism as a social phenomenon that turns out to be much more common than usually acknowledged.

Racism is deeply embedded in the US society. This is natural given the due connection of US history with slavery as well as the brutal extirpation of indigenous American population. First the genocide of American Indians and then slavery and their respective cultures were both based on the idea of ‘white supremacy’- the idea is that white-skinned people and their civilizations are superior to those of coloured people.

Read more: How racism & inequality has worsened the COVID-19 pandemic

The civil war was fought over eradication of this menace. Racism has a long history, it started in Europe rather than the US, and it still persists more in Europe than the US. In his discussion of slavery, the Greek philosopher Aristotle (384-322 BC) stated that while Greeks are free by nature, “barbarians” (non-Greeks) are slaves by nature, in that it is in their nature to be more willing to submit to a despotic government. But a ‘scientific’ explanation for white supremacy was tried in the 19th century.

In order to ‘scientifically’ prove white supremacy they extracted and measured the brain from human skulls but were frustrated when the brain mass or measurement of white people did not exceed that of others. It was during that time when the idea of ‘race’ became underpinned with biological markers.

Based on the idea of race in the 1830s and 1840s, physical anthropology was prominent in the debate about slavery, it reached its pivot in the idea of the possibility of a ‘pure white race’ and the possibility of ‘superman’ that found expression in one form in fascism and anti-Semitism, the need to extinguish less valuable races. That 20th century. ideology has a straight connection with “white supremacy” in the US until today.

The idea of race is discouraged by scientists today. While there are certainly biological markers of certain types of people like the form of their head, nose, colour of skin and others, nobody can claim to be a descendent of a clean race without any mixing because since the beginning of human history people have been mixing – process that cannot be denied.

In 1978 UNESCO adopted a ‘Declaration on Race and Racial Prejudice’ in which it declared the conviction of the essential unity of the human race and consequently the fundamental equality of all human beings and all peoples, and that all peoples and all human groups, whatever their composition or ethnic origin, contribute according to their own genius to the progress of the civilizations and cultures which, in their plurality and as a result of their interpenetration, constitute the common heritage of mankind. Before that UNESCO published a statement in 1950 ‘the race question’ following World War II and Nazi racism to clarify what was scientifically known about race, and as a moral condemnation of racism.

Unfortunately, these things are not common knowledge any more in Pakistan and beyond. When teaching an introductory course of anthropology during Dr Bettina Robotka’s years as a foreign professor at Institute of Business Administration (IBA) Karachi, her students were shocked when she told them that racism is rampant in Pakistan despite the fact that Islam definitely forbids it. She reminded them that for finding a suitable bride of white complexion was far more important than to have money.

The number of reported cases of racial discrimination significantly increased in Germany, rising by 59% between 2016 and 2019, according to an annual report presentedby the German Federal Anti-Discrimination Agency

All the whitening cremes advertised frequently in Pakistan are another feature of that. In our democracy that should be based on the equality of men we until today find households where a special cup is kept for drinking for servants, labourers or beggars that the “sahib log” would not touch, a variety of social racism that might have its origin in the caste system. The pleasant part of this kind of racism is the “gori bonus’ that she would enjoy when visiting an office or other public places.

The preference for white skin in the subcontinent is astonishing and while certainly two hundred years of colonialism and the admiration of Indians for the white supremacy of the British have contributed to it, there seem to be deeper roots going back to caste system that was brought into the subcontinent by the Indo-Aryans and the white-skinned supremacy attitude of the Brahmins who in the course of their conquest – a process often called ‘Sanskritization’ – advanced towards south India and in the process enslaved and partly extirpated the dark-skinned indigenous population of India and made them ‘untouchables’.

While preference for a white-skinned bride seems to be a rather mild form of racism, the one we experience in our neighbouring country India is much harsher and inhuman where ‘Hindutva’ has declared Muslims aliens or beef-eaters, social and legal outlaws who can be abused and even killed at will. In fact the caste system is institutional racism, because of economic and political reasons (a vast market India is needed to contain China), the west is blind to this Nazi philosophy being revived in India under the BJP in the form of “religious socialism”.

Is it a coincidence that both have the Swastika as their symbol, the Indian version being institutionalised earlier than the Germans in the 1920s? Thus racism is neither a new phenomenon nor is it limited to a certain place, a global vice that has come into focus again in the wake of the corona pandemic upheaval.

With hardly any colonial past and no experience with slavery even in Germany the outcry ‘black lives matter’ has created a stir and huge demonstrations in solidarity with the American wave of protest has been taking place in several cities despite corona and SOPs. The argument has been that there is racism in Germany present as well. A United Nations group that visited Germany in 2017 concluded that there are systemic problems with racism and an “incomplete understanding of history” throughout the country.

They found that institutional racism is entrenched within German police institutions and the armed forces. The number of reported cases of racial discrimination significantly increased in Germany, rising by 59% between 2016 and 2019, according to an annual report presented by the German Federal Anti-Discrimination Agency.

The idea on which democracy is meant to be founded, namely the equality of men and mankind has been insufficiently understood and practised globally. The message for the post-corona world is that this blemish is a left-over of the old world has to be fought and eliminated before a new and better world can be created. This is a major call, the fight as who would get the corona drug or vaccination first is not without relevance to racism.

US has no other option but to remove all sanctions: President Iran

Pak-Egypt-Saudi to jointly produce a film

Here is how students are reacting to govt’s decision to conduct exams!

As the Libyan conflict widens, ugly designs are unveiled

Boys as young as 10 under threat of Locked Jaw