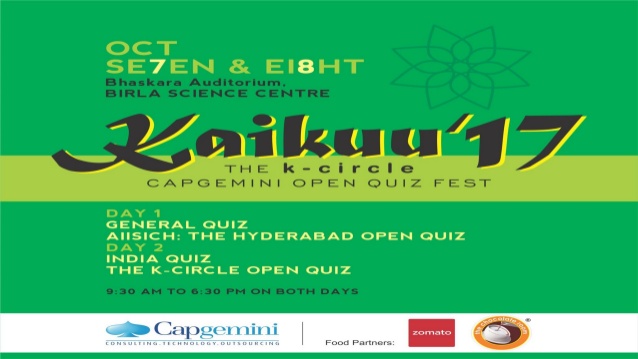 In spite of its painful birth as a free and independent state, India quickly became a model for what many considered to be the desired post-colonial progressive state. Under the leadership Jawaharlal Nehru, India radically repealed many of the more fundamentalist Hindu customs that British imperialists had enshrined into law during the 19th and early 20th century.

In 1950, Nehru formally abolished the caste system which singled India’s firm commitment to the modern values of a progressive and independent state. A program of agriculture reform and mass industrialization was embarked upon against the wishes of Hindutva extremists who viewed such things as sacrilege.

Educational infrastructure and non-discriminatory educational opportunities were introduced across the vast country and the rights of women and minorities were explicitly protected by law for the first time in India’s modern history. In terms of foreign policy, India co-founded the Non-Aligned Movement, but in practice was a close ally of the Soviet Union.

The rights of women under the Modi government has been appalling with India facing a rape epidemic that is ignored by much of the world, though one which increasingly exorcises Indian women.

In the 1950s and 1960s, such a position was undeniably forward thinking. One must remember that in the decades prior to Deng Xiaoping’s reforms in China, Non-Aligned Status with a strong socialist background was in many ways the most open yet progressive model available to developing states which sought economic independence from the western model.

While India’s foreign policy record never lived up to the pacifism that Nehru preached and for a time sincerely attempted to practice, the Five Principles of Peaceful Coexistence signed with China in 1954, was a sign that India was willing to engage in cooperation with its largest neighbour, whose disputed borders with India were symptomatic of India’s colonial experience.

India’s progressive story could not be more different than that of Saudi Arabia. In 1925, with British support, the Sultanate of Nejd, led by Ibn Saud conquered The Hashemite Kingdom of Hejaz after London switched its loyalties from the Hashemites to the Wahhabi House of Saud.

In 1950, Nehru formally abolished the caste system which singled India’s firm commitment to the modern values of a progressive and independent state.

In terms of progressive social policies, this was an immediate step backwards as the Saudi rulers who would consolidate the Kingdom of Saudi Arabia in 1932, were reactionary by the standards of both classical Sunni Islam and by the standards of the progressive Arab Nationalist movements that in subsequent decades would come to shape the post-colonial Arab world.

Saudi’s progress as a state was due almost entirely to the rise of oil as the world’s foremost commodity. As the price of oil rose in the 1970s, Saudi’s wealth rose accordingly, but its social development remained largely retarded.

While Nasserist Egypt, Gaddafi’s modern Libya and Ba’athist Syria and Iraq became bastions of modernity combining anti-imperialist foreign policy, with progressive socialist reforms melded with mainstream Islamic traditions, Saudi Arabia remained an intellectual backwater whose relationship with the United States came to be seen as a major stumbling block to the desired Arab unity of Arab Nationalist leaders in the region.

Even in spite of the neo-colonial wars waged upon the Arab world by the United States in the 21st century, Saudi Arabia is still considered socially reactionary while India is still technically a secular state. However, the direction the leadership in each country is taking, could not be more different.

Educational infrastructure and non-discriminatory educational opportunities were introduced across the vast country and the rights of women.

It is thought that in a matter of days, de-facto Saudi ruler Crown Prince Muhammad bin Salman (MBS) will become King. Before he’s even ascended to the throne, MBS is already the most controversial leader in Saudi history and his youth (32 years of age) means that he could possibly be the longest reigning monarch in the history of the Kingdom of Saudi Arabia.

Salman’s purges of powerful princes and ministers, his confiscation of private neo-feudal wealth, his plans to diversify the country’s economy and his stated desire to “return” to moderate Islam (Saudi Arabia never practices what most observers would call moderate Islam) and his attempts to gradually lift many restrictions on women in the Kingdom, all demonstrate a desire to take Saudi Arabia into the 21st century, in areas apart from the luxuries material wealth which is right now the only area where Saudi Arabia can call itself “modern”.

Is MBS a genuine reformer in the manner of Gamal Abdel Nasser, Hafez al-Assad and Muammar Gaddafi? The short answer is no. MBS is a committed capitalist whose reformist zeal is motivated by a desire not to turn Saudi Arabia into a progressive Arab Nationalist/socialist state but instead to bring Saudi Arabia from that of a feudal economy which is overly reliant on the United States and its European allies, into a semi-bourgeois capitalist society that is able to business with a wide range of countries including China and Russia. Even according to Marx, this is a step in the progressive direction.

By contrast, India under Narendra Modi of the Hindutva (Hindu extremist) Bharatiya Janata Party (BJP) is taking India far from the progressive roots of Jawaharlal Nehru.

India under Modi is restoring many old Hindu practices via both legal and supine measures. The position of minorities India, including and especially India’s large Muslim population has become increasingly unfavorable under Modi. Instead of debating how to mend historical disputes with China and Pakistan and peacefully settle the Jammu and Kashmir dispute, Modi’s government instead debates the best way to proscribe beef and the cultures where beef is considered an acceptable foodstuff–namely Islam.

The rights of women under the Modi government has been appalling with India facing a rape epidemic that is ignored by much of the world, though one which increasingly exorcises Indian women.

The disastrous fall out from Modi’s monetary reforms has been matched by an obstructionist attitude to China’s One Belt–One Road, even though this is still the best opportunity to bridge India’s wealth gap and alleviate poverty, that India has been presented with by any domestic source or by any foreign power.

Saudi’s progress as a state was due almost entirely to the rise of oil as the world’s foremost commodity.

To add insult to injury, it has now emerged that the Indian government has allowed the United States direct access to Russian ships and submarines operated by India in what could well become the straw that breaks the back of Russia and India’s deteriorating relationship in the Modi years.

Russia has described the incidents as “unfriendly” with many saying that this could be the final blow to a relationship which began even before India was fully independent. By contrast, the historically pro-American Saudi state is still basking in the success of King Salman’s recent visit to Moscow, the first such visit by any Saudi monarch.

In terms of both domestic policies and geopolitical alignments, India and the Kingdom of Saudi Arabia are going in totally opposite directions. The notorious closed and geo-strategically one-sided Saudi Arabia is slowing beginning to open up, while India’s internal opportunities are diminishing and its geopolitical position is becoming one that is almost entirely obstructionist.

Adam Garrie is the managing editor at The Duran and is a frequent guest on RT, Press TV, and Digital Divides. He is an expert on Asia/Eurasian, Middle Eastern, Russian and US history and politics. He tweets:@adamgarriereal..The views expressed are author’s own and do not necessarily reflect Global Village Space’s editorial policy.

Modi remains popular but faces disappointed voters in UP..!