While India is preparing to welcome President Trump on 24 February, authorities in Ahmadabad-the city to host Trump's welcome event- are erecting a 6 feet high wall along the road to hide the slums which is home to 2500 people. It is an attempt to cover up the government's neglect in the face of growing poverty in the country. 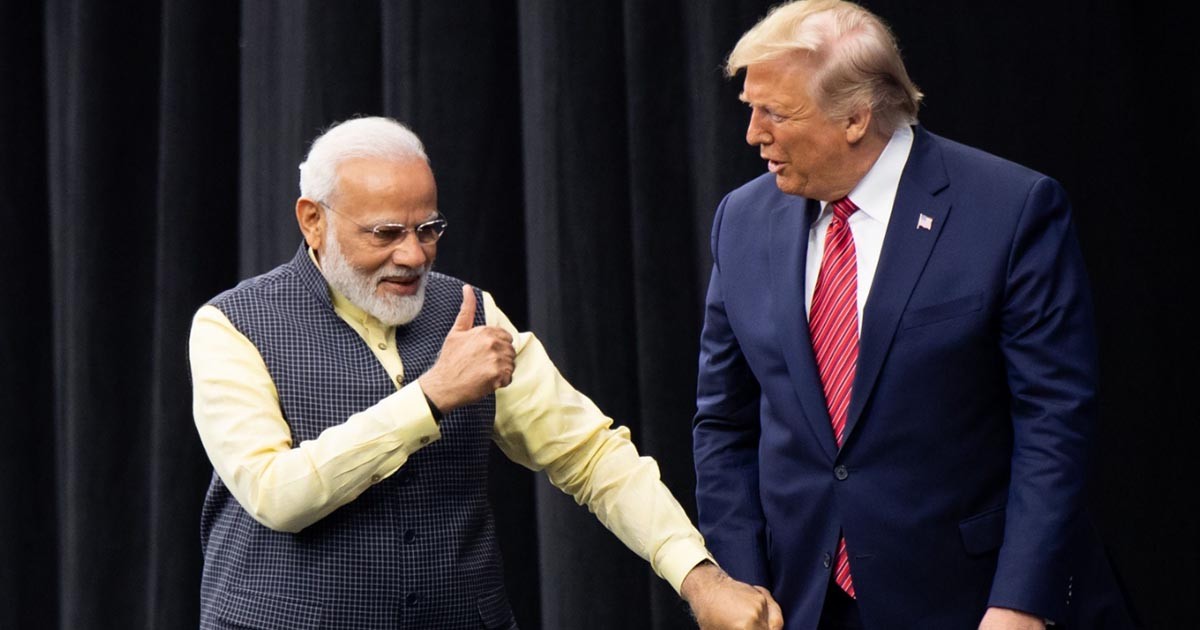 Officials in Ahmedabad, which is hosting a welcoming event for President Trump when he arrives in India, has brushed off reports that a wall hastily erected along the road from the airport was put there to obscure the slums.

With New Delhi preparing to roll out the welcome mat for US President Donald Trump and his wife Melania when they touch down in India on February 24, reports have emerged that some local authorities have taken pains to ensure that the US delegation is treated to a picture-perfect view as they hit the road in Ahmedabad, the largest city and former capital of the state of Gujarat.

Walling Poverty in Modi's India? The Ahmedabad civic body builds a 7ft wall to hide unseemly sights that may expose India's poverty, will not be shown to US President Trump roadshow with Modi. They are building walls on a war-footing to conceal slums on the route of the roadshow. pic.twitter.com/9NUACVGt7N

Local media reported that a wall standing as high as six feet lines the road leading from the airport to Indira Bridge. The structure, which is set to be about half a kilometre long, is built around the historic Saraniyavaas slum area, home to 2,500 people.

A wall that is over half-a-kilometre long and seven-feet-high is being constructed in Ahmedabad to hide a slum cluster from the view of US President @realDonaldTrump and PM @narendramodi.

Some say the wall, once constructed, will tower over the disenfranchised neighbourhood, essentially preventing anyone from catching a glimpse at what is going on behind the fence.

The fact that the construction effort appears to be timed with the impending Trump visit has prompted accusations that officials were attempting to cover up the grim reality. However, the head of the Ahmedabad Municipal Corporation, municipal commissioner Vijay Nehra, dismissed the speculation, saying that while the wall was indeed commissioned, it was a replacement for an old ramshackle structure that failed the test of time.

The wall is “only being rebuilt in place of an existing one that was broken,” Nehra told the Indian Express. He went on to note that while the wall’s height was listed at six feet in the project design, that was done by mistake. The blunder was only noticed after the media hyped up the issue, he said.

The main idea behind the project was to make sure that the “old dilapidated structure” would not cause any “safety issues,” he added.

Those parts of the wall that were already built at 6 feet will be modified, according to Nehra. “Some six-feet-high columns have already been built, which will be cut down to four feet.”

Sorry #ShaheenBagh,he's busy in Building 'The Great Wall of Ahmedabad'…

Located in the prime minister’s home state of Gujarat, Ahmedabad is set to become the centre of Trump-related festivities in India.

Indian PM Narendra Modi and Trump are expected to unveil the world’s largest cricket stadium – Motera Cricket Stadium – which will be the venue for the ‘Kem Chho Trump’ (How are you, Trump) event, modelled after the massive ‘Howdy, Modi!’ rally held in Houston, Texas. The September extravaganza attracted thousands of Indian Americans and was attended by Trump himself.

Trump’s visit to India aims to come up with a new trade deal as the preferential trade agreement with the latter was rescinded by President previously, that affected some $6 billion Indian goods to the US.

The new arrangments in trade relations between the two states are yet to be seen. But the US is already apprehensive of the growing military ties between New Delhi and Moscow. A row exists between the US and India over the latter’s alleged buying of S-400 Missiles defence system from Russia recently.