India denies Trump’s Kashmir mediator statement: “No such request made”

Indian Ministry of Foreign Affairs recently denied Modi having requested US President Donald Trump to mediate the Kashmir issue between India and Pakistan. 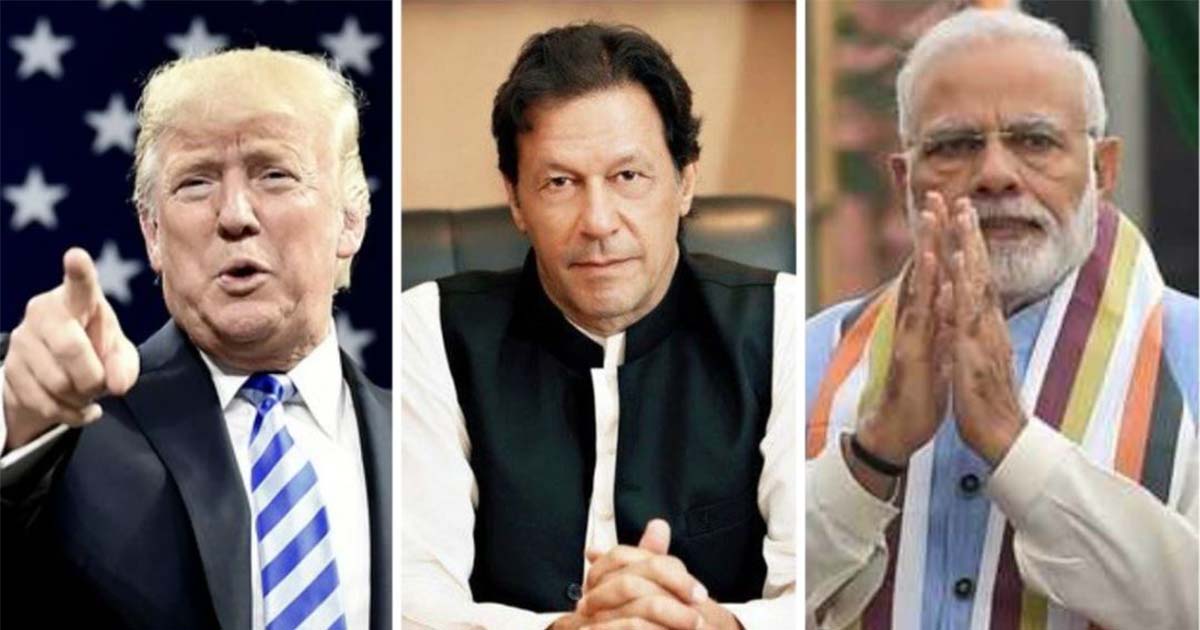 India is denying that its prime minister, Narendra Modi, ever asked US President Donald Trump to mediate in the long-standing dispute over Kashmir, after Trump made a comment about it in the meeting with Pakistan’s Prime Minister, Imran Khan, in Washington.

“No such request has been made by PM Narendra Modi to [the] US President,” Raveesh Kumar, spokesman for India’s Ministry of External Affairs, tweeted on Monday. “It has been India’s consistent position that all outstanding issues with Pakistan are discussed only bilaterally.”

Earlier in the day, Trump was hosting PM Khan at the White House and, in the course of a 40-minute press event, commented that Modi had asked him, two weeks earlier, to “be a mediator” in the Kashmir dispute.

He said this in response to a question addressing Imran Khan. Khan expressed his wish for the US would to push this process and enable diplomatic settlement with India. Khan described how over a billion and a quarter inhabitants of the subcontinent had been held hostage by the crisis for decades.

“We have tried our best, we made all overtures to India to start dialogue, resolve our differences through dialogue, but unfortunately we haven’t made headway,” PM Khan said, adding that he hopes the US might be able to bring India on the same page as Pakistan.

The Kashmir conflict goes back to the 1947 partition of India following the departure of British colonial authorities, which established the present-day Pakistan and Bangladesh as predominantly Muslim polities on the subcontinent.

Since then, the territory has been divided, with Pakistan controlling the northern and western parts, India the central and southern portion, and China taking possession of two areas in the northeast.

India and Pakistan, both nuclear powers, have repeatedly clashed over the disputed territory, most recently in February when Indian and Pakistani fighter jets clashed following India’s ceasefire violation in Kashmir, resulting in both Indian jets being destroyed and an Indian pilot being taken under custody by Pakistan.

Critics argue that, though Trump has painted himself as the ultimate deal-maker going back to his days as a real-estate mogul, his diplomatic efforts over the past two and a half years have not quite lived up to the hype. US efforts to achieve peace in the Middle East seem to have amounted mostly to recognition of Israeli claims, from Jerusalem to the Golan Heights. While a political proposal is awaiting the results of the upcoming Israeli elections, the economic plan touted by Trump’s adviser and son-in-law Jared Kushner last month failed to get any traction with the Palestinians.

Previous articlePresident Trump gifts cricket bat to PM Imran
Next articlePakistan will give up Nuclear weapons if India does: PM Khan

Mariyam Khalid - 17 September 2021
Postpartum depression and the integration of maternal mental health into health programs have been a global concern for a long time. A trend has been noticed that in women of child-bearing age, depression is widely responsible for the burden linked to mental disorders in infants.

17 September 2021
Previous articlePresident Trump gifts cricket bat to PM Imran
Next articlePakistan will give up Nuclear weapons if India does: PM Khan