India gives a shut up call to OIC on Kashmir

India has strongly rejected a request from Human Right Body of Organisation of Islamic Countries (OIC) to exercise caution in occupied Jammu & Kashmir. OIC had showed concern on reports of alteration of demographic and geographic aspects of Kashmir. New Delhi called it strictly an internal matter. 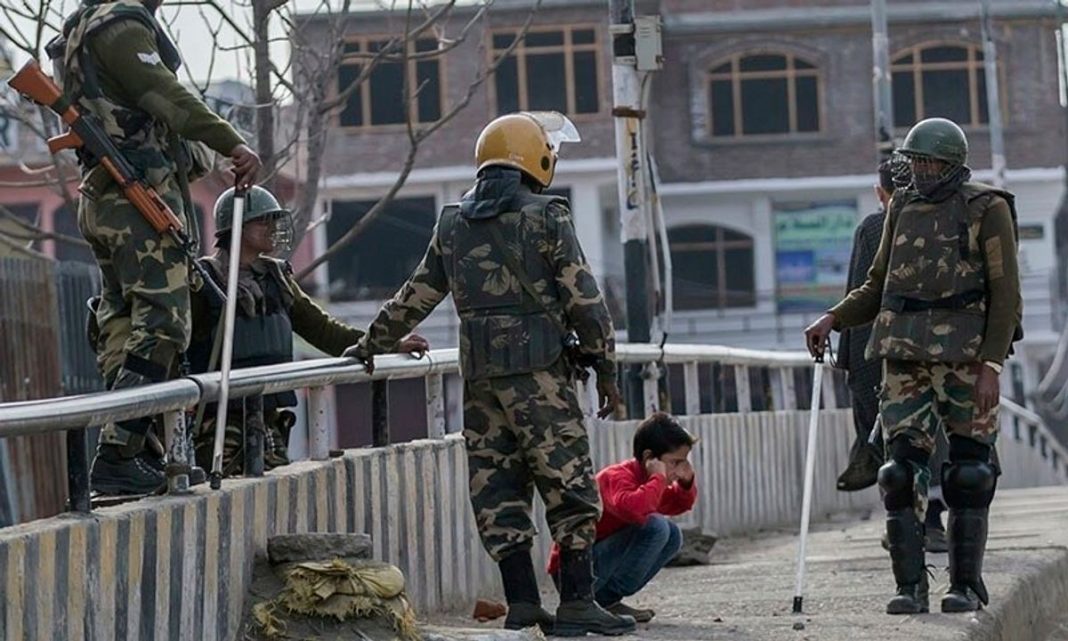 India on Thursday rejected the Organization of Islamic Cooperation’s (OIC) recent comments on human rights violations in Jammu and Kashmir, saying it has no right to comment on the country’s internal affairs. Analysts, in Islamabad, fear that India will not be disavowed from its policy of continuing brutality in the Occupied Kashmir.

Indian response to OIC was strong and unambiguous: “Our position is consistent on this matter and has no ambiguity. OIC has no locus standi in matters strictly internal to India, including that of the Union Territory of Jammu and Kashmir,” said Anurag Srivastava, spokesperson for India’s Ministry of External Affairs.

“We have in the past also reiterated that OIC should refrain from making unwarranted references on India.” Indian spokesperson insisted.

New Delhi’s response comes after the Human Rights Body of the OIC on Tuesday called for an end to “gross and systematic human rights violations” in Indian-administered Jammu and Kashmir.

The Independent Permanent Human Rights Commission urged the OIC to compel India to abandon efforts to alter the disputed region’s “geographic and demographic status,” allow fact-finding missions of the OIC and the UN, and “let Kashmiris exercise their legitimate right to self-determination.”

Concerns over demographic changes in Indian-occupied Jammu and Kashmir have persisted since New Delhi scrapped the region’s autonomous political status last August and allowed outsiders to buy land and apply for government jobs in the disputed territory.

Earlier, the human rights body of the Organization of Islamic Cooperation (OIC) wants a halt to Kashmir abuse by India. It demanded Tuesday that India be compelled to “halt rights violations” in Jammu and Kashmir.

In a statement on Twitter, the Independent Permanent Human Rights Commission (IPHRC) “urged the OIC to compel India to halt its gross and systematic human rights violations; refrain from altering the geographic and demographic status of Indian-occupied Jammu and Kashmir; provide access to UN/OIC fact-finding missions and let Kashmiris exercise their legitimate right to self-determination.”

The IPHRC said it made these demands during an emergency meeting of the OIC Contact Group on Jammu and Kashmir which was held via a video link on Monday.

It welcomed a statement by the group which urged India to “immediately” halt security operations against the people of Jammu and Kashmir and respect basic human rights, refrain from changing the demographic structure of the disputed territory as well as settle the conflict under the relevant UN Security Council resolutions.

The latest surge in violence in the disputed Himalayan valley this year has left over 100 suspected Kashmiri militants dead. Some 72 militants have been killed since the coronavirus pandemic emerged in the region on March 20.

Kashmir, a Muslim-majority Himalayan region, is held by India and Pakistan in parts and claimed by both in full. A small sliver of Kashmir is also held by China. Since they were partitioned in 1947, the two countries have fought three wars – in 1948, 1965, and 1971 – two of them over Kashmir.

Some 70,000 people, mostly civilians, have died over the past 30 years in Indian-Occupied Kashmir, monitoring groups say.

The fighting is between Indian soldiers – who number around 500,000 on the ground – and freedom fighters wanting either independence or union with Pakistan.

Clashes between security forces and militants – which often escalate as demonstrators gather – have been a near-daily occurrence since India launched “Operation All Out” after the death of charismatic freedom fighter Burhan Wani in 2016.

Also, in the Siachen Glacier region in northern Kashmir, Indian and Pakistani troops have fought intermittently since 1984. A ceasefire took effect in 2003. Some Kashmiri groups in Jammu and Kashmir have been fighting Indian rule for independence or for unification with neighboring Pakistan. According to several human rights groups, thousands have been killed in the conflict since 1989.

News Desk - 4 May 2021
Twitter has permanently suspended the account of Bollywood actress, Kangana Ranaut, for violating the rules of the social media platform.The actress had been vocal...

How is COVID exposing the dark side of the digital world?

PTI: Split, angry and confused over Public execution of child-rapists

6 year old girl raped by a rickshaw driver: Will the government respond?