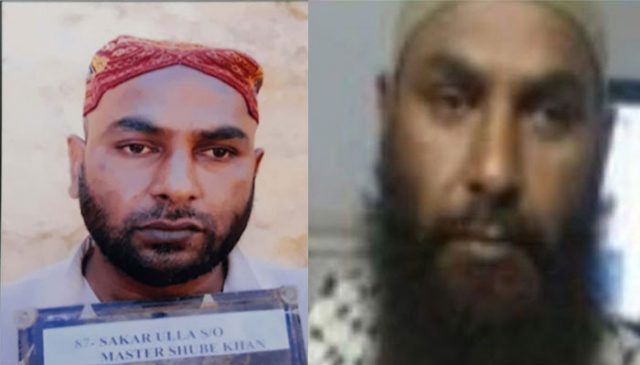 India has handed over the dead body of Shakirullah, a Pakistani prisoner, to Pakistani authorities at Wagah Border today. Shakirullah was in the Indian captivity since 2011 at Rajasthan’s Jaipur Central Jail. On February 20 he was stoned to death by inmates after a tiff, following a Pulwama attack on the Indian armed forces.

India had levelled unconfirmed accusations against Pakistan for supporting the terrorist activity in Indian Occupied Kashmir just five minutes after the incident. The angry inmates severely tortured Shakirullah and stoned him to death. Pakistan, in this regard, had lodged its protest with India after the inspector general of police (IG) for Rajasthan and in-charge of prisons Kapil Garg confirmed the news of Shakirullah murder.

On Friday, Pakistan had handed over the Indian Air Force pilot Wing Commander Abhinandan Varthaman to the Indian authorities through Wagah Border crossing as a “peace gesture” to de-escalate the tensions between India and Pakistan.

The Foreign Office of Pakistan said while in captivity, Abhinandan was treated “with dignity and in line with international law”. Indian Wing Commander Abhinandan was taken into custody after Pakistani Air Force shot down his MIG-21 jet when he intruded into the airspace of Pakistan on Wednesday.

Pakistan premier Imran Khan announced the decision to release him in a joint parliamentary session. His decision was lauded by the members of other political parties including opposition members as well.

While people in Pakistan praised the high moral ground taken by the Pakistan armed forces and PM Khan in case of Indian captive Abhinandan they also remorse the fact that Indian authorities failed to protect a Pakistani in their custody, and let him be beaten by his jail inmates, this according to them was a big blow to the humanity.

Previous articleUS offers $1 million reward to find bin Laden son
Next articleFor Modi, it is now do or die!

20 September 2021
Previous articleUS offers $1 million reward to find bin Laden son
Next articleFor Modi, it is now do or die!