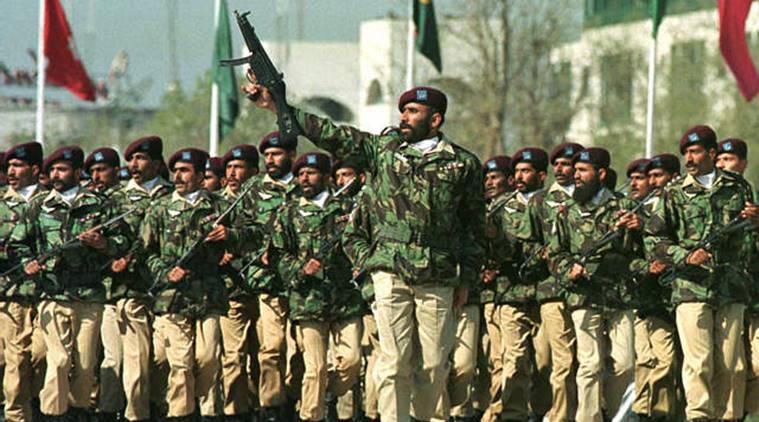 While sitting at a local café in New Delhi, a Hindu nationalist utters to his colleague, if you ask for milk we’ll give you pudding, if you ask for Kashmir we’ll tear you to bits. The ‘You’ here is referred to Pakistan, the neighbor that has been supporting its Kashmiri brothers right for self-determination for more than 70 years. However, things between the two nations have not been in control lately. Behind all the Pulwama fiasco, is the fascist mindset of India’s Prime Minister N.Modi who came into power in 2014 and hails from the RSS (Rashtriya Swayamsevak Sangh), which is an ideological backbone of his ruling Bharatiya Janata Party (BJP).

And as elections are around the corner in India and while Modi’s ratings are lower than ever due to his corruption, misgovernance, and state terrorism, the government of India backed by its state organs orchestrated a fabricated counter-terrorism attack on Pakistan for political mileage. But to their surprise, India’s tall and false claims were internationally thrashed when Pakistani Air Force shot down two of Indian Mi-21 fighter jets. So in so, an Indian pilot was also in Pakistan army’s custody, who was later returned to India as a peace-gesture.

The Rafale deal controversy sheds light on Modi’s corruption and nepotism. While Pakistan respects international law, it also understands the act of violation of its sovereignty.

What was even more surprising and important was the promise DG ISPR, Major General Asif Ghafoor made to Indians. He said, “I said that we will surprise you. Wait for that surprise. I said that our response will be different.” The action followed indeed! Words cannot do justice to describe the valor, bravery, and commitment of the Pakistan army and its spokesperson. DG ISPR’s single statement created so much panic across the border that many started to meet their loved ones. In reality, the downing of two Indian jets rejuvenated the memories of M.M Alam. In fact, in military history rarely do we find examples of such brilliance.

The closest example was Pakistan Air Force’s action against India in 1965 war where M.M Alam’s– the legendary war hero– record of shooting down five Indian warplanes in less than a minute reminds the world of the superiority of our defense excellence. Pakistan has always been a peace-loving nation but whenever it got challenged it made sure a lesson is taught to the enemy. This time as Pakistan is transforming itself as a regional economic power in the world, Indian belligerence clearly shows its frustration from the peaceful rise of its neighbors. Behind the mindset is the fascist ‘Akhand Bharat’ ideology of RSS and BJP.

The recent interview of Modi’s close aide, Ram Madhav on Al-Jazeera reiterated India’s dream to see Pakistan and Bangladesh reunited with India. And the current hawkish policy pursued by BJP to achieve its hegemonic ambitions through engineered terrorism attacks like Pulwama in Kashmir is the manifestation of the evil designs it has for the region. Let me assure you, if the world remains oblivious to Indian aggression, Pakistan will leave no stone unturned to protect its sovereignty and territorial integrity.

However, all conspiracies of Modi’s regime were thwarted when Pakistan army in coordination with Pakistan Air Force befittingly replied to India’s cross-border violations after which JF-17 Thunder fighter jets, Pakistan’s masterpiece of indigenous ingenuity left the enemy completely surprised and speechless when they chased down Indian Mig-21s out of Pakistani airspace and during the dogfight engagement shot down two of these Mig-21s. As a result, India faced international humiliation and embarrassment, which then raised questions of the effectiveness of India’s increasing defense spending.

DG ISPR reiterated, “Pakistan wants peace, India needs to understand war is a failure of policy.” The statement explicitly focuses on the need to create a peaceful environment in the near aboard so that nations could grow economically together.

The Rafale deal controversy sheds light on Modi’s corruption and nepotism. While Pakistan respects international law, it also understands the act of violation of its sovereignty. Therefore, when on 27th Feb 2019 Indian jets entered Pakistan’s airspace, the nation of Quaid had to respond and defend its honour and dignity because a Pakistani soldier would not be worth its salt if he didn’t respond. But thanks to Almighty, Pakistan has once again proved to the world that it has the capability to counter any aggression against its nation. Though Pakistan believes in the principles of peace and stability, India, on the other hand, wants war and degradation.

The shame, the guilt, the humiliation and the self-esteem of the Indian nation and Modi’s government touched new low during this whole saga, especially when Indian media relied on fake news to cover Indian Air Force’s lack of professionalism and the collateral damage India had to bear due to its failed misadventure. The recent suicide of the senior Indian Air Force wing commander, Arvind Sinha clearly elucidates the deep psychological defeat Pakistan has given to the aggressor, especially, when the international media refuted Indian media claims and supported Pakistan’s side of the story.

Read more: Pakistan will retaliate to any adventurism from India: PM Khan

I salute the acuteness of DG ISPR and the entire Pakistan media for maturely and genuinely reporting the facts and making international media gurus keep the inverted commons for Indian claims instead. The attempt by Modi to create an artificial atmosphere of national unity and fuel it by aggression against Muslim Pakistan to garner the Hindutva extremist vote-bank, sadly failed when the brave Muslim Pakistan Armed Forces taught the Modi regime a lesson. Despite such disgrace, the Modi government is still relying on its sponsored media to misinform its citizens. Such is an example of fake news in the world’s largest democracy.

Even the Rs.5000 crore spent by the Modi administration on media and publicity couldn’t help save Modi’s falling popularity. National leaders who are willing to sacrifice their own countrymen for political gains are not leaders but cowards who fear reality. Therefore, the international community and social media outlets should deactivate Modi’s account for promoting fake news and propaganda. They should remember that the United Nations obligates nations to promote free speech and originality.

However, war is not the solution and Pakistan believes in diplomacy and dialogue to resolve any outstanding issues with India. DG ISPR reiterated, “Pakistan wants peace, India needs to understand war is a failure of policy.” The statement explicitly focuses on the need to create a peaceful environment in the near aboard so that nations could grow economically together. But war impedes development and brings misery and melancholy.

Pakistan and India have greater internal issues such as poverty, unemployment, and climate change, which need transnational solutions, therefore all nations should avoid aggression and coexist peacefully but rest assured if someone thinks to challenge the existence of Pakistan then definitely we will tear ‘You’ to bits.

Ammar Akbar Chaudhry is alumni of St Antony’s College, University of Oxford. He is International Youth Ambassador at Global Youth Parliament, is a Defence Analyst, and author at ‘Hilal’ magazine, Pakistan Armed Forces. The views expressed in this article are author’s own and do not necessarily reflect the editorial policy of Global Village Space.

Is Nawaz Sharif threatening to become the next Mujibur Rahman?

Trump backtracks on suggestion U.S. troops could fire on migrants