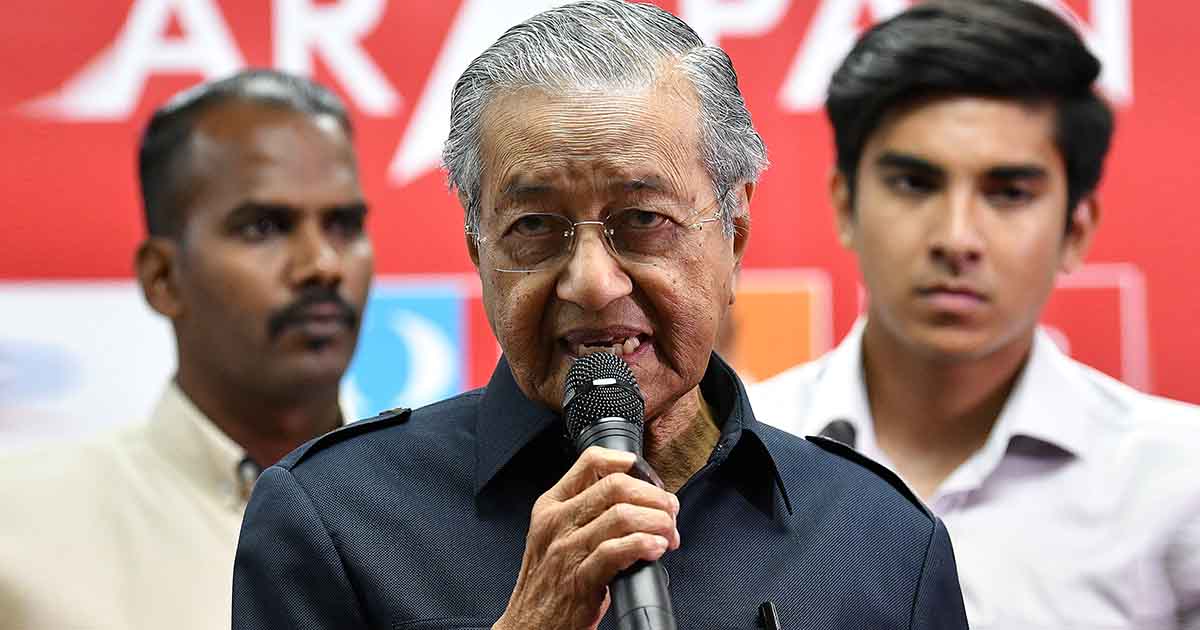 The Indian Ministry of External Affairs has summoned Malaysia’s incumbent head of mission in New Delhi to launch a diplomatic demarche over the remarks made by Malaysian Prime Minister Mahathir Mohammad on India’s recently approved and widely criticized Citizenship Amendment Act.

The statement stated that Dr. Mahathir’s remarks were “factually incorrect” and told him to avoid commenting on India’s internal affairs.

Indian media reported that upon summoning the Malaysian envoy, officials from the Indian Ministry of External Affairs lamented that Dr. Mahathir had yet again “remarked on a matter that is entirely internal to India.”

The newly passed bill allows citizenship for religious minorities in three neighboring countries, including Sikhs, Hindus, Buddhists, Parsis, Jains and Christians. However, it does not include Muslims

Dr. Mahathir Mohammad had expressed his criticism over India’s newly accepted Citizenship Amendment Act, observing that it was discriminatory towards Muslims. He regretted it was disappointing to see India, a secular nation, taking measures that would deprive its Muslim citizens of their citizenship.

Addressing reporters at the Kuala Lumpur Summit last Friday, Dr. Mahathir said, “Already, people are dying because of this law, so why is there a necessity to do this thing when all this while, for 70 years almost, they have lived together as citizens without any problems? If we do that here, you know what will happen.”

He added, “There will be chaos, there will be instability and everyone will suffer.” Earlier, Dr. Mahathir had irked many in New Delhi with his criticism of the deplorable situation in occupied Kashmir.

The Wire, quoting sources, reported that the Malaysian envoy was told that such comments are “neither in keeping with the accepted diplomatic practice of non-interference in each other’s internal affairs nor with the state of our bilateral relations”.

The Wire further added, “It was also conveyed that such remarks are both ill-informed and insensitive. Malaysia was asked to take a long-term and strategic view of the bilateral relations.”

The Indian Parliament has recently passed a highly controversial law, allowing fast-track citizenship to non-Muslim migrants from Pakistan, Bangladesh, and Afghanistan. The newly passed bill allows citizenship for religious minorities in three neighboring countries, including Sikhs, Hindus, Buddhists, Parsis, Jains and Christians. However, it does not include Muslims.

The Betrayal of India: A close look at the 2008 Mumbai terror attacks