Indian shelling in Kashmir has martyred four people, as India deflects its anger from humiliation by China on to Pakistan. This comes amid increasingly fraying Indo-Pak relations and subsequent action by both sides on their end of the Line of Control. 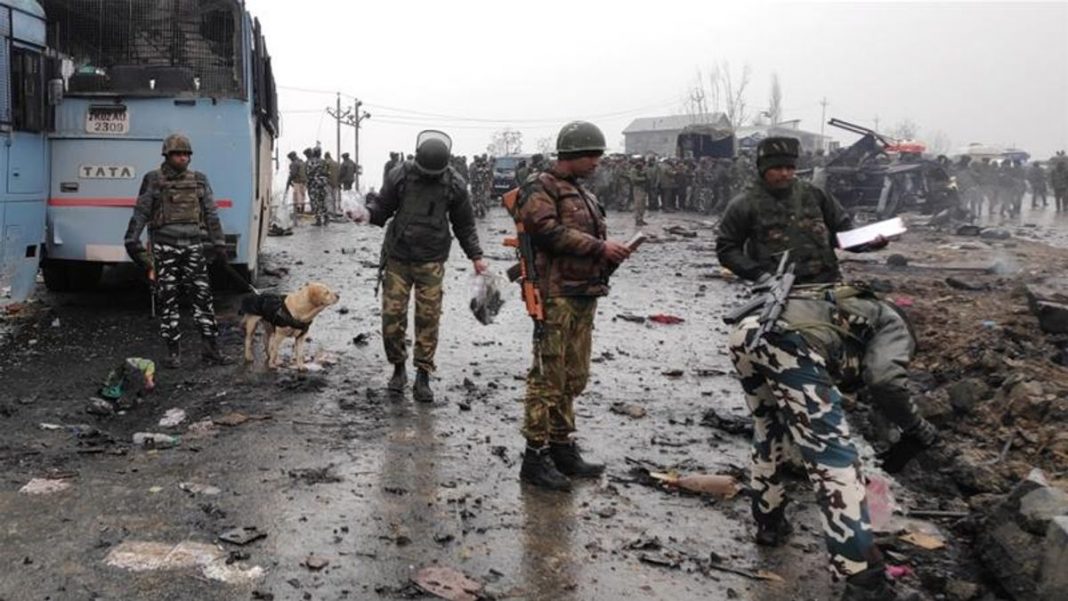 Four people have lost their lives in a shelling by the Indian army along the de facto India-Pakistan border in Kashmir, the Pakistan military and local officials said Wednesday. India martyrs four in Kashmir, even as it grapples with China on a different border in the same region, which ossifies Pakistani claims that India is going to use it as a scapegoat to unleash its anger on Pakistan.

Major General Babar Iftikhar said on Twitter that the Indian military had violated a ceasefire in the disputed region, killing four “innocent civilians” and wounding one more in the southern part of Pakistan-administered Kashmir.

Local officials said the deaths had been caused by artillery shells landing in two neighbouring villages.

The Indian foreign ministry did not immediately release a statement about the incident.

India and Pakistan have fought two of their three wars since independence over Kashmir.

Shelling and the exchange of fire across their Kashmir demarcation line is a near-daily occurrence, and in February 2019, they conducted tit-for-tat airstrikes. In the latest episode, India martyrs four in Kashmir when it started unprovoked shelling.

A new spat erupted this week after New Delhi accused Islamabad of torturing two Indian diplomats who had been arrested in an alleged hit-and-run in the Pakistani capital. Islamabad rejected the claims.

Islamabad maintains that the two Indian diplomats were released in line with the international principle of Diplomatic Immunity, and there was no harm caused to their person while they were in police custody. New Delhi has been skeptical about these claims, and continues to insist that the diplomats were subject to torture.

The fracas comes after New Delhi expelled two officials from Pakistan’s high commission on June 1 for alleged “espionage activities” — claims Islamabad has also rejected. Delhi declared the Pakistani diplomats ‘persona non-grata’ after alleging that they were spying on Kashmir-related developments for Pakistani intelligence. Islamabad issued a befitting rebuttal in this regard.

What’s next for Kashmir?

India has managed to assimilate the region into two Union territories, each with a governor appointed by the centre.

India and Pakistan have been engaged in a diplomatic stalemate since August 5th 2019, with each side not letting any opportunity to humiliate the other pass by. India accuses the Kashmir freedom movement of being backed and sponsored by Pakistan through alleged ‘proxies’. Pakistan claims that it is common knowledge that the movement is wholly indigenous. It maintains that it has no links to the Kashmiri people who protest for their rights, and repeatedly asks the world community to intervene.

Meanwhile, Indians maintain that the summer of 2020 is going to be extremely important for the security forces to root out ‘terrorism’ so that people are able to choose their representatives without any fear during the Assembly elections likely to be held in 2021.

This year may also be one of the last opportunities for Kashmiris to oppose the unilateral move by the central government abrogating their special status, and of demanding that they choose their own representatives.

Summer 2020 is, therefore, a watershed period that will decide whether J&K gets its much-awaited peace or whether its people are to wait in damnation for a longer time.

Kashmir is held by India and Pakistan in parts but claimed by both in full. A small sliver of Kashmir is also controlled by China. Since they were partitioned in 1947, the two countries have fought three wars — in 1948, 1965 and 1971, two of them over Kashmir. Some Kashmiri groups in Jammu and Kashmir have been fighting against Indian rule for independence or unification with neighboring Pakistan. Thousands of people have been killed and tortured in the conflict since 1989, according to several human rights organizations.