Protests in India against a new citizenship law that opponents say is anti-Muslim spread to other regions on Friday, a day after two people were shot dead by police in the northeast of the country. 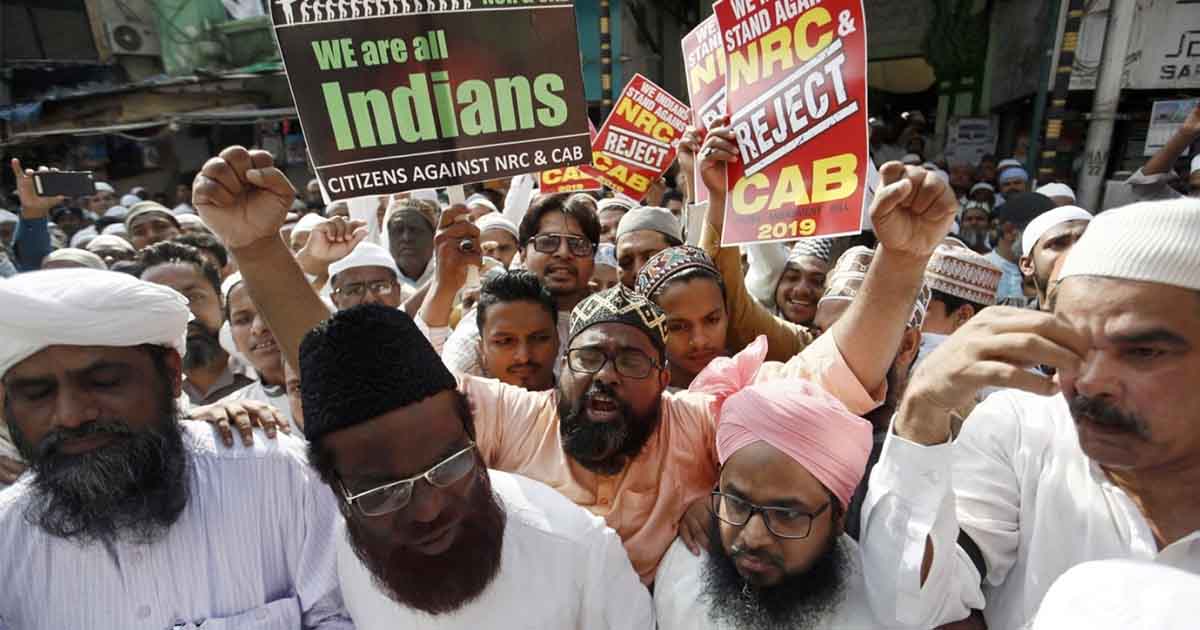 Protests in India against a new citizenship law that opponents say is anti-Muslim spread to other regions on Friday, a day after two people were shot dead by police in the northeast of the country, the epicentre of days of demonstrations.

Police with batons and firing tear gas clashed with hundreds of students in New Delhi, television pictures showed, as Muslim protesters set fire to placards in Amritsar and other rallies were held in Kolkata, Kerala and Prime Minister Narendra Modi’s home state Gujarat.

The Northeast India right now has split wide open with massive protests erupting in every state.

The nation rejects the Citizenship Amendment Bill. BJP govt's plan to push the people into conflict and instability will not be forgiven or tolerated. #CountryAgainstBJP pic.twitter.com/6esr8UieH0

The protests in Guwahati in the northeast, where medical staff earlier confirmed two people were shot dead out of 26 who were admitted to hospital with gunshot wounds on Thursday night, prompted Modi and Japanese counterpart Shinzo Abe to postpone a summit in the area slated for Sunday.

With four people still in a critical condition on Friday, the UN human rights office in Geneva called on India “to respect the right to peaceful assembly, and to abide by international norms and standards on the use of force when responding to protests.”

In Guwahati, the main city in Assam state, rioters on Thursday left a trail of destruction, torching vehicles, blocking roads with bonfires and hurling stones at thousands of riot police who were backed up by the military.

With the internet suspended in many areas of the city, several thousand people gathered for a sit-in protest on Friday and no major incident was reported. Many cash machines had no money, shops were shuttered and petrol stations closed.

Authorities in Meghalaya, another north-eastern state, cut off mobile internet and imposed a curfew in parts of the capital Shillong. Around 20 people were hurt in clashes there on Friday, reports said.

“They can’t settle anyone in our motherland. This is unacceptable. We will die but not allow outsiders to settle here,” protester Manav Das told AFP on Friday in Guwahati.

The Citizenship Amendment Bill (CAB) — approved this week — allows for the fast-tracking of applications from religious minorities from Pakistan, Afghanistan and Bangladesh, but not Muslims.

The CAB is a attempt by Modi-Shah Govt to ethnically cleanse the North East. It is a criminal attack on the North East, their way of life and the idea of India.

I stand in solidarity with the people of the North East and am at their service.https://t.co/XLDNAOzRuZ

For Islamic groups, the opposition and rights organisations, it is part of Modi’s Hindu nationalist agenda to marginalise India’s 200 million Muslims. Modi denies this and says that Muslims from the three countries are not covered by the legislation because they have no need of India’s protection.

The US State Department on Thursday urged India to “protect the rights of its religious minorities”, according to Bloomberg. The UN human rights office said it was concerned the law “would appear to undermine the commitment to equality before the law enshrined in India’s constitution”.

But many in the northeast object for different reasons, fearing that immigrants from Bangladesh — many of them Hindus — will become citizens, taking jobs and diluting the area’s cultural identity.

The passage of the law sparked angry scenes in both houses of parliament this week, with one lawmaker likening it to anti-Jewish legislation by the Nazis in 1930s Germany. The chief ministers of several Indian states — West Bengal, Punjab, Kerala, Madhya Pradesh and Chhattisgarh — have said they will not implement the law.

“It is completely unconstitutional and goes against the idea of India,” Aditya Mukherjee, a professor at Jawaharlal Nehru University, told the NDTV channel.

The road to ‘Strong & progressive India’ passes through Beijing, not Washington