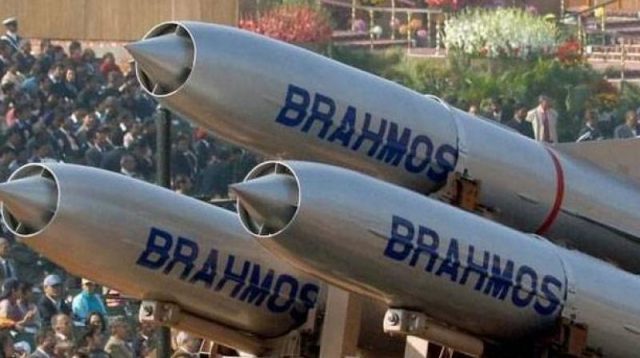 A BrahMos supersonic missile was successfully test fired by India on July 16 with an aim to “increase its life”. The test-firing was carried out under extreme conditions. This successful flight test carried out by BrahMos Aerospace and Defence Research and Development Organisation (DRDO) at 10:30 am from the Integrated Test Range (ITR) Balasore to validate the life extension technologies.

It was obvious that India wanted to showcase its thermonuclear capability as well as more advanced fission bomb designs, to enhance its status as a technologically advanced and powerful country which, was poised to play a major role at the international stage.

The test-firing was aimed at increasing the missile’s life from 10 to 15 years. BrahMos missile has a flight range of up to 290km with supersonic speed all through the flight, leading to shorter flight time, consequently ensuring lower dispersion of targets, quicker engagement time and non-interception by any known weapon system in the world. The missile can cruise at speeds of up to Mach 3.0, or three times the speed of sound.

Missile destructive power has also been enhanced due to a large kinetic energy on impact. Its cruising altitude can be up to 15km and the terminal altitude is as low as 10 meters. It carries a conventional warhead weighing 200 to 300kg. BrahMos missile has already been inducted in Indian Army and Navy. It will be soon part of the Air Force fighter jet Sukhoi 30 MKI.

The word BrahMos is a portmanteau derived from the names of two rivers- the Brahmaputra in India and Moskva in Russia. The missile is a joint venture between the Defence Ministry’s research arm DRDO and Moscow-based rocket design bureau NPO Mashinostroyeniya (NPOM). The BrahMos has demonstrated multiple abilities, such as land-attack, anti-ship, and capability of being launched from different platforms. DRDO and the Indian Army last test-fired a supersonic BrahMos cruise missile on May 24.

At that time, New Delhi was testing BrahMos’s deep dive capability. This deep dive Brahmos seems to be directed at China given Mishra’s explanation that it is useful in mountains and against aircraft carriers. The Sino-Indo border region that has seen repeated border skirmishes for decades (as well as a brief war in 1962) is extremely mountainous.

Earlier in June, India had tested an Agni 5 missile. Currently, India has Agni-I missiles with a range of about 430 miles along with Agni-II, Agni-III, Agni-IV – ranging between 1,550 and 2,175 miles – and Agni-V with a range of 3,100 miles. Agni-VI, with a range of up to 6,200 miles and capable of being launched from a submarine, is currently under development.

Missiles are a major component of India’s nuclear capability. Many analysts designate India as the major cause of nuclearization of the Indo-Pak subcontinent. India demonstrated its nuclear prowess, for the first time, in May 1974, though it chose to call that nuclear explosive test a ‘Peaceful Nuclear Explosion’ (PNE). This characterization served to alleviate international pressure and sanctions, and provided a convenient smokescreen for the global powers to react mildly to this development. The other reason for India to not declare itself as a nuclear weapons power in 1974 was the fact that it did not possess requisite nuclear delivery systems, except a few WW-II vintage Canberra bombers.

BrahMos missile has a flight range of up to 290km with supersonic speed all through the flight, leading to shorter flight time, consequently ensuring lower dispersion of targets, quicker engagement time and non-interception by any known weapon system in the world.

It also did not have the wherewithal to establish an effective and operationally viable nuclear command and control structure. It, therefore, feared that if it prematurely declared its nuclear status, it might be subjected to a pre-emptive Chinese strike. India’s focus, then, shifted to greater investments in its space and missile programs. It initiated, in 1983, an Integrated Guided Missile Development Program (IGMDP) aimed at producing an anti-tank missile Nag, a short range surface to air missile Trishul, a medium range surface to air missile Aakash and, most importantly, a short-range nuclear-capable ballistic missile Prithvi as well as a medium range nuclear capable ballistic missile Agni.

India later added a Cruise missile BrahMos (a joint Russian-Indian venture) and longer range versions of Agni series of missiles with Agni five approaching the ICBM range. It has also tested Submarine Launched Ballistic Missiles and has been experimenting with a Ballistic Missile Defense (BMD) program, for over a decade now. Once space and missile capabilities started to mature, India felt confident enough to bring its nuclear weapons capability out of the closet. During Narasimha Rao’s premiership, India had planned to conduct another nuclear test which, was scheduled in December 1995.

However, international and domestic factors compelled New Delhi to delay and later on conduct three nuclear tests on the 11th of May 1998, including a claimed ‘thermonuclear’ test. They went on to conduct another two ostensibly low yield tests on 13th of May 1998. It was obvious that India wanted to showcase its thermonuclear capability as well as more advanced fission bomb designs, to enhance its status as a technologically advanced and powerful country which, was poised to play a major role at the international stage. This forced, neighbor, Pakistan to follow suit and achieve nuclear capability in response to Indian hegemonic designs.