India won Shoaib Akhtar support now that Pakistan is Out 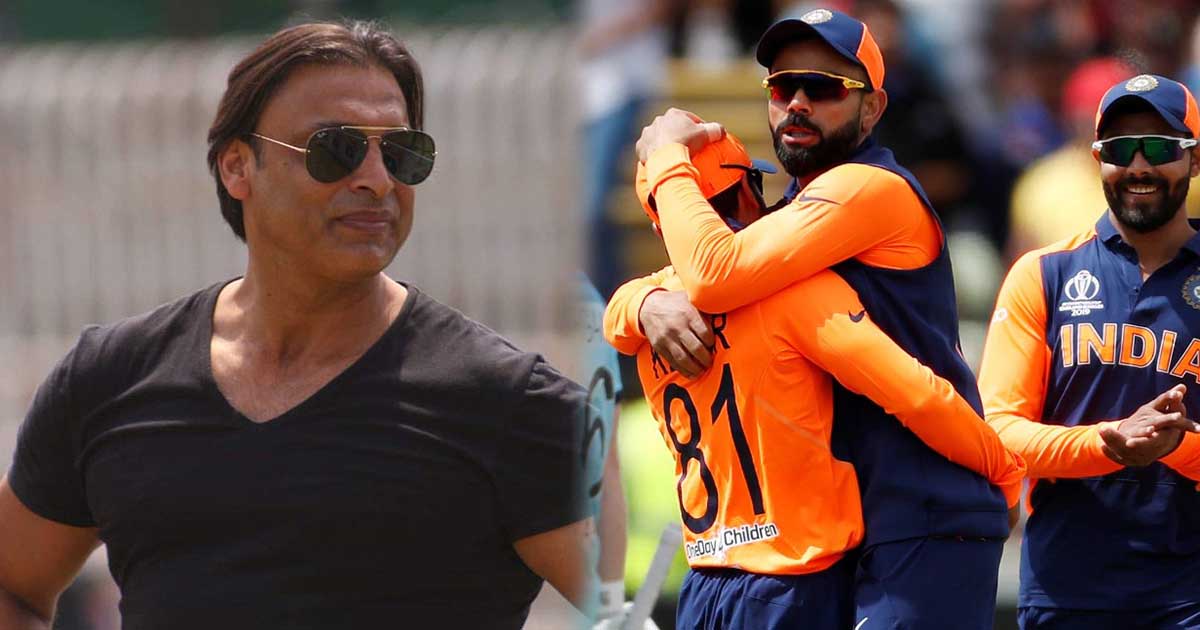 Former pacer Shoaib Akhtar has announced his support for the Indian Cricket Team in the ongoing ICC World Cup 2019. The winning teams from the two semi-finals will vie for the title on 14th July 2019.

He, however, remarked that the net run rate system is a cruel thing and that Pakistan played better than New Zealand in the group matches. Akhtar also wished that the Cricket World Cup should come back to sub-continent.

“Pakistan played better than New Zealand. I really thought they would make it but the net run rate is a cruel thing.”

Rohit Sharma has great timing and shot selection. His understanding of the game is also superb. K.L. Rahul also got his ton which is a good thing.

India’s game against New Zealand was washed out without a single ball being bowled. Virat Kohli and Co. will take on the same opponent in the semis in Manchester on Tuesday.

“New Zealand can’t take the pressure. I hope they don’t choke this time. But I really want the World Cup to stay in the subcontinent and I think, I will back India all the way,” Akhtar said on his YouTube channel.

He also appreciated the tremendous performance of Indian batsman Rohit Sharma throughout the tournament, who scored his tournament’s fifth century against Sri Lanka on Sunday. Rahul scored 111 to get his maiden World Cup hundred.

“Rohit Sharma has great timing and shot selection. His understanding of the game is also superb. K.L. Rahul also got his ton which is a good thing,” added Akhtar.

Regarding Pakistan’s performance, he expressed his disappointment for not qualifying for the semi-finals despite equaling New Zealand with 11 points.

Can India cross the barrier? Will it be a walk in the park?

Will it be an upset? Can New Zealand give a phainta to India & reach their 2nd World Cup Final?