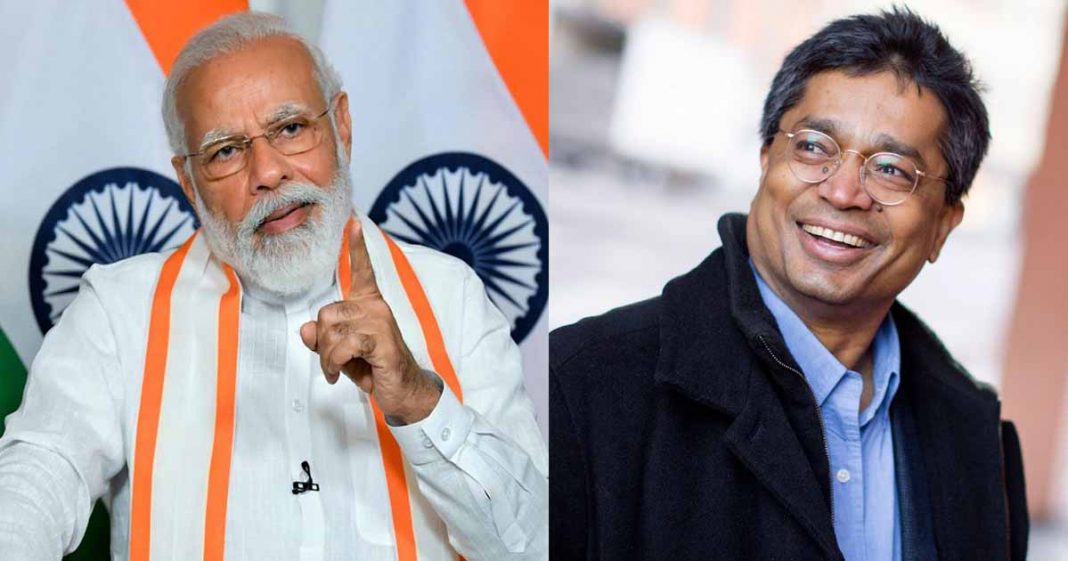 Ashok Swain, a scholar of Peace and Conflict Research who is currently teaching at Uppsala University in Sweden, claimed that Indian Prime Minister (PM) Narendra Modi had lied about Balakot airstrike.

The scholar took to social-networking website and posted, “If there are no Chinese soldiers on the Indian side of the Line of Actual Control (LAC), why Leh based India’s Lt General meeting the Chief of China’s Southern Xinjiang Military District on 6 June? To drink tea?”

Do you have doubts? I have been telling this from the day itself that missiles missed the target! https://t.co/064Fxg7EVA— Ashok Swain (@ashoswai) June 4, 2020

Modi had lied about Balakot and Doklam, he added.

On February 27, 2019, Pakistani jets flew across the Kashmir ceasefire line as a show of strength, hitting open spaces after locking on to military targets.

PAF downed two Indian jets, and detained one of their pilots Abhinandan. New Delhi confirmed the loss of one of its planes. India had demanded the “immediate and safe return” of the pilot. Pakistani authorities released Indian pilot as a goodwill gesture.

Ashok Swain, Professor of Peace and Conflict Research at Uppsala University, Sweden, wrote an insightful article ‘India must remember that Balochistan is not Bangladesh’ in 2016 and explained the exceptional case of Balochistan. He believes that “It is no secret that India has been supporting the separatists in Balochistan in their fight against Pakistani military without openly admitting it”.

Modi has forgotten Balochistan for four years now but his Bhakts still have not realized that he has fooled them! https://t.co/LYBg9jXo6b— Ashok Swain (@ashoswai) May 8, 2020

After maintaining that Balochistan is not Bangladesh he also notes that Baloch activists have repeatedly admitted to receiving India’s ‘moral’ support and a representative of Balochistan Liberation Organization (BLO) has been living in New Delhi since 2009. Pakistan has been regularly accusing India of using its consulates in Jalalabad and Kandahar to fund, train and arm Baloch militants. A decade back, senior officials of Pakistan had even alleged that 600 Baloch tribals were being trained by India’s Research and Analysis Wing (RAW) in Afghanistan to handle explosives, engineer bomb blasts, and use sophisticated weapons.”

Professor Swain further notes that Pakistan has apparently failed to provide much proof about Indian involvement, however, according to the 2010 WikiLeaks cables, US and British intelligence cautiously agrees with the Pakistani accusations. Last year, Pakistan had handed over a dossier to the UN Secretary-General containing ‘evidence’ of Indian support to violence in Balochistan.