GVS's Editor Strategic Affairs analyses how the Indian strategic community has been debating how to establish a "New Norm" in South Asia. The Balakot raid, after a manufactured Pulwama wound, was a serious attempt in that direction; it failed because of a new assertive government in Islamabad, but more will follow.

Indian strategic community – influenced by actions of Israel and the United States in the Middle East – has been debating how to establish a “New Norm” in South Asia. For India to emerge as the unquestioned rival of China in the East, it has to achieve a submissive Pakistan. Balakot Raid, after a manufactured Pulwama wound, was a serious attempt in that direction; it failed because of a new assertive government in Islamabad, but more will follow – analyses GVS’s Editor Strategic Affairs

This time, however, the BJP decided to take it a step further by opting for a ‘limited’ military adventure against Pakistan. In order to achieve this, the Modi regime blamed Pakistan for the Pulwama attack, without any evidence – and despite an offer for a joint investigation from Prime Minister Imran Khan.

This led many analysts to conclude that the attack in Pulwama was what is known as a ‘false flag event’, a casus belli manufactured to justify military aggression.

The stage was thus set for India and Pakistan – two South Asian Nuclear powers to come face to face after 1971. The global powers intervened and tried to defuse the situation; however, Prime Minister Modi rejected such offers of mediation and decided in favor of military escalation against Pakistan.

On February 26th, the Indian attack culminated in an airstrike carried out by 12 Indian Air Force Mirage-2000 aircraft that dropped the Israeli made Spice-2000 precision-guided bombs on a hilltop located in the Pakistani town of Balakot.

On the following morning of February 27th – Pakistan Air Force struck back in Jammu by dropping precision-guided, standoff munitions at the Indian Army’s Brigade Headquarters located in Jammu along with other targets of military importance.

In an attempt to intercept the Pakistani fighter jets, the Indian Air Force scrambled its aircraft, one of which – a Mig-21 Bison of the No. 51 Squadron was shot down inside Pakistani airspace; its pilot Wing Commander Abhinandan was captured and later returned to India. Simmering tensions marred the following weeks.

Brief exchanges of fire continued at the Line of Control, Pakistan intercepted an Indian Scorpion-class submarine in the Arabian Sea, and there was a credible threat of Indian cruise missile attacks in Pakistan – which were successfully deterred by Pakistan.

Ever since the end of the cold war, the Indian deep state sought to pitch India to the Western powers as a counterweight to China.

For this purpose, India aggressively carried out diplomacy in the 90s and aligned itself closely with the West after 9/11. India liberalized its markets in the early 90s, paving the way for vast amounts of western investments in Indian. Consequently, India strengthened its diplomatic relations by leveraging its consumer markets.

Indian has also carried out extensive lobbying efforts against Pakistan in the western capitals to damage Pakistan’s international standing and to reduce the economic and military support Pakistan received from the West, especially from the United States.

In this context, it becomes imperative for India to accurately map international reactions – should it go to war with Pakistan. In February last year, Indian leaders felt that the entire global power system could not ignore India and would have no choice but to support India against Pakistan, should India chose to exercise its military options.

Indian leadership wanted to gauge how the international community would react in case of an Indian attack on Pakistan, especially reactions from major Western capitals such as Washington DC, Berlin, London, and Paris.

That is so because the Modi government has been actively engaging those Muslim countries through trade and diplomacy and by inviting their investments into the Indian economy – to drive them away from Pakistan, thus denying wartime support to Islamabad from its Muslim allies.

In short, Indian deep state had to test the effectiveness of Modi’s ‘isolate Pakistan’ policy to determine its extent and efficacy and whether Pakistan would receive any international support should India chose to attack Pakistan.

The Indian deep state felt that Pakistan was left politically divided after the elections in 2018. From India’s perspective, Pakistan’s political parties were so divided that they would not support Imran Khan’s government against India.

This miscalculation may have contributed to the decision making in Delhi in the planning phases of the Balakot airstrike. New Delhi maintained cordial relations with the former Prime Minister Nawaz Sharif for years and saw him as a ‘safer option’ who not only remained passive towards India but also actively subverted Pakistan’s military.

New Delhi saw Imran Khan as a destabilizing factor who was close to Pakistan’s powerful military and remained unpredictable.

The Indian decision to attack Balakot, just a few months into Khan’s government, can be seen as an attempt to undermine and delegitimize him by making him look weak to the Pakistani nation.

The Indian policy planners were working under the assumption that Khan was inexperienced and a pacifist, therefore he would be unable to offer equivocal retaliation against Indian militarism.

It is to be seen as a calculated gambit that would have served desired objectives, had Khan been reluctant to offer military reprisals on the following day. It would not only have undermined his government but would also have damaged Pakistan’s deterrence.

Will the Military Fight for Imran Khan?

India saw Imran Khan’s government as a threat to Indian supremacy in South Asia because the Khan administration effectively neutralized the civil-military imbalance in Pakistan.

All of a sudden, the Pakistani military and the government united behind aggressive policies on Kashmir, Afghanistan, CPEC, and the Middle East. India saw it as an undoing of its strategic interests in Afghanistan, Chahbahar port in Iran, and the Indian Ocean region.

The Indian deep state desired to find out whether the synergy between Pakistan’s civil-military leadership was a credible threat or a deception created by Pakistan. They wanted to see if the Pakistani military would actually be willing to fight on Imran Khan’s orders.

The outcome of this exercise would help India understand the depth of Pakistan’s civil-military relations, which has been anathema for Pakistan for the past many decades.

Widespread confusion over Pakistan’s Nuclear Command and Control (C2) in India had to be addressed. There was a widespread belief in Indian strategic circles that Prime Minister Nawaz Sharif did not exercise any actual control over the deployment of Pakistan’s nuclear weapons.

The Indian deep state wanted to determine, whether the change of guard in Islamabad also meant a change in Pakistan’s Nuclear Command and Control – especially if the Prime Minister Imran Khan was in actual control of the nuclear weapons deployment in case of a shooting war with India.

It is to address this aspect that the Prime Minister summoned a meeting of the National Command Authority. Further signaling was carried out during Prime Minister’s interviews with foreign television channels, effectively communicating that Prime Minister Imran Khan has the so-called ‘Nuclear Football’ at his disposal.

Indian military feels that the Pakistani military’s conventional warfighting capability has drastically been reduced as it has been engaged in counterinsurgency operations ever since 9/11.

The Pakistan military has seen degradation and depletion in its war stocks and serviceability over the past two decades due to ongoing operations.

As per Indian military thinking, this has turned Pakistan’s military into a police force – which is incapable of fighting a long, drawn-out, daggers drawn war. In this context, the Indian military was ‘taking a dip’ of the Pakistani military preparedness in Balakot. 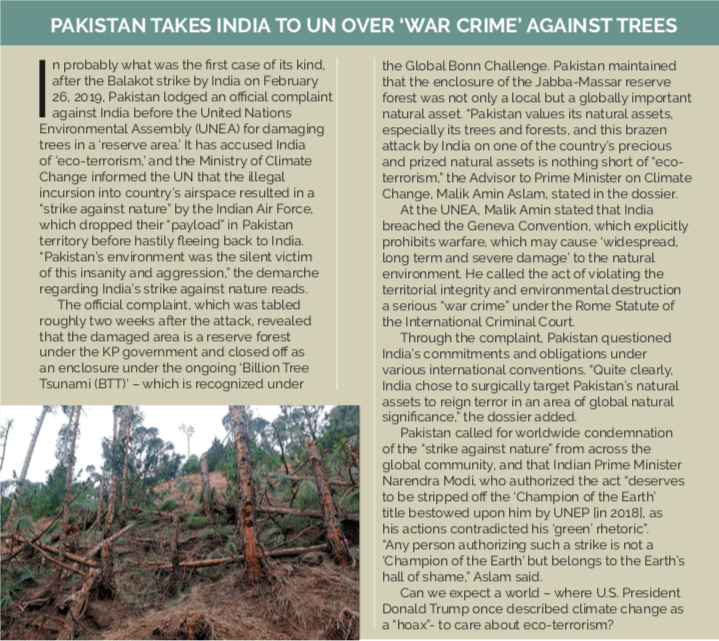 It was trying to determine reaction time, strategies, deployment patterns, and other steps Pakistan would take to manage escalation dynamics with India.

It was also trying to assess the capabilities Pakistan has recently acquired and the impact on the battlefield dynamics, such as the F-16 C/D Block-52+ aircraft, AMRAAM Missiles, Air Borne Early Warning aircraft, and the capabilities of Pakistan’s upgraded radar and air defense network.

India also challenged Pakistan on the ground at the LOC as well as at sea by deploying its submarine which was detected and intercepted successfully by Pakistan Navy. This was done to gauge Pakistan’s military preparedness across all domains, perhaps for a larger conflict in the future.

Ever since the early 2000s, the Indian military has been developing a ‘non-nuclear’ military doctrine known as the ‘Cold Start Doctrine’. This doctrine revolves around the development of the so-called ‘Integrated Battle Groups’ made up of various Strike Corps of Indian Armed Forces.

The objective of the Cold Start doctrine is to inflict a quick and decisive military defeat on Pakistan through shock and awe tactics under 72 hours, without provoking a nuclear reaction from Pakistan.

The Balakot raid was a litmus test for India’s inter-services synergy because this episode tested the fundamental parameters of tactical levels of escalation between Pakistan and India – thus validating certain aspects of the Cold Start doctrine.

Read more: From East Pakistan to Bangladesh: What went wrong?

The Balakot airstrikes were a calculated action to determine Pakistan’s political, military, economic, and diplomatic preparedness, which would play a decisive role in a Cold Start scenario. India desired to test Pakistan’s preparedness and decision-making levels, ranging from non-linear engagement, all the way to strategic escalation. 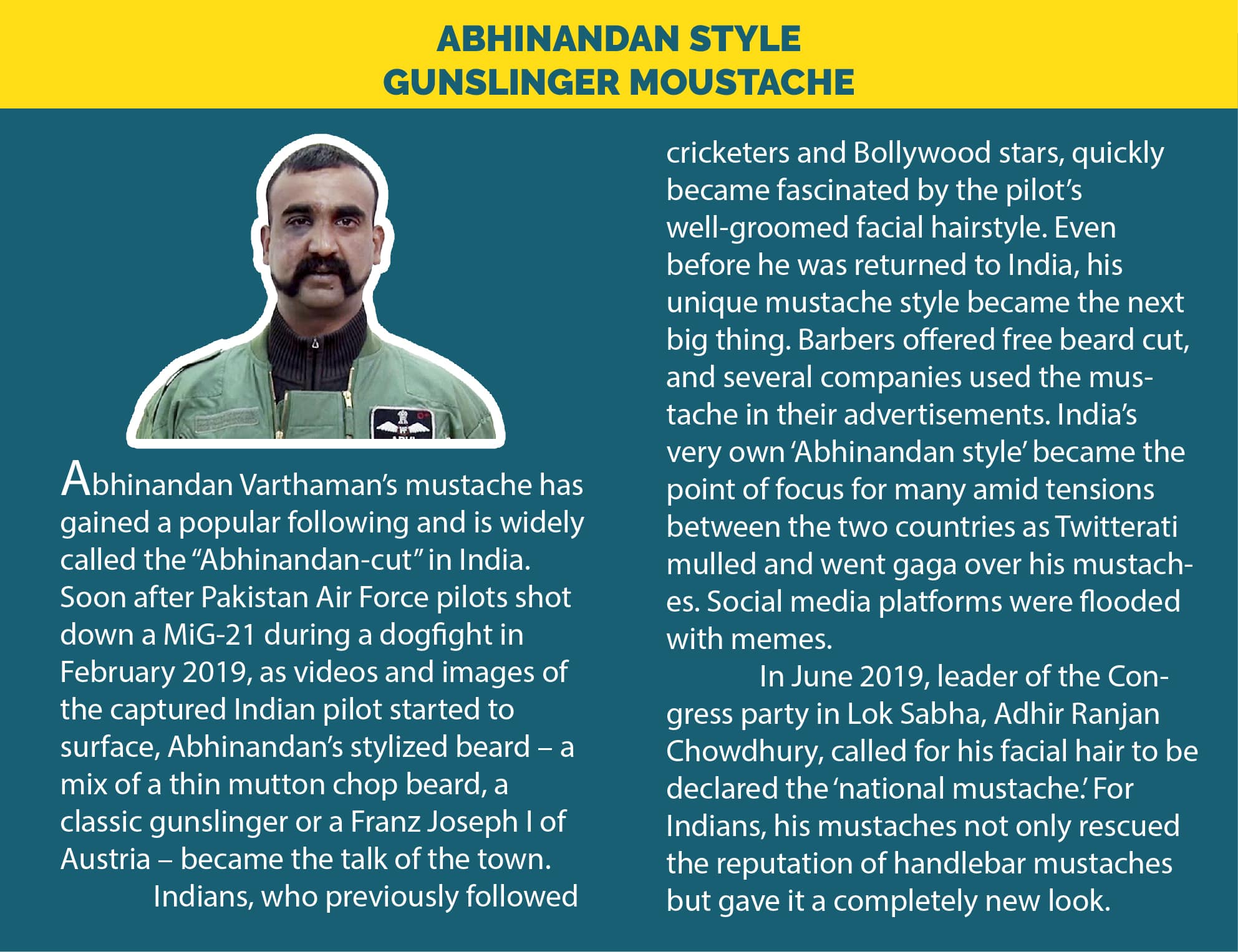 India also had an opportunity to look into its own shortcomings and weaknesses to identify areas where improvements can be made. It is evident from the shopping spree; the Indian military has been on since the Balakot showdown.

Empowered by the Hindu fascist government in Delhi, and equipped with a fresh understanding of the battlefield dynamics, the belligerent Indian generals shall embark upon their next large scale militaristic adventure against Pakistan.

Shahid Raza is Editor Strategic Affairs at GVS. He serves as the Director of Geopolitical Research at Command Eleven. He is also a Policy Consultant and a writer who conducts independent research and analysis for Katehon Think Tank, Sputnik Radio International, and the Geopolitica Russia.

How Kashmir remains a pawn for the BJP’s political engineering?

Delegation of US lawmakers arrive in Taiwan amid soaring China tensions

Will Pakistan be able to collect crucial WC qualifying points?