India’s indigenously manufactured surface to surface ballistic missile, Agni-III, failed its maiden night test launch and plunged into the sea shortly after it was launched. 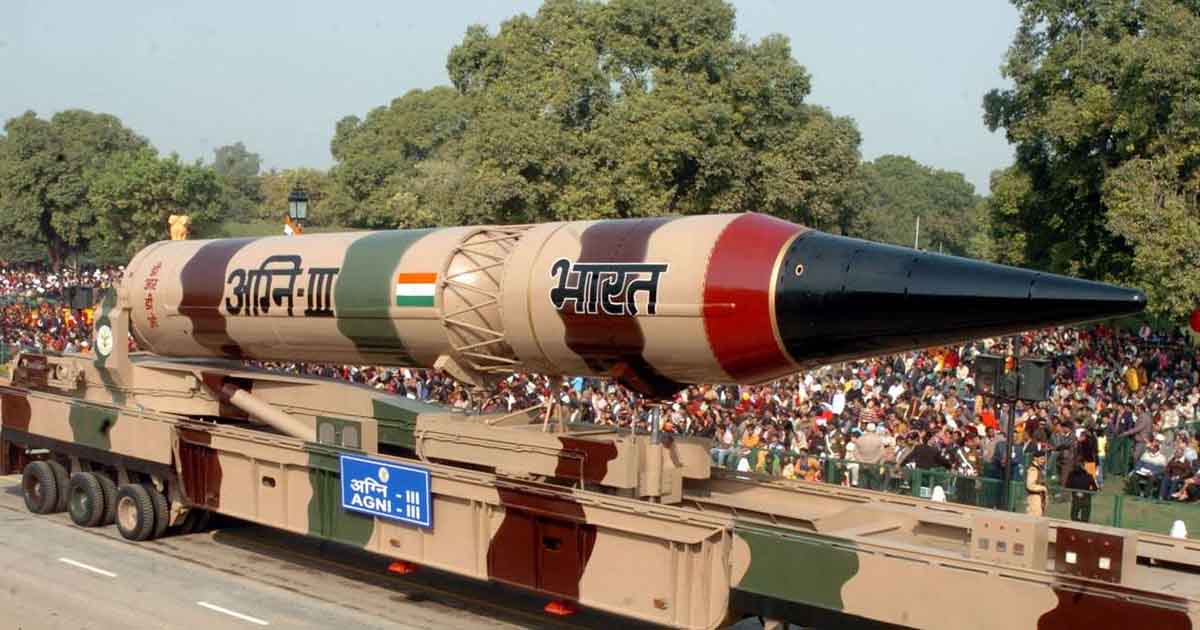 The Indian military’s highly anticipated Agni-III ballistic missile turned out to be a massive disappointment as it failed during its maiden night test launch, on Saturday and crashed into the sea shortly after it was launched.

Indian media reports reveal that the missile lurched into the sea after the first-stage separation was conducted. The launch was conducted from the Abdul Kalam Island, near India’s Odisha coast.

The Made-in-India surface-to-surface Agni-III missile ended in ‘failure’. The missile tumbled into the sea after first phase separation after travelling 115 km, @TheHemantRout reports for @NewIndianXpresshttps://t.co/7NgUgyBWXP

The Agni-III ballistic missile holds the capability of transporting nuclear and conventional warheads, with a weight capacity of up to 1.5 tonnes, and a reported range of over 2000 km.

Indian media reports reveal that the reason behind Agni-III failure appears to be a “manufacturing defect”. The made-in-India surface to surface missile deviated from its travel path and crashed into the sea.

Indian newspaper The Express quoted a ‘highly placed source’ as saying, “The missile traveled around 115 km into its initial flight trajectory when things went awry. It deviated from the flight path forcing the mission team to terminate it midway.”

The test of the Agni-III surface to surface missile was considered “very crucial” as it was significant in substantiating the technical parameters and its readiness to handle weapons during the dark hours of the night. The trial was conducted as part of the user-training exercise of the Indian Army.

So far, the exact technological fault behind the failure of the Agni-III remains unknown, however, the preliminary reports investigating the failure reveal that manufacturing defects caused the missile to deviate from its flight path.

The source added, “Staring from the launch to the first phase separation, everything was smooth in accordance with the mission plan. But suddenly it started behaving abnormally. It could be possibly due to metallurgical defects.”

The missile used in the user-training test was randomly chosen from the product lot. The Agni-III has been powered with cutting edge avionics, and an advanced onboard computer that aids in correcting and guiding in-flight disturbances. However, none of these features aided the missile in focusing on its flight path.

It is interesting to note that this is not the first failure reported in the Indian Army’s Agni series missiles. The Agni-I and Agni-II also failed during the development and user trials.