The Indian government in Assam is releasing a new policy to register every citizen and most of the immigrants fall short of criteria and among them most are Muslims. Muslims have faced persecution, hatred and mob lynchings in India 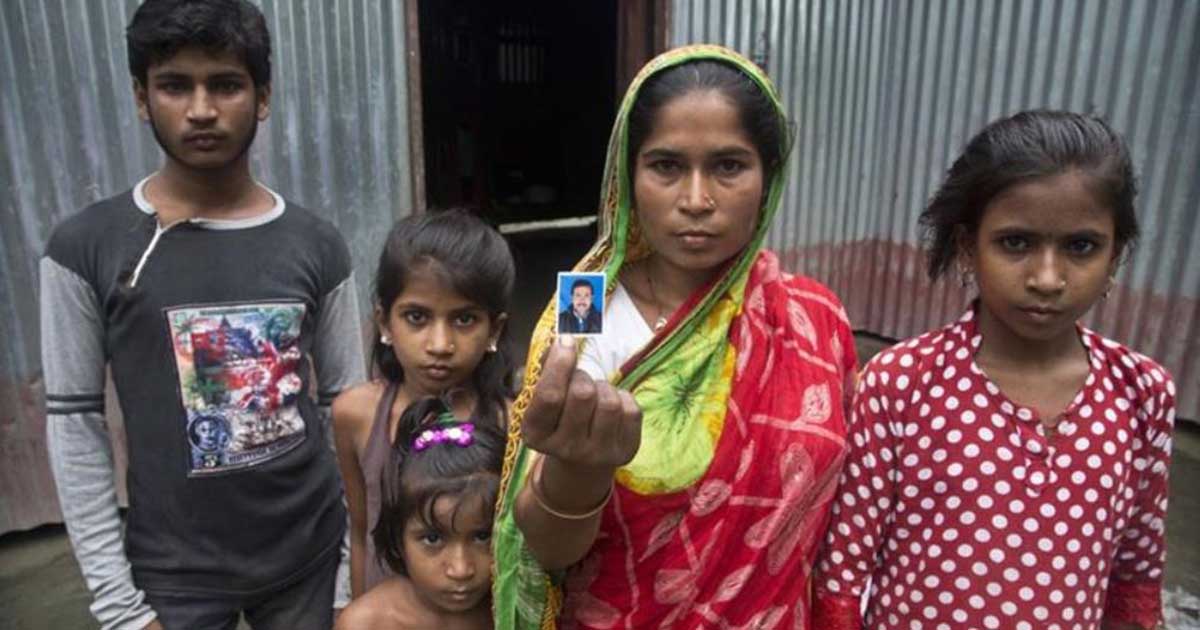 Almost two million people in northeast Indian region were left facing statelessness on Saturday after the state of Assam published a citizenship list aimed at weeding out “foreign infiltrators”, in a process the central government wants to replicate nationwide.

A total of 31.1 million people were included in a final National Register of Citizens (NRC), but 1.9 million were deemed ineligible, according to a statement from the Assam government. Most of those excluded were Muslims.

Assam, an impoverished isolated state of 33 million, has long seen large influxes from elsewhere, including under British colonial rule and around Bangladesh’s 1971 war of independence when millions fled into India.

For decades this has made the Indian state of Assam a hotbed of inter-religious and ethnic tensions. Sporadic violence has included the 1983 massacre of around 2,000 people.

This has led to pressure from those who see themselves as genuine Assamese for a lasting solution – which they hope will come from the NRC released on Saturday.

Only those who can demonstrate that they or their forebears were in India before 1971 could be included in the list.

But navigating the complex process is a huge challenge for many in a region of high illiteracy where many lack documentation.

In January India’s lower house passed legislation that grants citizenship to people who moved to India from Bangladesh, Pakistan, and Afghanistan as recently as six years ago – as long as they are not Muslims.

This has stoked fears among India’s 170-million Muslim minorities for their future.

Home Minister Amit Shah, Modi’s right-hand-man, has called for the ejection of “termites” and said before the BJP’s thumping re-election victory in May that it would “run a countrywide campaign to send back the infiltrators”.

Those left off the NRC have 120 days to appeal at special Foreigners Tribunals, which the government says are being expanded in number.

But critics say that tribunal members can be underqualified and are subject to “performance” targets and that the entire process has been riddled with inconsistencies and errors.

The number of errors has also turned some in the BJP in Assam against the process, with Himanta Biswa Sarma, a BJP minister in the state, saying it had left off “so many genuine Indians”.

“We have lost hope in the present form of the NRC,” Sarma told reporters, saying that the party was already mulling a “fresh strategy on how we can drive out the illegal migrants”.

Those who have been rejected by the tribunals and have exhausted all other legal avenues can be declared foreigners and – in theory – be placed in one of six detention centers with a view to possible deportation, although Bangladesh is yet to signal its cooperation.

Ten new such camps have been announced. One with space for 3,000 is being constructed in Goalpara, west of Assam’s capital Guwahati.

“I can be a part of [the} Indian army but not India.” In India, authorities have made a list of legal residents who can work, vote & enjoy the rights of citizenship. It excludes 4M Bengali-speaking Muslims who have lived in India for generations. @USATODAY https://t.co/TgrInn35Ei pic.twitter.com/baEidPPmzn

The camps currently hold 1,135 people, according to the state government, and have been operating for years.

Nur Mohammad, 65, spent almost 10 years in one such camp until a Supreme Court order saw him released this month.

“I just want to ask them what is my crime? I was born here and lived in Indian state of Assam all my life,” he told AFP. “I don’t know if my name will be in the NRC or not.”

Media reports say that there have been more than 40 cases of suicide caused by concern over the NRC.

Samujjal Bhattacharya from the All Assam Students’ Union (AASU), a key driver behind the NRC, said the register was necessary to protect Assam’s indigenous “sons of the soil”.

“We are not ready to live here like second-class citizens in our own motherland,” he said.