Indian Deputy High Commissioner Gaurav Ahluwalia had a meeting with convicted RAW spy Kulbhushan Jadhav on Monday, at a sub-jail. Sources reveal that the meeting lasted for over an hour. Pakistan had extended access to India a week earlier. 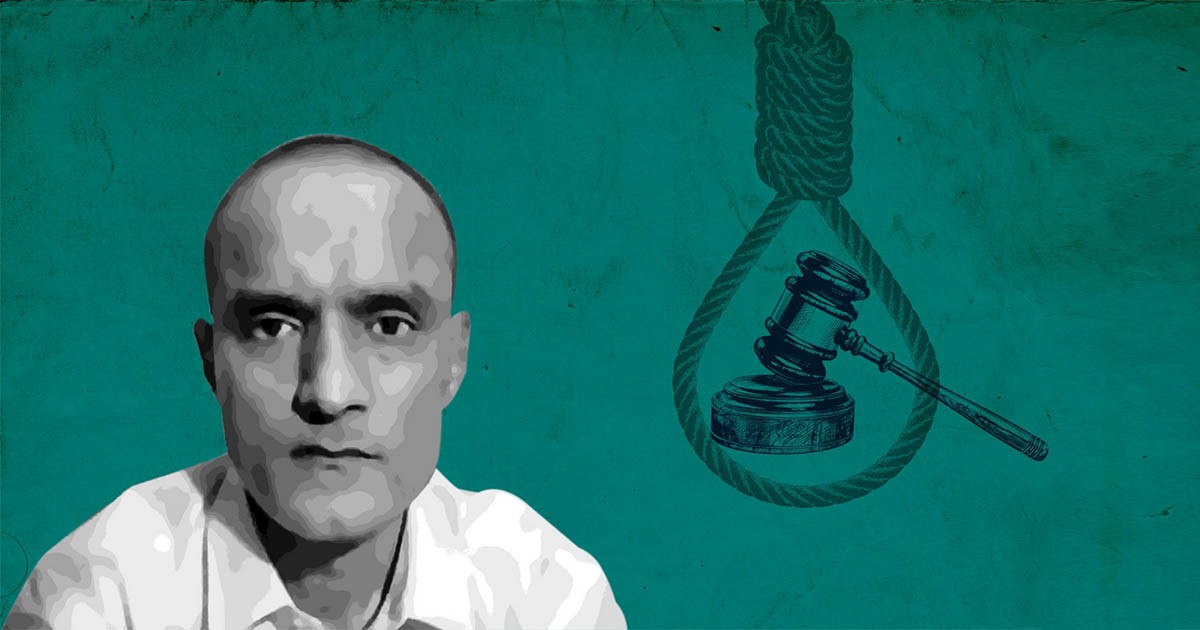 Indian Deputy High Commissioner, Gaurav Ahluwalia, met with convicted RAW spy Kulbhushan Jadhav on Monday, at a sub-jail. Pakistan has formally granted consular access to the convicted Indian spy, as per the judgment ruled by the International Court of Justice.

Ahead of the consular meeting with the convicted RAW spy, the Indian High Commissioner Gaurav Ahluwalia arrived at the Ministry of Foreign Affairs in Islamabad.

Then, he was allowed to meet with Kulbhushan Jadhav, who has been held in Pakistan after his voluntary confession and being convicted on charges of espionage and abetting terrorism across Pakistan. No official statement has been issued with regards to the consular meeting.

The sources did not reveal the exact details of the meeting, including the venue of the sub-jail where Jadhav was allowed to avail consular access given the sensitive nature of the matter. Reports suggest that the meeting lasted for over an hour.

Kulbhushan Jadhav, alias Hussein Mubarak Patel, was arrested by the Pakistani security personnel on 3rd March 2016 in a counter-intelligence operation in Balochistan

Speaking to reporters earlier on Monday, a senior official of the Indian government confirmed that New Delhi has accepted Islamabad’s proposal to initiate consular access. The Indian official noted that India hopes that “Pakistan will ensure the right atmosphere so that the meeting is free, fair, meaningful and effective in keeping with the letter and spirit of the ICJ orders”.

Earlier on Sunday, Pakistan had announced its decision to provide Kulbhushan Jadhav with consular access, as per the July 17 judgment of the International Court of Justice (ICJ) and in line with the resolutions of the Vienna Convention.

Sharing the news via his official Twitter account, Ministry of Foreign Affairs spokesperson Dr. Faisal had said, “Consular access for Indian spy Commander Kulbhushan Jadhav, a serving Indian naval officer, and RAW operative, is being provided on Monday 2 September 2019, in line with Vienna Convention on Consular relations, ICJ judgment & the laws of Pakistan.”

Earlier last week, addressing a regular press briefing at the Indian Ministry of External Affairs, spokesperson Raveesh Kumar had also confirmed that they had received Islamabad’s proposal to initiate consular access for convicted RAW spy Jadhav. Kumar had said that New Delhi was examining Pakistan’s proposal in light of the ICJ verdict.

Raveesh Kumar had said that New Delhi would communicate with Pakistan on the matter of consular access through diplomatic channels.

Kulbhushan Jadhav, alias Hussein Mubarak Patel, was arrested by the Pakistani security personnel on 3rd March 2016 in a counter-intelligence operation in Balochistan. He was tried in a military court, and on 10th April 2017, he was awarded a death sentence in light of his involvement in aiding and abetting terrorist activities in Balochistan and Karachi.

In June 2017, convicted Indian spy filed a petition for mercy against the death penalty, followed by a voluntary confession of being a RAW operative who led operations of conducting terror activities on Pakistani soil.

In December 2017, Pakistan had allowed Jadhav to meet with his mother and wife. While Jadhav expressed his gratitude at the meeting in a video, issued by the Pakistani authorities, the Indian officials accused Pakistan of harassing Jadhav’s family during the meeting, claiming that the meeting was held in an environment of “coercion.”

Jadhav however, claimed that he felt that his mother was “being threatened” by the Indian diplomat or government official who had accompanied her.

In his previous confession, Indian Spy Commander Kulbhushan Jadhav expressed anger over ill-treatment of his mother+wife (by Indian officials) when they came to meet him.#KulbhushanJadhav
pic.twitter.com/dZPWjpxrdn— Hasaan Shah! (@Warwounded__) July 17, 2019

India approached the International Court of Justice to demand the acquittal, release, and return of Navy Commander Kulbhushan Jadhav, however, it did not offer any clarification about the passport bearing the name of Hussein Mubarak Patel, which Jadhav had used to travel 17 times.

In the final judgment of the ICJ, announced on 17th June, Pakistan was asked to provide consular access to Jadhav in line with the Vienna Convention. However, India’s requests for acquittal, release, and return were rejected outright.

The ICJ verdict stated, “The court notes that Pakistan acknowledges that the appropriate remedy in the present case would be effective review and reconsideration of the conviction and sentence.”

It added, “The Court notes that the obligation to provide effective review and reconsideration can be carried out in various ways. The choice of means is left to Pakistan.”

The Ministry of Foreign Affairs had announced that as a responsible state, Pakistan will provide consular access to Jadhav in line with the Vienna Convention and the ICJ verdict.