As if CAB was not enough, a disturbing video of school children in Karnataka re-enacting the demolition of Babri mosque hit the internet. The video perturbed a bevy of Indians that calls for pluralism and vouches for a democratic and inclusive society. 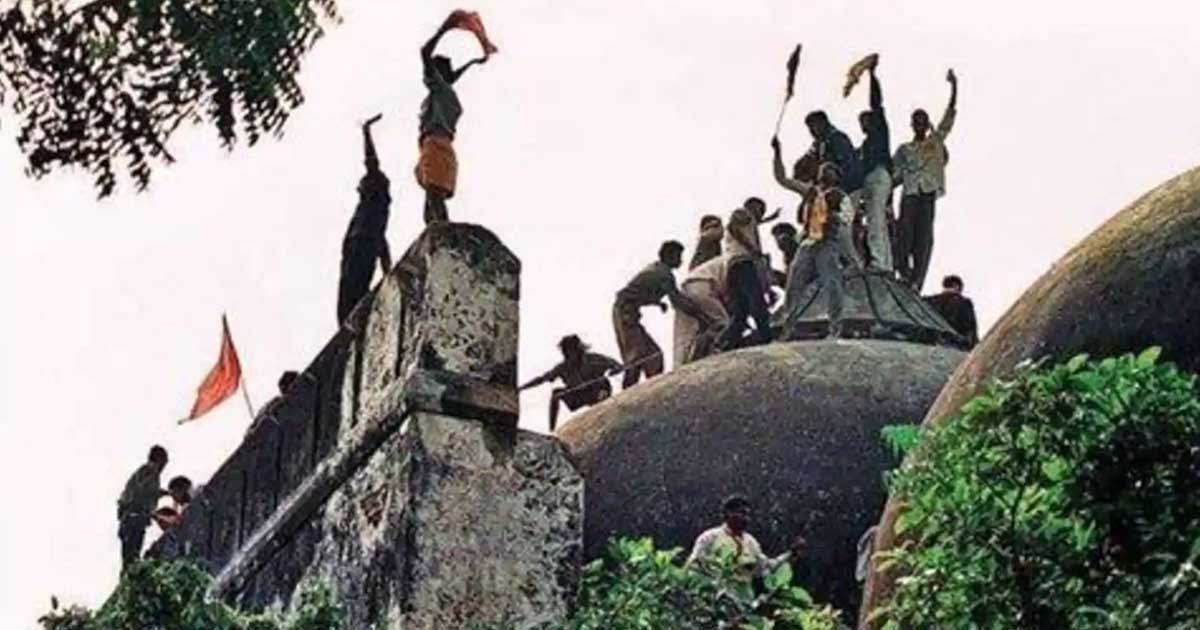 Indian school defended the re-enactment of the demolition of the Babri Mosque by children at a cultural event.

Kalladka Prabhakar Bhat, the school’s management trustee and an influential RSS member in the coastal districts of Karanataka, defended the reenactment of the Babri Mosque by Hindu mobs in 1992. The school officials said they were promoting the ‘national’ pride among the students.

The school officials brushed off the criticism, asserting that it was not anti-Muslim. Adding that each year, the school chooses a historical event for a reenactment at a cultural show. Last year, students reenacted India’s ‘moon mission’.

This is the future of education in India when the RSS-BJP takeover of our society is complete.

And this is why it's our duty to resist.pic.twitter.com/eg7IPzz3zw— Srivatsa (@srivatsayb) December 16, 2019

“Nothing was said against Muslims. There was no need even to speak about it. It only showed the demolition,” he added. Adamant Bhat argued that the reenactment taught children how to live for the country and how to eradicate ‘insults to the nation, persisted that it not ‘anti-Muslim’.

Kiran Bedi, a policewoman-turned-politician and Sadanand Gowda, a union minister of BJP attended the event as chief guests.

Police have registered the case against five school officials after the complaint was registered against them.

Agreed… India will scattered into pieces if remains under Bjp rule anymore..

The incident happened on Sunday during the cultural celebrations at Sri Ram Vidyakendra High School. The viral video received a severe backlash from the people after Congress Party’s Lavanya Balla posted the video on her Twitter account.

An Indian school has defended its students' re-enactment of one of the most divisive episodes in the country's history – the demolition of the Babri mosque by Hindu mobs in 1992. https://t.co/u4BmtEey3a— Khaled Beydoun (@KhaledBeydoun) December 18, 2019

Educating children to hate those who are different — Indian school makes its students re-enact the demolition of the Babri mosque by Hindu mobs in 1992 to promote national "pride" among the students. A union minister and a lieutenant governor were presenthttps://t.co/32aeCeWYZj— Alfons López Tena (@alfonslopeztena) December 17, 2019

RSS Kalladka Bhatt School recreated Babri Mosque demolition – the function was attended by @thekiranbedi @LGov_Puducherry as per her own posting along with others listed in her post – Atrocious
Ballent misuse of Constitutional post @zoo_bear @snapnchat @BhavikaKapoor5 @ndtv pic.twitter.com/rRP6wIb6Yf

The narrator’s passionate commentary in the background, a large number of students set upon the huge poster of Babri mosque. The poster depicted the image of a violent Hindu mob climbing the mosque. The children were seen jumping and cheering after they brought down the poster. Students received huge applause from the crowd as well.

The social media users criticized the video, commented that making children reenact India’s divisive incident amounts to indoctrinating their minds with intolerance and contempt for other religions. These children will become a pawn in propagating the hostile agendas of extremist groups.

The video of the children came at a time when India is struck by anti-government demonstrations against the Citizen Amendment Bill. Indians fear that such incidents will further intensify the communal disputes in the country.

The video of the event ‘Kreedotsava’, shows school children, dressed in white and saffron, tearing off a huge poster of Babri mosque.https://t.co/WqO3QZw3Hb— Yahoo India (@YahooIndia) December 18, 2019

@thekiranbedi in today's newspaper there is headline that u were a guest at a event where student did foreplay of demolition of babri mosque is it is true??
What kind of message u people r trying to give to the masses at large
U as governor needed to stop it— Abulhasan (@Abulhas97106898) December 18, 2019

Meanwhile, Amit Shah of BJP, in a statement on Monday said that they will construct a sky-touching temple at the site of the Babri mosque. His statement reflected the government’s apathy towards easing the tensions in the country.

Indian Muslims suffered a major setback after India’s Supreme Court decided in favor of the Hindu community. The disputed land of Babri Mosque was given to Hindus, who contested the land that it was the birthplace of Hindu deity, Lord Ram while Muslims had argued the land belongs to them since they have been worshipping at the site for centuries.

We are not insulting Muslims. We just showed destruction of their mosque. 🤦🏾‍♂️🤦🏾‍♂️ https://t.co/nm705bRvmc

A school in Indian state of Karnataka made students re-enact the demolition of the Babri mosque during its annual sports and cultural celebration pic.twitter.com/5kHDezSWhb— TRT World (@trtworld) December 18, 2019

Already inflamed with the SC’s Ayodhya verdict, the CAB has incited further resentment among the Muslim population of India.

UN concerned about children schooling; a quarter-billion out of school