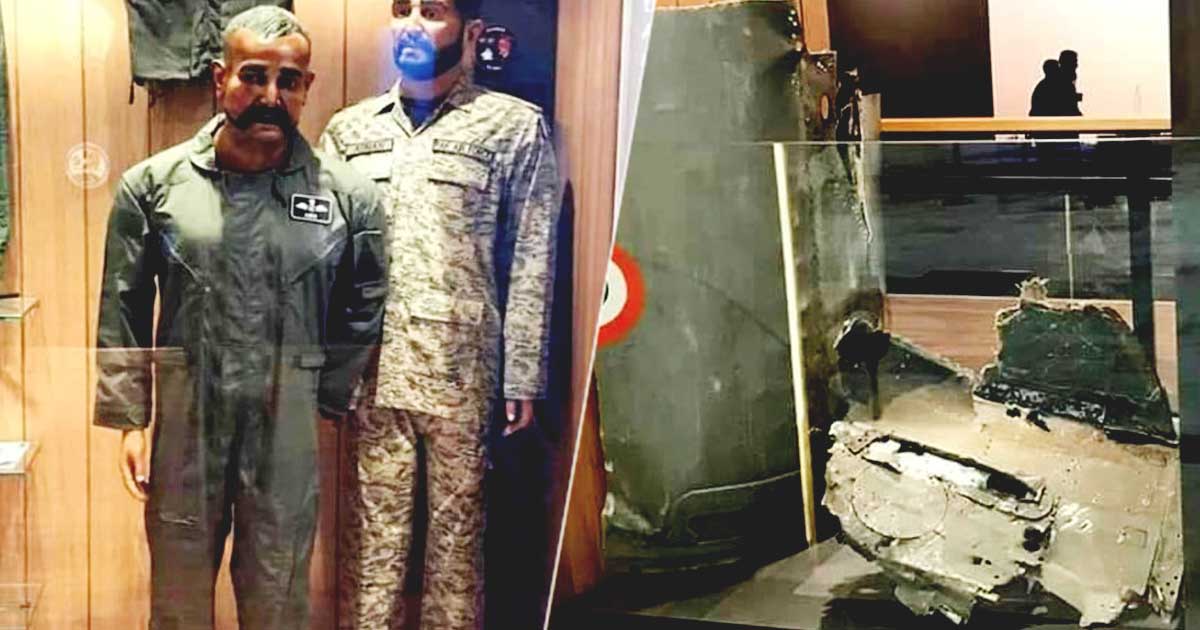 Pakistan Air Force has added a new gallery named ‘Operation Swift Retort‘ to its museum in Karachi. A whole galley has been dedicated to PAF’s successful air combat operation against India earlier this year in February.

On the other hand, the walls of the gallery also carry the photos of the intrepid PAF personnel who smartly executed a retaliatory ‘Operation Swift Retort’ against the Indian Air Force. Their national accolades were hung beside their pictures on the wall of the gallery. The three notable PAF personnel were SQN LDR Hassan Siddiqui, who flew F-16 and was awarded Tamgha-e-Jurat. Wing Commander Faheem Ahmed was awarded Tamgha-e-Jurat and Wing Commander Nauman Ali Khan, who also flew F-16, was awarded Sitara-e-Jurat.

Also, images were set up to explain how PAF struck Indian fighter pilots. A board besides the statue of Abhinandan has been displayed which narrates the incident of February 27th Wednesday. Hilariously, PAF has also framed the tweet of American comedian Jeremy Mclellan trolling the Indian Air Force following their botched airstrike against Pakistan.

February 27th was the defining day in the history of India and Pakistan Air Force when the air forces of both the country engaged in an aerial dogfight after 50 years. Pakistan registered a resounding victory against its nemesis. Pakistan not only shot down India’s two fighter pilot but even captured Abhinandan Varthaman, Indian Wing Commander, after he survived a crash.

There is now actually a mannequin of Abhinandan in there😂

He was safely taken into custody. Later, PAF released his video of sipping the tea from the cup and answering to light-hearted questions from Pakistan’s armed forces. He was, however, released as a peace gesture within two days of his arrest. Abhinandan, however, became a topic of heated discussion on social media.

Indian Twitter users, however, have strongly reacted to Abhinandan’s statue erected at the PAF museum. Since they hail Abhinandan as their ‘national hero’, they called PAF’s act as disgracing their national icon.

Pakistan Air Force museum in Karachi showcases the watch, uniform and remains of Indian Air Force jet downed and captured by PAF #Abhinandan statue and a tea cup is also there