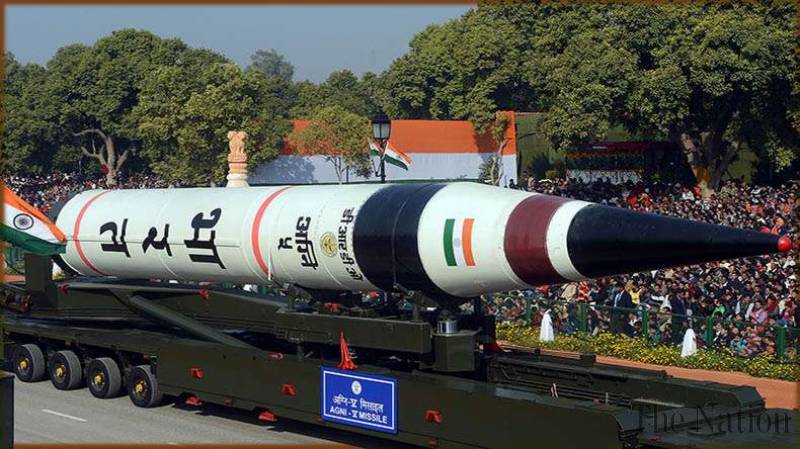 “In making tactical dispositions, the highest pitch you can attain is to conceal them.”
– Sun Tzu

‘Splendid first-strike’ and ‘strategic ambiguity’ are lately being discussed as the twin strong emerging components of Indian nuclear policy. In the last few years, BJP’s manifesto and views expressed by former Indian officials hinted towards the inside deliberations regarding India’s use of nuclear weapons.

India will not allow Pakistan to go first. And that India’s opening salvo may not be conventional strikes trying to pick off just Nasr batteries in the theater, but a full ‘comprehensive counterforce strike’.

The debate rekindled when the renowned strategist Vipin Narang, at a recently held Carnegie International Nuclear Policy Conference, cited excerpts from the book of India’s Former National Security Adviser Shivshankar Menon and claimed the “increasing evidence that India will not allow Pakistan to go first. And that India’s opening salvo may not be conventional strikes trying to pick off just Nasr batteries in the theater, but a full ‘comprehensive counterforce strike’ that attempts to completely disarm Pakistan of its nuclear weapons so that India does not have to engage in iterative tit-for-tat exchanges and expose its own cities to nuclear destruction.”

Read more: Pakistan must give one message on India’s self-confessed “state actor”

This stirred up a number of suspicions. India is moving from its No-First-Use (NFU) policy which states that a state possessing nuclear weapon will not use them unless first attacked by an opponent’s nuclear strike. The precept also specifies that this strike by India would be ‘counterforce’ that refers to target enemy’s nuclear weapons and military infrastructure rather than existing counter-value strategy, which aims at targeting adversary’s civilians and cities.

Recent assessment implies that India would inflict a comprehensive first strike in response to Pakistan’s use of tactical nuclear weapons with an ambition to fully destroy Pakistani nuclear forces and retaliation capability to launch interactive exchanges. Pragmatically, the adversary can wreak havoc with remaining intact nuclear weapons, thus presumably counterforce strike would fill this gap by leaving the opponent with no or little ‘third strike’ after India’s second-strike in response to Pakistan’s first. By every mean, the first use would end India’s NFU, but can India fully disarm Pakistani nuclear forces by taking out all of its nukes? Too ideal to analyze, both theoretically and practically. Critics argue that India cannot hit all the potential targets simultaneously.

Impacts on ‘first-use’ on the region

Here arise questions, what do the trends and technological advances say about India rethinking its strategy? How does Pakistan view this swirl of debate?

Read more: India & Pakistan: Narratives of the ‘Evil Neighbor’ a threat to peace

The book by Memon was published in November, yet the debate heated up after Pakistan declared to achieve seaborne nuclear deterrent and MIRV technology in December and January respectively.

These shifts indicate India is aiming for a high level of readiness and launch-on-warning mode of its nuclear arsenals. The trends are consistent with the pre-emptive tendency and are paradoxical to Indian stated minimum deterrence posture and centralized command and control. Whereas, the development of shorter range ballistic missiles defies massive retaliation policy.

Previously, the retaliatory policy or NFU gave India a rationale to develop new capabilities, improving the range and yield of its nuclear missiles to build a defense against the opponent. Resultantly, the introduction of Ballistic Missile Defense (BMD) and sea-based capabilities in South Asia triggered an unnecessary arms race in the region. Now, this latest ambiguous mixture of offensive defensive capabilities is treacherous and confuses the concept of deterrence stability in the region.

Interestingly, the book by Memon was published in November, yet the debate heated up after Pakistan declared to achieve seaborne nuclear deterrent and MIRV technology in December and January respectively, which reportedly neutralized Indian nuclear-powered submarine and BMD developments.

India has yet to achieve the high level of accuracy, readiness and increase the response to impose splendid strike.

Does it imply that India is being prepared after Pakistan has already been prepared? Or is it to confuse Pakistani decision makers and psychologically pressurize them to indulge in new spending?

Although all these personal views are marked as possible shifts and not declaratory changes however the absence of an official response (confirmation or denial) to these speculations, as media and policy circles are buzzing up with views, is serving well the strategic ambiguity in India’s favor. This would give an impression of India keeping the first-use option. Even if it is the case, should Pakistan be worried?

Read more: How serious is India about restoring connections with Pakistan?

Well, probably not because from an operational perspective, it would not be possible for India to carry out a comprehensive strike on mere adversary’s intent. Moreover, India has yet to achieve the high level of accuracy, readiness and increase the response to impose splendid strike.

However, India’s ‘ace in hole’, the flexibility of first use in no-first-use policy, if exists, will adversely impact the region. The mounting strategic ambiguities will not only invigorate the ‘use them or lose them’ dilemma in crisis time but also perplex the deterrence posture, induce aggressive strategies, lead to war-fighting capabilities, lower the threshold, and increase the alertness level in the already murky South Asia.

Maimuna Ashraf is a Research Associate at an Islamabad-based think tank, Strategic Vision Institute (SVI). She works on issues related to nuclear non-proliferation and South Asian nuclear equation. She regularly writes for national and international dailies. This article was first published in the CRSS Blog. The views expressed in this article are the author’s own and do not necessarily reflect Global Village Space’s editorial policy.