If the price of proving India's minorities identity, nationalism and patriotism is blood, then they have overpaid 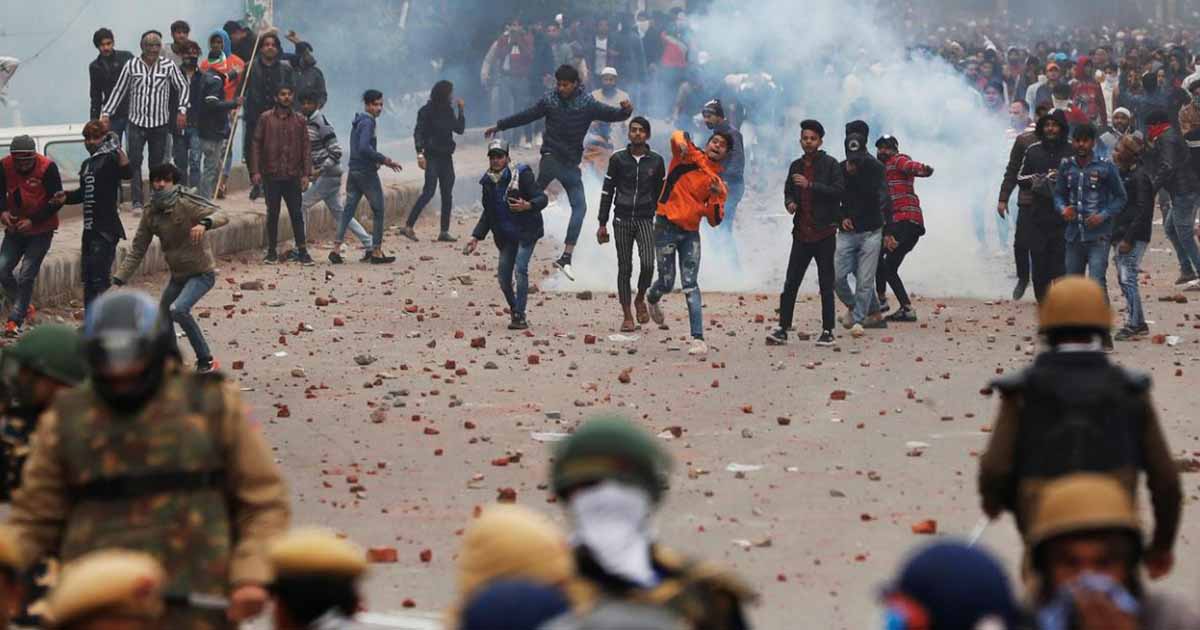 Indian Express dated January 31, 2020 commented in editorial “Minorities in India are coming to believe that there is a campaign to make them second-class citizens.

Read more: India faces diplomatic isolation on citizenship law – a taste of its own medicine?

For the present, let it be said, that if the price of proving their nationalism and patriotism is blood, then the minorities of India have overpaid”.

India’s foreign secretary Harsh Vardhan Shringla, however, insists, `Let me clearly state here what our leadership has repeatedly confirmed at the highest level to the Government of Bangladesh: this is a process that is entirely internal to

India. Therefore, there will be no implications for the Government and people of

Bangladesh. You have our assurance on that count’.  He said so while addressing a seminar organised by the Bangladesh Institute of International and Strategic Studies (BIISS) in Dhaka.

His assertion is strongly contradicted by, for instance, Assam government who announced to provide NRC Rejection Slip to over 19 lakh people from March 20 The Rejection Slip will mention the reasons for excluding a person’s name from the final NRC.

Those rejected are mostly Bengali immigrants.

India dubs over 19 lakh Bengali refugees or settlers in Assam after 1951 as `infiltrators. The citizenship register establishes genealogical family trees going back until 1951. The forbears of some Assamese Muslims go back 500-700 years.

But they have no document to prove their nationality. India is all set to drive `infiltrators’ out. Most of the settlers were sheltered during 1971 war as precious raw material for mukti Bahini (freedom fighters).

While disenfranchising Bangladeshis, India would grant `citizenship to persecuted Hindus, Jains, Sikhs, Parsis, Christians and Buddhists from Pakistan, Afghanistan and Bangladesh who came to India’.

The citizenship criterion violates provisions of Article 14 of the Indian constitution. The article guarantees `equality before the law and prohibits discrimination on grounds of religion, race, caste, sex or place of birth’.

Fate of settlers in Tripura

The anti-Bengali sentiment in Assam is fast engulfing other Indian states. For instance, Meghalaya, ‘the abode of clouds’, also is on the boil. Tribune India dated March 3, 2020 commented “The Citizenship Amendment Act bogey continues to spread hate and fear in this scenic state.

Looking at the larger picture, the Centre’s tough stand on the CAA is proving to be counterproductive, be it in the Northeast or the rest of the country”.

Just three months after the final draft of the National Register of Citizens for Assam was released, India’s Supreme Court has tagged a petition seeking a similar process for Tripura.

The bench headed by the Chief Justice of India, Ranjan Gogoi, passed this order on a petition a group of activists from Tripura. They sought a process to identify illegal migrants and deport them from the State.

They pleaded that the influx amounted to “external aggression”. It has turned the tribal people into a minority in their own native land. Much of the migration into Tripura had occurred before the creation of Bangladesh.

The petition takes recourse to the 1993 tripartite accord signed by the Government of India with the All Tripura Tribal Force that asked for the repatriation of all Bangladeshi nationals who had come to Tripura after March 25, 1971 and are not in possession of valid documents authorising their presence in the State.

In fact, the petitioners sought relief even further than the terms of the accord. They demanded that the cut-off date for the recognition of migrants should be July 1949, based on Article 6 of the Constitution.

These demands must be contextualised in the light of the developments in Tripura over the last four decades.

As early as in 1979, after years of struggle, the tribal people of the State had gained special autonomy provisions, the institution of the Tripura Tribal Areas Autonomous District Council and recognition of their spoken language, among other assurances.

How to deport Bangladeshis or keep them in detention

The NRC process in Assam has overwhelming support across most political parties. There is no consensus as to how the deportation process should proceed.

Such a bureaucratic exercise has deep humanitarian implications. It would create new fault lines, especially in a State like Tripura where there is no such unanimity of views on the NRC process. It will play havoc with reconciliation between Bengali-speaking and tribal people.

The Indo-Bangladesh border is porous. How much ordinary Bengali soldiers hate India is well reflected by a small incident. Indian wanted to hold flag meeting to resolve transmigration issue.

Suddenly, during the meeting a Bangladeshi border guard pulled up his AK-47 rifle and shot dead a Border Security Force (BSF) jawan, while injuring another (Tribune India, October 17, 2019).

Mr. Amjed Jaaved is contributing editor to The Consul. He has been contributing free-lance for over five decades. His contributions stand published in the leading dailies and magazines (Global Village Space, Jehangir World Times) at home and abroad (Nepal. Bangladesh, et. al.). He is author of seven e-books including Terrorism, Jihad, Nukes and other Issues in Focus. The views expressed in this article are the author’s own and do not necessarily reflect the editorial policy of Global Village Space.