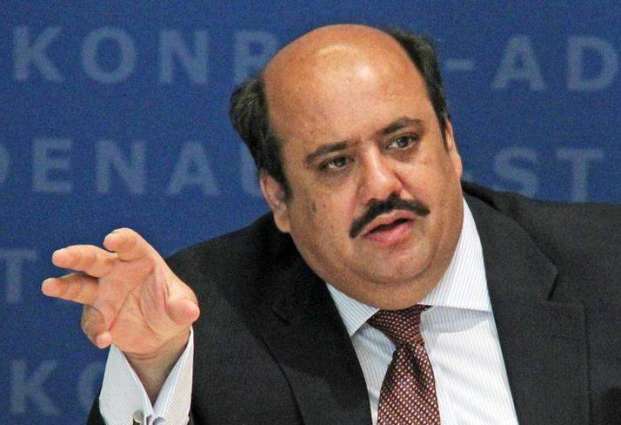 The Indian ruling elite seems puzzled and agitated. The revealing of Prime Minister Narendra Modi involvement in the mega corruption in a military jet deal with France jolted the BJP government. The opposition parties are protesting and demanding the resignation of Prime Minister Modi. The Indian ruling elite and military establishment are using concocted stories and warmongering to save themselves from the domestic upheaval. They are accusing and threatening Pakistan to divert the attention of their people. Indeed, this tactic might have temporary relief for Premier Modi and his partners in the crime but could be having serious repercussions for the strategic stability in South Asia.

RAW crafted a network in Baluchistan to obstruct the construction of CPEC infrastructure and conduct terrorist acts. One of RAW’s chief operators, a serving commander in the Indian Navy Kulbhushan Yadav, is presently in the custody of Pakistani law enforcement agencies.

The Congress alleged that the deal was not transparent and India had also overpaid for the planes. These allegations were reinforced last week when former French president Francois Hollande admitted that ‘France had been given no choice about picking Anil Ambani’s Reliance Defence as Dassault’s offset partner in 2016.’ Congress chief Rahul Gandhi tweeted, “The PM personally negotiated & changed the Rafale deal behind closed doors. Thanks to François Hollande, we now know he personally delivered a deal worth billions of dollars to a bankrupt Anil Ambani.

The PM has betrayed India. He has dishonored the blood of our soldiers.” The Communist Party of India (Marxist) general secretary Sitaram Yachury accused: “This Rafale deal is a scam if there was one. The Modi govt has lied and misled Indians. The whole truth must come out now. Why was the Indian government batting for one corporate house with no experience in defense manufacture?” The Rafale scandal is very dangerous for BJP in general and Premier Modi in particular due to the forthcoming a series of state elections this year followed by a general election in 2019.

The Indian ruling has started rhetorical warmongering to divert the attention of the public towards Pakistan. New Delhi abruptly canceled a scheduled meeting between the Foreign Minister Shah Mahood Quereshi and his counterpart Ms. Sushma Swaraj on the sidelines of the UN General Assembly session. In addition, the Indian army chief General Bipin Rawat while supporting the canceling of the Foreign Ministers meeting stated: “I think our govt’s policy has been quite clear and concise.

We’ve made no bones about the fact that talks and terrorism can’t go hand in hand. Pakistan needs to curb the menace of terrorism.” General Bapin failed to realize that Indians intelligence agency RAW has been sponsoring terrorist attacks in Pakistan. RAW crafted a network in Baluchistan to obstruct the construction of CPEC infrastructure and conduct terrorist acts. One of RAW’s chief operators, a serving commander in the Indian Navy Kulbhushan Yadav, is presently in the custody of Pakistani law enforcement agencies.

It immediately denied the allegations of mutilating the body of Indian BSF soldier. While stating its belief in coexistence and peace, it warned that any misadventure should be effectively responded.

Without realizing India’s military limitations and Pakistan’s defensive capabilities General Bipin threatened to take punitive action against Pakistan Army. He said, “We need to take stern action to avenge the barbarism that terrorists and the Pakistan Army have been carrying out. Yes, it’s time to give it back to them in the same coin, not resorting to similar kind of barbarism. But I think the other side must also feel the same pain.” In reality, the Indian armed forces military adventurism against Pakistan Army would be counterproductive.

Therefore, Bipin’s belligerent rhetoric only derails the efforts to restart the dialogue between India and Pakistan. Islamabad responded sensibly. It immediately denied the allegations of mutilating the body of Indian BSF soldier. While stating its belief in coexistence and peace, it warned that any misadventure should be effectively responded.

Prime Minister Imran Khan stated: “Our gesture should never be misconstrued as weakness. We are a nation that will never take pressure from anyone, be it a global power, lying down.” To conclude, the Indian ruling elite’s bellicose blustering will continue till the 2019 Lock Saba elections. Premier Modi will repeatedly allege Pakistan to muster the support of the Indian hawks. Therefore, Islamabad should not expect any positive response from New Delhi to improve the Pakistan-India relationship.

Dr. Zafar Nawaz Jaspal is Associate Professor, School of Politics and International Relations, Quaid-i-Azam University, Islamabad. He is also an advisor on Non-Proliferation to SASSI, London and a course coordinator at Foreign Services Academy for the Pakistan Ministry of Foreign Affairs. Email: jaspal_99@hotmail.com. The article was first published in Pakistan Observer and has been republished here with the author’s permission. The views expressed in this article are the author’s own and do not necessarily reflect Global Village Space’s editorial policy.