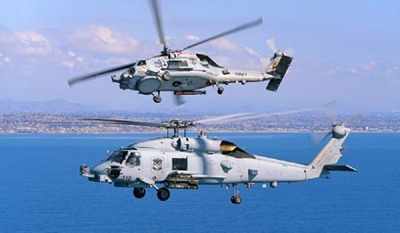 India’s audit agency is questioning the decision by the Ministry of Defense to award a $2.13 billion contract to Boeing for eight P8-I Poseidon anti-submarine warfare aircraft in January 2009. This is another major scandal erupting from the Indian defense deals in the last decade or so. The Comptroller and Auditor General, or CAG, says the MoD awarded the contract to the American firm without the product support cost, while the rival company, CASA, was asked to refurbish the additional cost.

CAG’s audit report, tabled in Parliament on Tuesday, said the “MoD inflated the financial bid of EADS/CASA of Spain to include a 20-year product support cost package for its [maritime version of A-319] aircraft while ignoring this element in respect of Boeing. At a later date, Boeing offered the product support for its [maritime version Boeing 737] aircraft under a separate negotiable contract and consequently the deduced ranking of Boeing, as lowest bidder, or L-1, turned out to be incorrect.”

Six years later, in 1997, the Swiss Bank released some 500 documents after years of legal battle. In 1999, the ban on Bofors Ab was lifted, a development that came at a time when the Kargil war was underway.

A spokesperson for Boeing in India declined to comment for this story. The CAG stated that although a separate product support package was negotiated with Boeing, the overall package for anti-submarine aircraft offered by the company was more expensive than that offered by EADS/CASA. It also asserted that under the $2.13 billion contract, Boeing was asked to execute offset contracts worth $614.2 million with Indian companies to be completed within seven years, but it has begun this process.

It is mandatory in India for overseas defense companies to discharge offsets — a minimum of 30 percent of the total value of the defense contract inked; the offset obligations can be fulfilled through either transfer of technology, direct purchase of components and systems from Indian defense companies, or creating specific manufacturing facilities and investments in skill, development, and training.

Overseas defense companies sometimes find it difficult to find the right Indian partners to execute offset contracts, which can cause a delay in implementation. CAG has accused Boeing of claiming offset credits on the mere placement of purchase orders, defeating the very purpose of offset obligations. “Boeing cannot be blamed alone for this,” one MoD official said. “Currently there is a huge gap between the filing of claims and award of (offset) credits.”

He added that in the past 10 years, no Indian defense company has won an order against a global tender to make use of the discharge of offsets. The report also claims that desired critical equipment for the P8-I did not meet the Indian Navy’s requirements. Due to capacity limitations of radars installed onboard, the aircraft is unable to achieve the envisaged coverage area requirements, the report explained. Contracts for torpedoes and depth charges, the P-8Is primary offensive weapons against submarines, had yet to be concluded, and therefore the anti-submarine warfare capability of the aircraft could not be fully met, according to CAG.

The Comptroller and Auditor General, or CAG, says the MoD awarded the contract to the American firm without the product support cost, while the rival company, CASA, was asked to refurbish the additional cost.

The report went on to say the MoD had procured sonobuoys in limited numbers, sufficient for only one year instead of three, and not the advanced longer-range version as recommended by the Indian Naval Tactical Evolution Group.

Meanwhile the main Indian opposition party, the National Congress has started raising hue and cry over the Rafale deal by the governing BJP party. Congress president Rahul Gandhi on Tuesday alleged that “minions” of the “Supreme Leader” were trying to silence those reporting on the Rafale scam and threats, blackouts, sackings and advertising cuts were taking place to prevent the truth from being told.

Gandhi had raised the issue of the Rafale fighter aircraft deal during his address at the Congress Parliamentary Party meeting in the morning as well. Dubbing the Rafale deal “corruption of the century”, he said Prime Minister Narendra Modi came to power on the claim that he would wipe out corruption in the country and provide a very clean government. But the Rafale scam, involving over Rs 1.3 lakh crore of public money, “designed to bail out debt-ridden corporate cronies of Modiji is symbolic of the true ‘sanskar’ of this government – ‘Raam Naam Japna, Paraya Maal Apna’,” he told Congress MPs. Gandhi had earlier, too, taken a swipe at Modi, saying his “minions” were threatening journalists not to report on the “Rafale Scam”.

On the Rafale deal, the Indian Congress asserts that neither the Prime Minister nor the defence minister is disclosing the price of the jets purchased by this government and claimed that the price fixed during UPA was Rs 526 crore against Rs 1,676 crore for the jets purchased under NDA, that has caused a loss of Rs 48,000 crore to the exchequer.

Contracts for torpedoes and depth charges, the P-8Is primary offensive weapons against submarines, had yet to be concluded, and therefore the anti-submarine warfare capability of the aircraft could not be fully met, according to CAG.

Indian defense deals have long been under the scanner for their use in massive corruption. The most infamous was the Bofors Scandal. On 24 March 1986, a multi-million dollar contract between the Government of India and Swedish arms company Bofors was signed for supply of 410 155 mm Howitzer field guns.  It was then the biggest arms deal ever in Sweden.

Read more: India unifies its Armed Forces under an integrated theater of command

In the following year, on 16 April 1987, the first news of a possible scam involved in the deal surfaced. Swedish Radio had alleged that kickbacks were paid to people, including top politicians in India to finalize and formalize the deal. In January 1990, the CBI registered a case. And, three months later, Rajiv Gandhi was assassinated by the LTTE in Sriperumbudur in Chennai. Following, the former Prime Minister’s assassination, the probe into the case slowed down.

Six years later, in 1997, the Swiss Bank released some 500 documents after years of legal battle. In 1999, the ban on Bofors Ab was lifted, a development that came at a time when the Kargil war was underway.

Previous articleAfghans return home in record numbers as Iran currency plunges
Next articlePakistan’s Imran Khan to be sworn in as PM August 18: Party

Branchless banking arrives to AJK to help those without bank accounts

Pashtun laborers killed in Afghanistan: Why is PTM silent?