India's possible membership of the Nuclear Suppliers Group (NSG) would be dangerous for the entire region. Such exemptions may have serious repercussions, as the country might put to use all its original uranium stocks for weaponization. 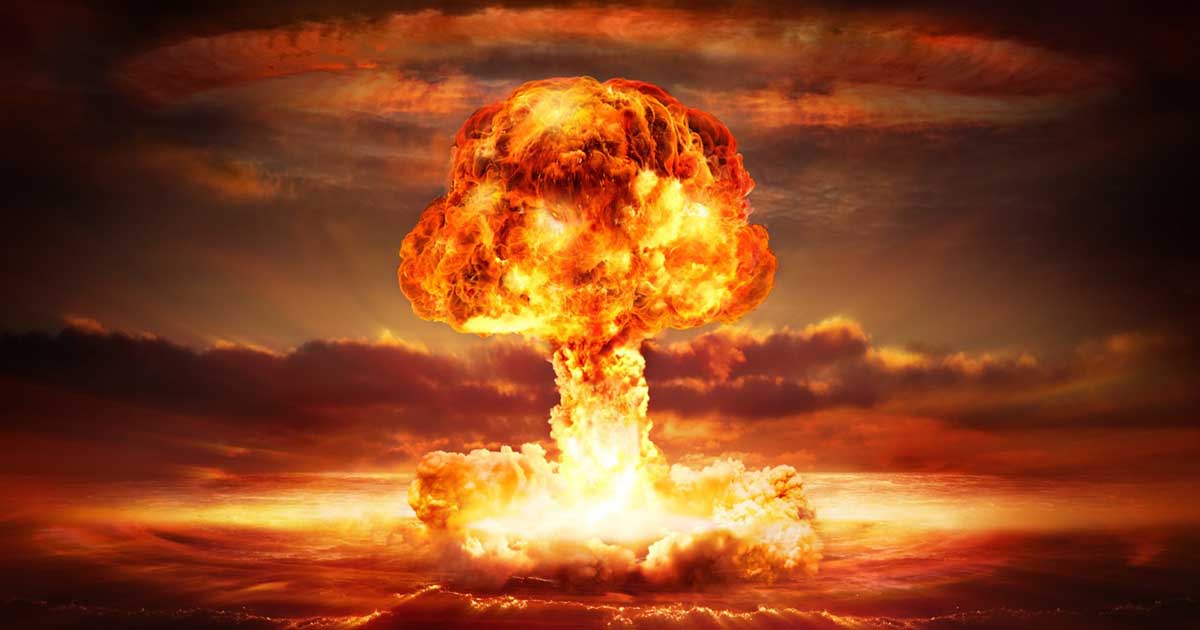 Following the trajectory of nuclear development in the name of Peaceful Nuclear Explosions (PNE) in 1974, India in 1998, detonated nuclear weapons. It conducted three underground nuclear tests at a site in the country’s northwestern periphery that shook the desert.

It was Dr APJ Abdul Kalam who first emphasized the value of getting nuclear teeth to further strengthen India’s military force. Indian leaders felt that the country needed to strengthen its atomic power to one day become a superpower. The move by the Indian government, from the beginning, showed that nuclear energy can be used for the devastation of humankind.

You can avoid reality, but you cannot avoid the consequences of avoiding reality.”– Ayn Rand (1905-1982)

No doubt, India embraced nuclear weapons as a step toward great-power status. The Pokhran tests also opened the possibility of a costly and dangerous nuclear arms race in South Asia. The tests were widely welcomed in India, with hardly any immediate dissent from opposition political parties. However, the outcry from the outside world was of a total condemnation. Dozens of countries expressed anger with a view that India had broken an informal moratorium on nuclear testing that went into effect in 1996.

The tests conducted by Mr Vajpayee drew immediate condemnation from the U.S., which placed a trade and financial sanctions against India under American non-proliferation laws. However, Western countries like Britain, voiced their ”dismay” and Germany, which called the tests ”a slap in the face” of 149 countries signed the Comprehensive Test Ban Treaty (CTBT). The United Nations Secretary-General, Kofi Annan issued a statement expressing his ”deep regret.”

India also claimed that these tests included the successful detonation of a thermonuclear weapon. However, this was challenged by international scientists based on relatively low yield measured by seismic stations. It further states that India is relying on plutonium for developing nuclear weapons – which was the same as in its Pokhran-I 1974 test and in the Pokhran-II tests, conducted in May 1998.

Since then, ever wonder how India managed to acquire the nuclear bomb and fooled the reigning superpower, the U.S.? And that why the international community left India as a determined proliferator which up till now didn’t stop? How did this come to pass when there were strict safeguards in place to prevent misuse of the peaceful atom?

India acquires nuclear weapon: US to be thanked

“By afternoon the wind had fallen silent over Pokhran. At 3.45 p.m., the timer detonated the three devices. Around 200 to 300 m deep in the earth, the heat generated was equivalent to a million degrees centigrade – as hot as temperatures on the sun. Instantly, rocks weighing around thousand tons, a mini mountain underground, vaporized… shockwaves from the blast began to lift a mound of earth the size of a football field by several metres. One scientist on seeing it said, “I can now believe stories of Lord Krishna lifting a hill.”

“Whom must we thank for all this?

The Men who made it happen. The Masters of the Universe. Ladies and gentlemen, The United States of America! Come on up here folks, stand up and take a bow. Thank you for doing this to the world. Thank you for making a difference. Thank you for showing us the way. Thank you for altering the very meaning of life.”

Despite the U.S. government’s self-declared “surprise” at India’s multiple tests in May 1998, India’s march towards an openly declared nuclear capability underscored by new tests had been clear for many years. Why did India do it? A lesser-known fact is that the decision to finally test the bomb was motivated mainly by India’s desire to be independent of Western interference. In the past, New Delhi was denied access to global nuclear order for three decades and the reasons are well known to everyone:

(a) The country has never signed the Nuclear Nonproliferation Treaty (NPT) or the CTBT.

(b) It misused civilian nuclear technology in 1974.

(c) It continues to fabricate nuclear weapons at a rapid pace.

Nevertheless, within a few years, the situation changed so dramatically to make the culprit a reliable partner again. We are surprised at the naiveté of the Western world, and also of the U.S.; they did not learn from their history and indulge with each other on various fronts that are affecting the strategic equilibrium of the region.

In this regard, major developments took place in the 21st century, where, India received special treatment by the U.S in the name of the civil nuclear agreement. This showed to the world that global order is based on biased perceptions of nuclear haves and have not. The Indo-U.S nuclear deal has empowered India to produce fifty nuclear arsenals annually. So, it is a significant development from New Delhi’s perspective as it altered the South Asian strategic balance in Indian’s favour.

Undoubtedly, Pakistan’s security was undermined as a result of the deal and hence necessitated a requisite strategic response from Islamabad. The fact of the matter is that these non-committal exemptions and collaborations without using a moral compass have seriously dented the balance of power in the region.

Being outside NPT, India has a flourishing and large nuclear power programme. According to the SIPRI Yearbook 2014, India has also begun construction of a second industrial-scale enrichment plant at Karnataka, which will not be under IAEA safeguards. It is critical time for other states to take serious note of reasons directing qualitative as well as quantitative increase in nuclear stockpiles by India to counter its vertical proliferation, thereby, ‘Normalizing’ South Asia.

Ostensibly, knowing well the proliferation history of India, from a period of 1974 to 1998 and onwards, India claims that it has a spotless non-proliferation record which everybody knows is a bogey to dagger millions. Also, the assertion that India should be included amongst the nuclear mainstream countries such as possible membership of the Nuclear Suppliers Group (NSG), would be dangerous and unstable for the region. Such prejudice exemptions will have serious repercussions. It is believed that the NSG membership will be used as means of making the most optimum use of all its original uranium stocks for weaponization.

This will help further weakening the NPT as Indian access to the international market to acquire fissile material enabled it to divert domestically produced material for WMDs production without any practical hurdle. A recent report published by The American Nuclear Policy Initiative (ANPI) also highlighted that:

“The U.S.-India nuclear deal demonstrates how prioritizing the development of a strategic relationship by the U.S. overturned decades of nonproliferation policy with few results.”

Even today, India continues to produce fissile material at a very fast rate to build weapons. All this is endangering the future of the nuclear non-proliferation regime (NPR). So keeping in mind the past realities of India, it would be a mistake to mainstream India in NPR. Hence, given the nuclear non-proliferation rules, the NSG must reaffirm its values by refraining from including India that, otherwise, could create additional risks of proliferation of nuclear material and technology.

Rabia Javed holds a Masters degree in Defence and Diplomatic Studies from Fatima Jinnah University and works as a freelance writer. The views expressed in this article are the author’s own and do not necessarily reflect the editorial policy of Global Village Space.

Previous articleIran sinks its own warship in friendly fire, killing 19
Next articleWhat mothers of children with special needs experience

29 July 2021
Previous articleIran sinks its own warship in friendly fire, killing 19
Next articleWhat mothers of children with special needs experience