The government is focused on boosting Pakistan’s industrial capacity through joint ventures in priority areas, relocation of labour-intensive export-led industry, SMEs collaboration and enhancement of vocational training capacity, Federal Minister for Planning, Development and Special Initiatives Asad Umar said on Thursday. The developed of numerous Special Economic Zones and CPEC activity seems to be helping them achieve their goals. 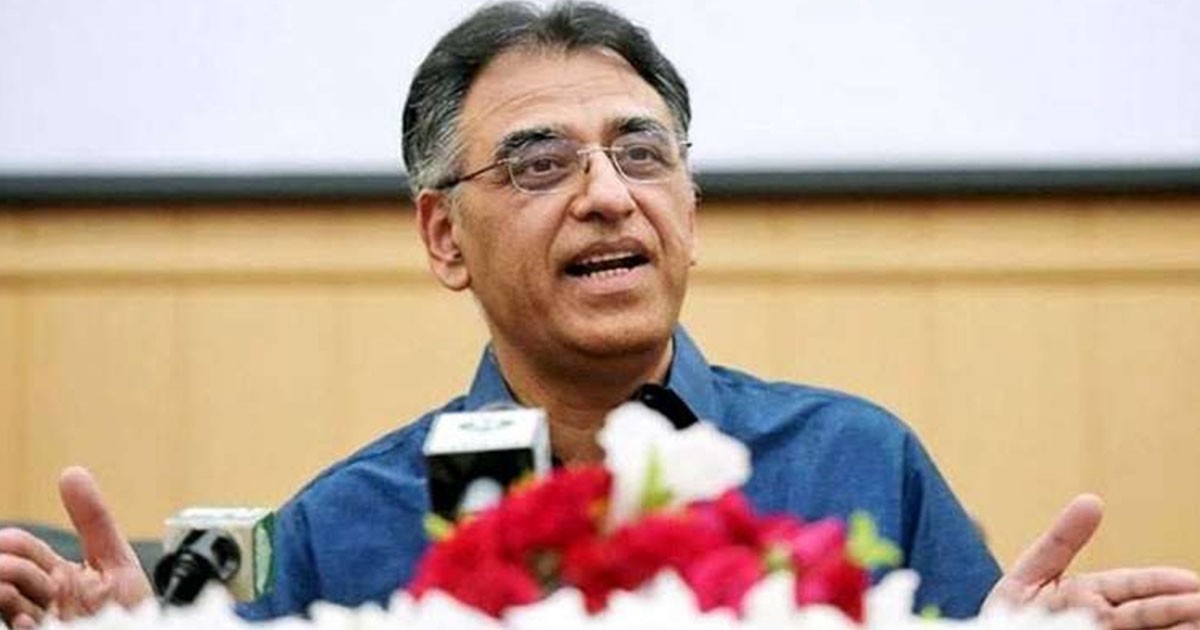 The minister was talking to a delegation of Rawalpindi Chamber of Commerce and Industry (RCCI) — led by its president Saboor Malik — which called on him in his office.

The minister highlighted that only in December, the government spent Rs. 75 billion out of the Rs. 97 billion on development schemes in the country under the Public Sector Development Projects (PSDP).

“The PTI government is determined to establish four special economic zones (SEZs) in all provinces,” he said.

“These SEZs would enable setting up of joint ventures in manufacturing which would integrate the enterprises from both sides. It is important for Pakistan’s manufacturing industries to become part of the global value chain by partnering with Chinese companies,” he added.

A Special Economic Zone (SEZ) is a specific area of the land used to promote industrial growth in a country by providing more lenient economic and tax policies as compare to general economic policies in a country. Planning Commission of Pakistan is expecting 27 SEZs to setup across the country under CPEC with the following regional distribution: eight SEZs in Khyber Pakhtunkhwa, seven in Punjab and Baluchistan each, three in Sindh while Gilgit-Baltistan and Islamabad will have one each. Nine will be under CPEC.

The businessmen at the meeting with Asad Umar enquired about their role in the SEZs as well as the business relationship between Chinese and Pakistani investors.

“There has been a detailed talk with the Prime Minister about reducing interest rates, hopefully in the coming months this will start to come down,” the minister said, adding that the business community was a key player in the development of the country.

The minister highlighted the success of CPEC as in its first phase, the infrastructure and energy projects are either completed or near completion.

“The private sector can participate in CPEC projects under the public-private partnership. Provinces have been instructed to expedite development projects,” he said.

Out of the nine special economic zones conceived under CPEC, the first zone being operationalized is Allama Iqbal Industrial City after its groundbreaking took place on 3rd January.

The Allama Iqbal Industrial City is a prioritized Special Economic Zone (SEZ) of Faisalabad Industrial Estate Development and Management Company (FIEDMC). It is a state of the art mega project being developed as part of the SEZ of Faisalabad – a success story of Public-Private Partnership.

The industrial zone has already attracted investments from more than 25 Chinese companies and has gained interest from US investors according to President Pakistan American Business Forum (PBAF) Riaz Hussain. By the end of 2021, 150 companies are expected to be involved in the SEZ’s and approximately Rs 357bn has already been invested there.

Umar urged the RCCI delegation to come up with a three-year roadmap for industrialisation and export sector strategy by March 2020.

Ground Breaking of Allama Iqbal Industrial City, a Special Economic Zone, linked with CPEC was a big success of Punjab Ministry of Industry & FIEDMC – 2020 should be big for CPEC! https://t.co/TN7lyZ8Kr9 via @@GVS_News

Speaking on the occasion, RCCI president said the chamber should be consulted for SEZs.

Mr. Malik said an Expo Centre in Rawalpindi was a long-standing demand of the chamber.

“The government should allocate old airport building for industrial exhibition center in Rawalpindi or provide space along with the proposed Ring Road project at Rawat,” he demanded.

RCCI Group leader Sohail Altaf highlighted the relationship issues between the Federal Board of Revenue (FBR) and the business community and urged the minister to play his role to solve the matters.

WTO rules in favour of Qatar in case against Saudi Arabia

Using nepotism in the pursuit of ‘Power’