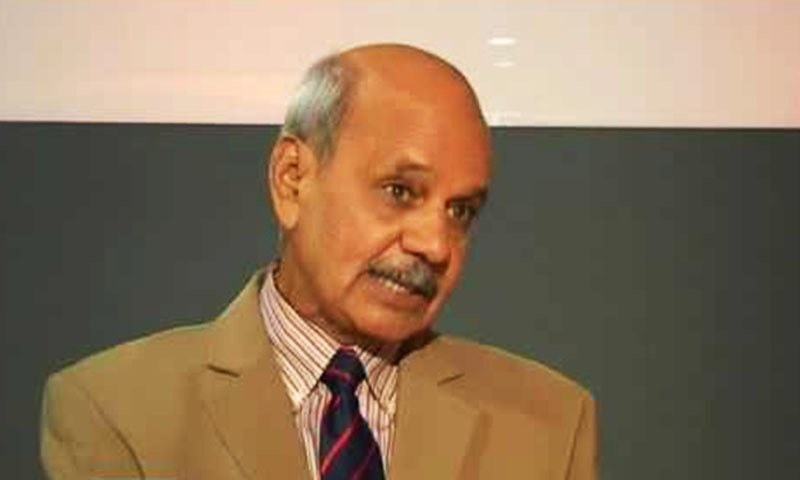 Ex-spy master was asked to present himself before the court after a book: ‘The Spy Chronicles: RAW, ISI, and the Illusion of Peace’ was launched in India last week. The book in question comprises of series of interviews of Retired Lt Gen Asad Durrani and former RAW chief A.S. Dulat with Indian journalist Aditya Sinha which is published in the form of a book.

The spymasters in the middle of controversy headed their respective intelligence agencies in different eras. Durrani headed ISI from August 1990 till March 1992 while AS Daulat was at the helm from 1999 to 2000.

The two adversaries, despite serving at different times knew each other. It is not unusual for two spy chiefs to know each other. Mutual respect between the two spies brought them on a united forum to have a conversation with a journalist. The Spy Chronicles reflects upon a touching story pertaining Durrani’s son who got caught at the Mumbai Airport for visa violation only to be released after Dulat’s interference who spoke with the then RAW chief Rajinder Khanna to set him free.

Pakistani and Indian media have given a hype to this book.

DG ISPR Gen Asif Ghafoor tweeted that statements attributed to Durrani in the book are being “taken as a violation of Military Code of Conduct applicable to all serving and retired military personnel”.

After the meeting at the General Headquarters (GHQ), ISPR DG Maj Gen Asif Ghafoor tweeted that “a formal court of inquiry headed by a serving lieutenant general has been ordered to probe the matter in detail. The competent authority has been approached to place the name of Lieutenant General Asad Durrani (retd) on Exit Control List (ECL).”

The inquiry team will look into the content published in the book. Based on its findings, it would make recommendations against the 77-year old ex-ISI chief to the COAS General Qamar Javed Bajwa.

According to section 55 of Military law which deals with the conduct after retiring from the military, if found guilty, Durrani could face jail time.

Reacting to the development in Pakistan, Dulat said that, “this is very, very unfortunate.”

“What we said in this book was that madness in between India and Pakistan should end, but I think madness in Pakistan needs to end first.”

Both the countries have fought four wars since the division of subcontinent in 1947 and currently their relationship is going no-where.

According to both the authors, the idea behind the book was to forge peaceful solutions to the seemingly intractable conflicts between the nuclear-armed neighbors.

Read more: Pakistan military says ex-spy chief will not be allowed to leave…

It may have been a commendable joint effort of the two but ISPR’s decision to tweet on the matter in current political climate is a countermeasure to stop the barrage of comments and negative publicity on the matter.

Ousted PM Nawaz Sharif is demanding a commission to investigate the issue and National Security Council (NSC) meeting to reconvene on the matter as it had in his case. Nawaz drew the parallels between the two issues which may not have been the reason behind the investigation. Moreover, this book may not have brought the secrets which were already unknown to many. But it created a situation where the military had to make a statement that Army is taking the matter seriously and no one in the county is above the law or the institutions.