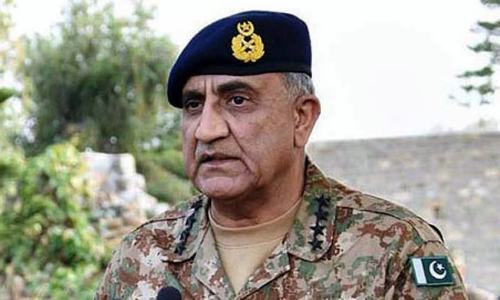 The Foreign Minister of Pakistan, on Friday, told MNAs that Pakistani troops stationed in Saudi Arabia are only there for ‘internal security’ reasons. Many lawmakers had shown concern that Pakistan might get embroiled in the Yemen conflict between Saudi Arabia and Iran-backed Houthi Rebels. Khawaja Asif assured lawmakers that there was no danger of such an outcome.

On February 15th, Pakistan Army had made the announcement that a contingent of troops was being sent to Saudi Arabia. There was hue and cry in the media that Pakistan might get bogged down in never-ending wars in the middle-east. Pakistan has had long-standing ties with Saudi Arabia and ties with Iran are beginning to grow.  Saudi Arabia and Iran, on the other hand, are rivals in a number of conflicts in the middle-east, most notably Yemen and Syria. Thus, Pakistan faces a challenge in maintaining cordial relations with both states.

The troops were sent to Saudi Arabia last month under a long-standing defense cooperation agreement between Pakistan and Saudi Arabia. Pakistani troops have been stationed in Saudi Arabia since the 1970s for training and advisory missions and continue to do so. “We have not taken part in any across-the-border action by Saudi Arabia,” said Khawaja Asif. It is worth mentioning that it was the same government which, after debates in the parliament over whether to send troops to Saudi Arabia or not, decided not to send any army contingent. Khawaja Asif also said, “We want Saudi Arabia and Iran to bridge their differences.”

The statement by Khawaja Asif came a couple of days before his Iranian counterpart is set to visit Pakistan for a three-day tour. The statement can be interpreted as a signal of Pakistan’s seriousness in improving its ties with Iran. Last month, the Iranian Prime Minister visited India at the invitation of Narendra Modi. Javed Zarif, the Iranian Foreign Minister, is going to meet a number of ministers and attend a meeting on the economic forum and address the Institute for Strategic Studies in Islamabad as well. Growing Indo-Iran ties are a concern for Pakistan and are likely going to be on the agenda for Javed Zarif’s visit.

Khawaja Asif lamented mistakes in Pakistan’s foreign policy over the decades. He said that Pakistan had fought a “made-in-America jihad” against Russia during the 1980s in Afghanistan. He criticized the former rulers and accused them of selling out the country for personal gains. “We committed the same mistake after 9/11”, he said, referring to Pakistan’s decision to join the America-led war on terror in Afghanistan.

Read more: Iran’s good relations with Pakistan and India stops the US from…

The foreign minister also said that Pakistan will only defend its own interests.

During the 1980s, Pakistan played a pivotal role in pushing the Soviet Red Army out of Afghanistan by supporting the Afghan mujahideen in close collaboration with the US. The US left as soon as the Russians left and Pakistan had to deal with the fallout of the Afghan war. Similarly, after 9/11, Pakistan sided with the US against the Taliban regime in Afghanistan. The US is unlikely to stay in Afghanistan indefinitely and Pakistan will always have to deal with instability in Afghanistan. Khawaja Asif criticized past leaders who made these decisions on Pakistan’s behalf, adding that the “US wants Pakistan to become a proxy and defend its interests in Afghanistan but we will not defend anyone else’ interests.”

English as the medium of instruction: Right choice for Pakistan?