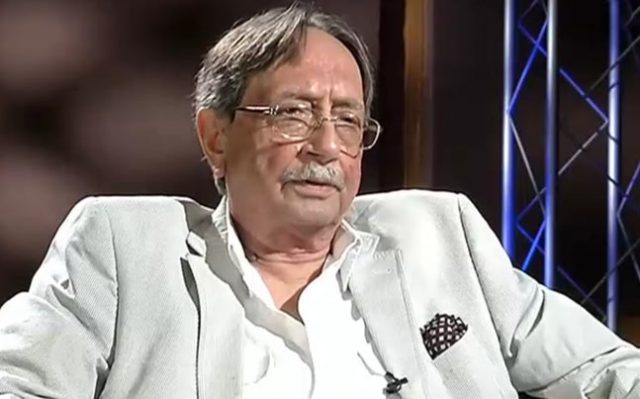 Murtaza: Do you think the book has achieved its purpose?

Dulat: It is very difficult to say. As General Durrani says in the introduction of the book, this book has been written in the right earnest in a transparent manner with no hidden agenda. But whether it achieves its purpose or not is for the readers to decide.

Murtaza: And what was the book trying to achieve?

Murtaza: Had you envisaged the might generate any controversy?

Dulat: No… No… No… If you read the General again, he, towards the end of his introduction says that he has said what he said, and he doesn’t give a damn about what anybody thinks. So, there was not any slightest doubt in his mind or my mind about any controversy. I think it is very unfortunate what has happened to the General there. He doesn’t deserve it – being a former chief and a three-star. He hasn’t said anything controversial. In the past, he has given interviews about the subject. I think this is very unfortunate.

Murtaza: Why do you think the book hasn’t raised any controversies in India?

Dulat: We are different types of countries. This is a democracy and an open country. I am sure there will be people here also who haven’t liked it, but you know we are a free and open democracy.

Murtaza: But often very small or silly things snowball into controversies in India, particularly about Kashmir.

Murtaza: Do you think it is possible to blame you personally for the controversy that has panned out in Pakistan?

Dulat: Laughing …. I have heard this story … Somebody suggested that Aditya Sinha and I trapped the General into things, and it is the height of absurdity.

Murtaza: I interviewed Retired Lt. Gen. Ghulam Mustafa, a decorated former Pakistani General, who said that you are a thoroughbred intelligence man who knows his stuff while Durrani was not.

Dulat: Well… Durrani acknowledges that. He says that the RAW is more professional than the ISI because they come and go, while we spend the whole career in the organization.

Murtaza:  This makes it easy to say that Mr. Dulat trapped the Pakistani General and made him act like a fool, and you guys have at least created a controversy within the Pakistan Army.

Dulat: There was never ever any intention to trap anybody, and both the General and I knew that this was a joint venture among the friends. I don’t know why others in the Pakistan Army think that General Assad Durrani can be trapped. He is far too intelligent. If you ask me, he is one of the intelligent Generals in the Pakistan army or in the ISI. Because I met some others, and this gentleman is far more intelligent.

Murtaza: One can testify to that. Because when he was the Commandant at the National Defence University, he was attending political meetings of Benazir Bhutto. This led to his forced retirement but augured well for him as he later ended up with two ambassadorial postings in Germany and Saudi Arabia.

Dulat: That is what I am saying. He is a very sharp cookie. He is a very intelligent man. So where is the question of trapping him?

Murtaza: In the book, General Durrani mentions the trust between him and the state of Pakistan. Now all this happening, he seems to have an exaggerated confidence in himself?

Dulat: I think his record speaks for himself, and I am not surprised that he had that much confidence. Possibly, he has more confidence than I have, and for good reasons. Not only was he a three-star General, he was chief of the ISI and twice an ambassador. I mean this is not an ordinary record.

Murtaza: Now that he seems to be in quite some trouble, what holds in store for him?

Dulat: No… No… I think this will get over very fast. Whosoever initiated this maybe they are just waiting for the elections to start in July, then this whole thing will be forgotten and he will be cleared of whatever.

Murtaza: In other words, you are saying this is just because of elections that he is in trouble?

Dulat: I think because Nawaz Sharif made a lot of noise and you know he said that the politicians and the army are treated with two different standards. At the time General Durrani was summoned I don’t think anybody in Pakistan had ever seen or read the book.

Read more:  Pakistan military says ex-spy chief will not be allowed to leave…

Murtaza: You think the military General Headquarters summoned Durrani without reading the book?

Dulat: Absolutely. You read the book, and you see you say you read it three times. Did you find anything objectionable on his part?

Murtaza: Let me quote Retired Lt. General Ghulam Mustafa. He says that most of the times it is Durrani who is doing the talking and not Mr. Dulat. And then he gives an example of Nepal where you worked for six years, but in the book, you sum that up in one and a half paragraphs and you talk about cricket. In comparison, Mr. Durrani goes on and on about things.

Dulat: Well! Some people talk a little more than others, and that is a certain style. I think what can be said in four sentences does not need four pages. So, maybe, at times the General has spoken a little more than me, but he likes to speak, so it is fine. It was not a one-sided conversation by any means, no.

Murtaza: When you talk about Nepal and it is all about cricket, it seems all that the RAW was interested in was to perhaps raise a decent cricket team for Nepal. Is that what you did in six years?

Dulat: I was not in the RAW at the time. It was in an open security post, so, everybody knew that I was from the Indian police. I was not doing any intelligence work. That is why I had a lot of time to play cricket.

Murtaza: When you say the Indian police, do you mean the Intelligence Bureau (IB)?

Dulat: No, I was not even with the IB. It was a security post from the Ministry of External Affairs. In more important places, they have professional security officers.

Murtaza: So you disagree with Retired General Ghulam Mustafa when he says that this book has a purpose to “malign Pakistan and hurt its narrative”?

Dulat: Laughing …. The General is taking a very narrow-minded view of this book and I think he has got it absolutely wrong. I am very sorry to say this is very sad. If that was the purpose of the book, there was no way that General Assad Durrani would have cooperated.

Murtaza: But you do get him to say things that raise doubt about the role of the Pakistan army.

Dulat: I beg your pardon, sir. I don’t get him to say anything. He says what he feels like saying and whatever he has said, he has said of his free volition in the most honest way. Just because somebody has been candid, you seem to think or the Generals there seem to think that he was trapped. You know General Durrani, does he look like somebody who can be trapped?

Murtaza: It is hard for me to vouch for anybody because I don’t know his …..

Dulat: Well! If it is hard for you, let me vouch for him that you cannot trap him. He is far too sharp.

Murtaza: After this controversy broke, did you manage to speak to him?

Dulat: No. I only sent him a message saying wish you all the best.

Murtaza: Aditya Sinha mentions that only half of the material from the original manuscript was published. What will happen to the rest and why was it excised?

Dulat: When you are talking, sometimes you talk about nonsense. And you don’t want that nonsense to be included in a book. So, obviously it was edited by both of us individually, and, of course, it was edited wholesale by the publishers, who had the last word.

Murtaza: So we won’t see any additional material from the book in the future?

Dulat: No … No … No … There is no additional material. In fact, for your information, the General himself did a lot of editing. He objected to certain things which he cut out, and perhaps rightly so. And so did I.

Murtaza: What were the kinds of objections raised by Mr. Durrani?

Dulat: Now I can’t recall at all. But there were certain things which he said he would rather not have them there.

Dulat: That is the question I can’t answer.

Murtaza Shibli is the author of the book, 7/7: Muslim Perspectives, a collection of reactions by the UK Muslims on the London Bombings of 2005 that killed dozens of Londoners. He writes on political and military issues. He tweets: murtaza_shibli.
Previous articleSaudi Arabia bans fruit and vegetables from India’s Kerala state
Next articleSaudi effort to isolate Iran internationally produces results

It’s time to be a nation: General Qamar Javed Bajwa

A Letter to Indian Army Chief from a Kashmiri writer