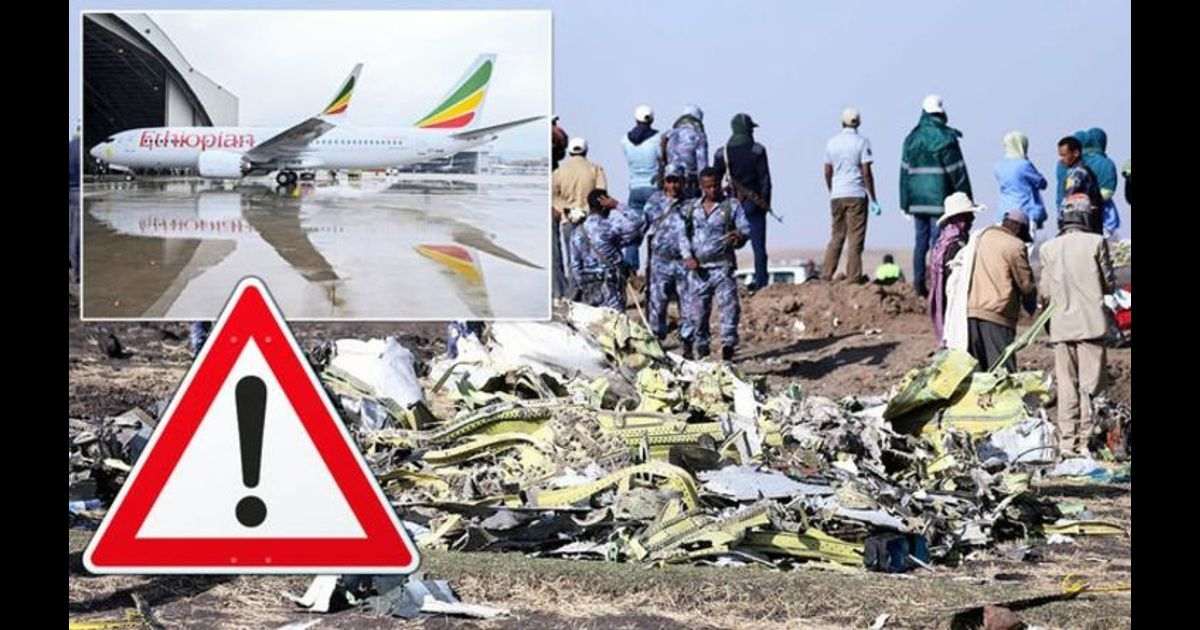 Ethiopia’s probe of last year’s Ethiopian Airlines crash found that Boeing did not provide sufficient pilot training for the 737 MAX and that crucial flight software was flawed, according to an interim report published Monday.

The crash of the Nairobi-bound Boeing 737 MAX six minutes after takeoff on March 10, 2019, killed all 157 people on board, triggering the global grounding of the MAX and the worst crisis in Boeing’s history.

It followed the October 2018 crash of a 737 MAX operated by Lion Air in Indonesia, which killed 189 people when it crashed moments after leaving Jakarta airport.

Both accidents saw uncontrolled drops in the aircraft’s nose in the moments before the planes crashed, which investigators have blamed on the model’s anti-stall flight system, the Maneuvering Characteristics Augmentation System, or MCAS.

A preliminary report by Ethiopian investigators released last April said the crew of Flight 302 repeatedly followed procedures recommended by Boeing but were unable to regain control of the jet.

The new interim report published Monday says that the design of the MCAS system “made it vulnerable to undesirable activation”. Specifically the report points to the fact that the system could be activated by a single angle-of-attack sensor reading.

The report also states that training provided by Boeing on the 737 MAX “was found to be inadequate”.

The report offers a detailed rundown of the chain of events that led to the crash, starting with an “erroneous” left angle-of-attack reading “shortly after liftoff”.

The reading activated the MCAS system, prompting the plane to nose downward multiple times, something the pilot and first officer tried in vain to correct.

The report includes details of the final exchanges between Capt. Yared Getachew and First Officer Ahmednur Mohammed, including Yared imploring Ahmednur to “keep with me” as Ahmednur struggled to get control of the aircraft.

At one point Yared urged Ahmedur to “pull with me” as both men applied force to the control column.

The final readings of the flight indicate it was moving as fast as 500 knots (more than 900 kilometres per hour) and descending at a rate of greater than 33,000 feet per minute, the report said.

The plane crashed in a field southeast of Addis Ababa, leaving a crater 10 metres deep “with a hole of about 28 metres width and 40 metres length”, the report said.

Plane fragments were found hundreds of metres away, it said.

Boeing officials “look forward to reviewing the full details and formal recommendations that will be included in the final report” from Ethiopian investigators, Gordon Johndroe, Boeing’s vice president for media relations, said in a statement Monday.

Last week a US congressional committee said Boeing made missteps and withheld information about the 737 MAX and that federal regulators failed to provide proper oversight, resulting in a “fundamentally flawed” aircraft.

After Ethiopia’s preliminary report was released last April, Boeing executives insisted on the “fundamental safety” of the 737 MAX but pledged to take all necessary steps to ensure the jets’ airworthiness.

In an interview last week with The New York Times, Boeing CEO David Calhoun suggested the pilots’ actions were a factor in the 737 MAX crashes, saying pilots in Indonesia and Ethiopia “don’t have anywhere near the experience that they have here in the US”.

But he declined to answer when asked directly whether American pilots could have handled an MCAS malfunction.

The Ethiopian report recommends that training simulators need to be capable of simulating scenarios in which the sensors fail.

The report was released one day before the first anniversary of the crash.