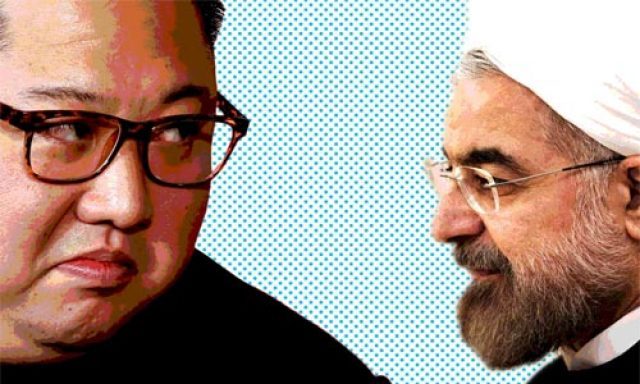 Donald J. Trump’s hitherto failed ‘maximum pressure’ approach to Iran, as well as for that matter North Korea, begs the question what the US president’s true objectives are and what options he is left with should the policy ultimately fail.

In the case of North Korea, it remains to be seen whether the country’s reported rebuilding of a rocket launch site after the US president last month walked away from his summit in Hanoi with Kim-Jong-un constitutes a negotiating tactic or a breakdown. The site was partially dismantled as a goodwill gesture after the two men first met in Singapore last year.

A breakdown coupled with even harsher sanctions that similarly may not do the job risks leaving Mr. Trump with few good options beyond some kind of military operation.

In a twist of irony, carrot-and-stick-backed efforts by international regulators to get Pakistan and Iran to significantly upgrade their legal abilities to counter political violence potentially are proving to be more effective than maximum pressure.

Mr. Trump has so far credibly conveyed his intent of wanting to fully denuclearize North Korea rather than ultimately change its regime, a further indication of the apparent comfort he finds in dealing with at least some autocratic and authoritarian leaders. The picture with regard to North Korea and Iran is both similar and different.

Iranian resilience backed by key players in the international community determined to salvage the 2015 international agreement that curbed Iran’s nuclear program could blunt the impact of harsh US sanctions, again leaving the United States with few good options beyond either backing away from its maximalist approach or weighing overt or covert military action.

Mr. Trump’s intentions regarding Iran, in contrast to North Korea, are far less clear. Increasingly strident language by the president’s hard-line national security advisor, John Bolton, as well as his Secretary of State, Mike Pompeo, coupled with the specific changes of Iranian policies that the US is demanding, suggest that regime change rather than reform may be the president’s true objective. It is hard to see how Iran could comply with the US demands without a change of regime.

Read more: Iran is not North Korea: Chief of the revolutionary guard responds…

For now, Iran’s strategy appears to be circumventing sanctions in every way it can, ensuring continued support by Europe, China and Russia, and waiting it out to see whether Mr. Trump gets a second term in the 2020 US elections in the hope that a Democratic president comes to office who would negotiate a return of the United States to the nuclear accord.

“A pressure campaign will only be effective if enough time is dedicated to it. In other words, there are no quick and easy victories, as the North Korean case demonstrates. And attempts to get them will only push the goalposts further away,” said political scientist Ariane M. Tabatabai.

In a twist of irony, carrot-and-stick-backed efforts by international regulators to get Pakistan and Iran to significantly upgrade their legal abilities to counter political violence potentially are proving to be more effective than maximum pressure.

It would restrict the ability of multilateral organizations like the International Monetary Fund (IMF), the World Bank and the Asian Development Bank (ADB) to aid or lend to Pakistan.

Concern that Pakistan could be blacklisted by the Financial Action Task Force (FATF), the international anti-money laundering and terrorism finance watchdog, compounded by mounting tension with India, prompted Pakistan in recent days to crack down on long tolerated militant groups.

Blacklisting potentially would have a debilitating impact on Pakistan’s crisis-ridden economy. It would restrict the ability of multilateral organizations like the International Monetary Fund (IMF), the World Bank and the Asian Development Bank (ADB) to aid or lend to Pakistan.

The fact that Iran faces a similar dilemma has sparked intense debate in the Islamic republic about how to deal with FATF demands that it join the watchdog and significantly upgrade its legal anti-money laundering and terrorism finance infrastructure to evade being blacklisted.

Iran’s parliament has so far passed two of four bills required for membership and together with the Expediency and Discernment Council is debating Iranian accession to the Combating the Financing of Terrorism Convention (CFT) and the United Nations Convention against Transnational Organized Crime or Palermo Convention.

The FATF demands have put Iran between a rock and a hard place. Iranian ratification of those conventions coupled with FATF membership holds out the promise of more effectively and more quickly than US maximum pressure curtailing Iran’s ability to fund regional proxies.

Failure to comply could significantly increase the pain of US sanctions by prompting those banks and financial institutions still willing to do business with Iran to rethink their positions.

Mr. Hasanbeygi warned that FATF would be the vehicle that the country’s detractors would use to gain access to the workings of Iran’s banking and economic system and its flows of funds.

It would also likely restrict the ability of supporters of the nuclear agreement to help Iran soften the impact of the sanctions. “If you want us to succeed in the talks with Europe, at least the four proposed bills must be ratified,” said member of the Iranian parliament, Abulfazle Mousavi.

“By joining, Iranian banks will be under what will be unprecedented international scrutiny. This will make it more difficult, although not impossible, for Iran to transfer money to terror organizations… such as Hezbollah, Hamas, and the Islamic Jihad. Additionally, Iranian membership in the FATF would weaken the financial strength of the Iranian hard-liners, who have always called for a more aggressive foreign policy in the region,” said Iran scholar Meir Javedanfar.

That is what has fuelled opposition in Iran to acceptance of FATF’s requirements. Hardliners have warned that FATF would effectively impair Iran’s ability to pursue a defense strategy focused on fighting the country’s foreign policy and military battles far beyond its borders and would give US sanctions more bite.

“Joining these conventions will lead to interference with Iran’s internal affairs, including financial and economic issues,” said Abolfazl Hasanbeygi, a member of the Iranian parliament’s National Security and Foreign Policy Commission. Mr. Hasanbeygi warned that FATF would be the vehicle that the country’s detractors would use to gain access to the workings of Iran’s banking and economic system and its flows of funds.

As a result, Iran is at a crossroads more because of the application of a rules-based international and multilateral system than the coercion of punitive sanctions imposed by a world power. In reality, Iran is emerging as a litmus test of the effectiveness of varying forms of global governance.

If Iran “does not comply with the FATF regulations, the whole Iranian banking system could become thoroughly isolated from the global financial system. This means that it would be almost impossible to transfer the country’s oil revenue internationally and even into its national economy,” said political analyst Shahir Shahidsaless.

“And if it does comply, it will face complications such as the creation of an FIU, becoming exposed to sanctions as a result of its chaotic banking system, greater difficulty bypassing US sanctions and, finally, risk getting trapped in allegations of financing terrorism,” he added referring to FATF’s insistence that members create a financial intelligence unit that monitors and reports on the funding of political violence.

Trump’s statement ‘the world is a very dangerous place’ and its irony!