Iran symbolically launched a total of 17 missiles against American troops in Iraq in retaliation to the killing of General Qassem Soleimani. Iran could have used proxies but deliberately used own military to show its own population and send a message that it took revenge for the killing of Qassem Soleimani. Will this attack now be a face-saving for both Iran and Trump? No US troops were killed which so far looks like a deliberate strategy to avoid escalation and show that it gave a 'proportionate' response. 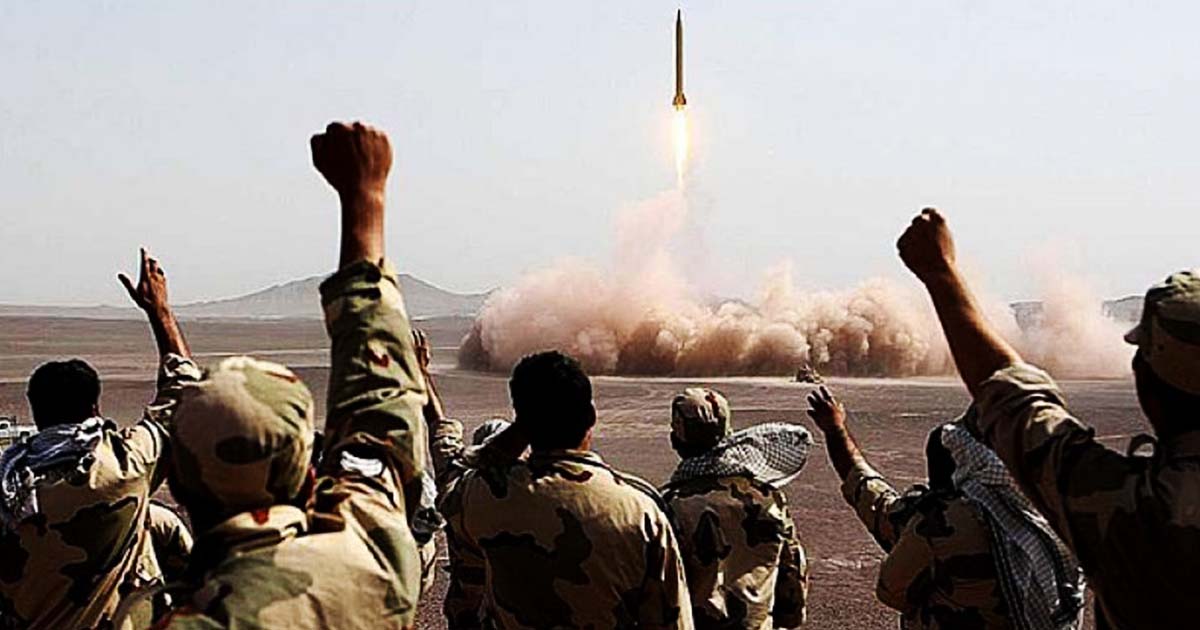 In a latest development, Iran, after midnight, has fired more than a dozen rockets at two Iraqi military bases hosting US troops. The attack has been officially claimed by Tehran and the development has been confirmed by the Pentagon. However of the 17 missiles launched, five hit bases where no troops were based. Apparently there is no loss of life.

American analysts are speculating whether there was a deliberate attempt by Iran to avoid a loss of life or their missiles were antiquated. US forces also it seems got enough warning that they were able to move their people into shelters. The fact that it was close to dawn – when there would have been little activity also helped to avoid loss of life.  The event has given Iran the ability to claim that it has taken a military to military response as wanted by the Supreme leader Ayatollah Ali Khamenei with no loss of life, which should help not to escalate fears of war between Iran and the USA.

Pakistani analysts have opined that this development is likely to be the first step in the right direction; de-escalation. Before the attack, Iran issued threats of targeting 34 sites which were deemed important to the US. After the killing of Qassem Soleimani, Iran’s second most powerful figure behind Supreme Leader Ayatollah Ali Khamenei, tensions peaked between Iran and the USA.

According to the international media reports, the rockets fired at the Ain al-Asad base in Anbar province and a base in Erbil early on Wednesday came amid escalating tensions between Tehran and Washington.

Iranian official warns any US retaliation will lead to all-out war in the Middle East. https://t.co/Sm37DQWUfX

So far response has been tempered from the President Donald Trump who tweeted after the attack and claimed “all is well”.

According to the US Central Command, which oversees the US military in the region, 15 missiles were fired, with 10 hitting the Asad base in Anbar, and one at a location near Erbil airport. Four of the missiles reportedly failed.

Ain al-Asad was the second largest American airbase in Iraq established during the US occupation of the country between 2003 and 2011.

In 2016, the Islamic State of Iraq and the Levant (ISIL, also known as ISIS) also launched attacks at the base, which then housed several hundred US troops and advisers training the Iraqi army after the US withdrawal in 2011.

The second US base in Erbil has not been named, but it is close to the airport in the semi-autonomous Kurdish region.

G-M Pitafi, Professor of International Relations at the University of Management and Technology (UMT), Lahore, told GVS that the situation in the Middle East is likely to come to normalcy. “I think Iran wanted to get something for the face-saving. The US probably agreed to allow Iran to target its two airbases where the damage is highly unlikely. This attack seems to be a result of an understanding between Tehran and Washington,” he said.

Professor Pitafi believes that Iranian leadership is now in a position to sell its version of “courage and bravery” since they can claim that “they have attacked the American troops”. “We were expecting it. Several sources confirmed to us that Tehran had asked the American leadership to give them something substantial for the face-saving. Here it is,” he opined.

Al Jazeera reported that Oil prices calmed on Wednesday following an early spike due to concerns that global oil supplies may be disrupted after Iran fired rockets at military bases in Iraq hosting United States forces, raising the prospect of a regional conflagration that could disrupt oil supplies.

Stocks are still down for the day so far but have erased some earlier losses as tweets by US President Donald Trump and Iran’s foreign minister appeared to signal a period of calm – for now.

Read More: Iran fights to push US out of Iraq

“What we have seen is a very limited airstrike on bases in Iraq and that has been somewhat a relief to the markets,” said Abid Ali, Al Jazeera economics editor.

“Initially we saw the markets fall by 2.2 percent in Japan, but that has recovered. We expected US markets to open lower by possibly about 1.7 percent but futures have pared back. And all of this is becasue of President Trump’s latest tweet – that ‘all is well’ – which has sort of calmed things down,” he said.

Attention has turned to the Straits of Hormuz in Iran, through which 34 million barrels of oil are shipped to the US every month, Al Jazeera’s Ali said. “If there had been an attack on or a blockage of the straits, then we would see oil prices shoot up to $150 a barrel and that would be catastrophic for the global economy. But what we have seen is a very limited airstrike on bases in Iraq and that has been somewhat a relief to the markets,” he said. “Things have calmed down and hopefully it will remain that way,” Ali added.

The price of gold initially shot past $1,600 per ounce on the spot market but later pared gains to trade at $1,593.56 per ounce, as investors rushed to safe-haven investments

Previous articleUS deploys 6 B-52 strategic bombers to Indian Ocean base – Report
Next articleUnexpectedly measured response so far from Donald Trump?