Iran can wipe out Israel if threatened: Hezbollah

The head of Lebanon's Tehran-backed Hezbollah said Friday that US ally Israel would not be "neutral" if a war broke out between the United States and Iran. 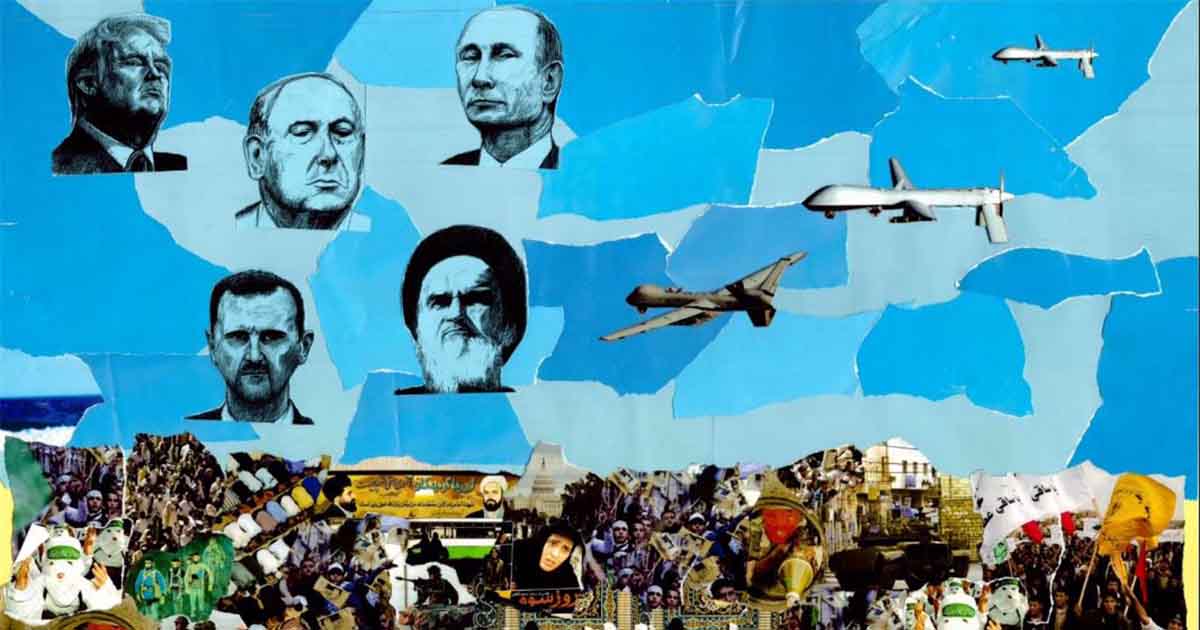 “Iran is able to bombard Israel with ferocity and force,” Hassan Nasrallah said in an interview broadcast on Hezbollah’s Al-Manar television.

His remarks came after weeks of increasing tensions between the United States and Iran, and as US President Donald Trump steps up his war of words with the Islamic Republic.

“When the Americans understand that this war could wipe out Israel, they will reconsider,” Nasrallah said.

“Our collective responsibility in the region is to work towards preventing an American war on Iran,” he said.

He said neither Saudi Arabia nor the United Arab Emirates had any interest in a conflict erupting.

On Friday, the US House of Representatives voted to restrict Trump’s ability to attack Iran, voicing fear that his hawkish policies are pushing toward a needless war.

Hezbollah is considered to be a terrorist organization by the United States, and is the only faction not to have disarmed after the Lebanese 1975-1990 civil war.

But it is also a major political player in the small Mediterranean country, taking 13 seats in parliament last year and securing three posts in the current cabinet.

Nasrallah also said he had decreased the number of his movement’s fighters supporting the Damascus regime in neighboring, war-torn Syria.

“The Syrian army has greatly recovered and has found that today it does not need us,” he said.

“We are present in every area that we used to be. We are still there, but we don’t need to be there in large numbers as long as there is no practical need,” he said.

The head of the Iran-backed Shiite movement, which has been fighting in Syria since 2013, did not give details on the extent of the reduction.

Backed by Russia and Iran, the Damascus government has taken back large swathes of territory from rebels and jihadists since 2015, and now controls around 60 percent of the country.

Nasrallah spoke after Washington announced fresh sanctions Tuesday against Hezbollah, targeting elected officials from the movement for the first time.

Nasrallah said none of his fighters were currently involved in fighting in Syria’s northwestern region of Idlib, where regime and Russian forces have increased deadly bombardments on a jihadist-run bastion since late April.

But “if there was a need to return, all those who were there would go back” to Syria, he added.

Responding to a question about repeated Israeli air strikes on Syria, he said the Israeli Prime Minister Benjamin Netanyahu was “deceiving his people”.

“He is playing a game of brinkmanship, because Iran will not leave Syria,” he warned.

Israel has carried out hundreds of strikes in neighboring Syria against what it says are Iranian and Hezbollah military targets. It has vowed to keep Iran from entrenching itself militarily there.

Read more: US vs Iran: Doors of diplomacy have been closed

Nasrallah’s interview came to mark the start of his movement’s 2006 war with Israel, which killed more than 1,200 Lebanese, mostly civilians, and more than 160 Israelis, mostly soldiers.

Both countries are still technically at war, and a UN peacekeeping force has said three tunnels have been found to have dug under the border from Lebanon into Israel since late last year.

The group’s leader warned that key Israeli installations along the Mediterranean coast including Tel Aviv were “within range of our rockets”.

Previous article“Shame on you”, Maryam replies on Imran Khan’s tweet
Next article15kg Heroin was planted in Rana Sanaullah’s car: PML-N