Iran, China and Russia started four days of joint naval drills in the Indian Ocean and the Gulf of Oman to strengthen relations and combat piracy and terrorism. The move has worried the US and its allies that have had tense relations with all three countries. 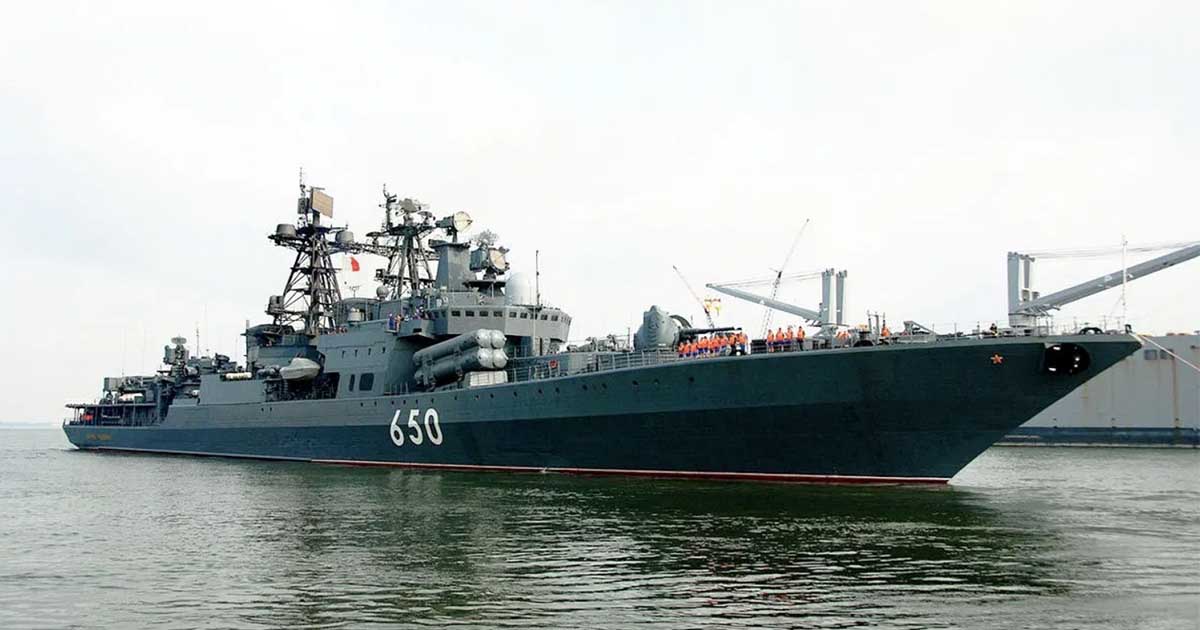 Iran, China and Russia started four days of joint naval drills in the Indian Ocean and the Gulf of Oman on Friday, the commander of Iran’s flotilla announced.

The exercise comes at a time of heightened tensions since the United States withdrew from a landmark 2015 nuclear deal with Iran in May last year.

The drills cover 17,000 square km & consist of various tactical exercises such as target practicing & rescuing ships from assault & incidents such as fires.(1/2)#ایران pic.twitter.com/KxS6TVzmpb

“The message of this exercise is peace, friendship and lasting security through cooperation and unity… and its effect will be to show that Iran cannot be isolated,” Rear Admiral Gholamreza Tahani said on state television.

Tahani added that the drills included rescuing ships on fire or vessels under attack by pirates and shooting exercises, with both Iran’s navy and its Revolutionary Guards participating.

State television showed what it said was a Russian warship arriving at Chabahar port in southern Iran and said the Chinese will join shortly, calling the three countries “the new triangle of power in the sea”.

“The aim of this drill is to bolster security of international maritime commerce, combatting piracy and terrorism and sharing information… and experience,” the flotilla commander said.

“Us hosting these powers shows that our relations have reached a meaningful point and may have an international impact,” he added.

The United States reimposed crippling sanctions on Iran after quitting the nuclear deal last year, prompting Tehran to hit back with countermeasures by dropping nuclear commitments.

Remaining parties to the badly weakened agreement include Britain, France and Germany as well as China and Russia.

In June, US President Donald Trump authorised a military strike after Iran shot down a US drone, only to call off the retaliation at the last moment.

Yemen’s Huthi rebels claimed responsibility for the attack but Washington accused Tehran, a charge it has strongly denied.

It has also denied accusations from Washington and other Western capitals that it was behind a string of mysterious attacks on oil tankers in Gulf waters.

Washington has responded with a military build-up in the Gulf and has launched a naval operation with its allies to protect navigation in Gulf waters.

Japan said Friday it would also send a military vessel and two patrol planes to help protect naval waterways in the region, but will not join the US-led coalition. Tokyo will send a destroyer for intelligence activities along with two patrol aircraft, chief cabinet secretary and government spokesman Yoshihide Suga told reporters.

The move is “Japan’s own measure aimed at peace and stability in the Middle East as well as ensuring safety of Japan-related vessels,” he said, noting that 90 percent of crude oil Tokyo imports were from the region.

Israel’s Army Chief of Staff Aviv Kohavi on Wednesday lamented that Israel is alone in the fight against Iran and its proxies in the Middle East, as the Islamic Republic grows increasingly aggressive in the region. “It would be better if we weren’t the only ones responding to them [militarily],” Kohavi said, in an apparent criticism of the United States and Persian Gulf countries, who also see Iran as a major foe.

The military chief, in his first major speech, said the Israel Defense Forces was operating throughout the region — openly, covertly and clandestinely — in order to thwart the plans of Iran and its proxies, “even at the risk of war.”