Iran was in hot waters already with its involvement in Syria and failing economy and now things have complicated even further with the advent of Coronavirus in Iran. Several cases have emerged and Iran is ill-prepared to tackle the situation. 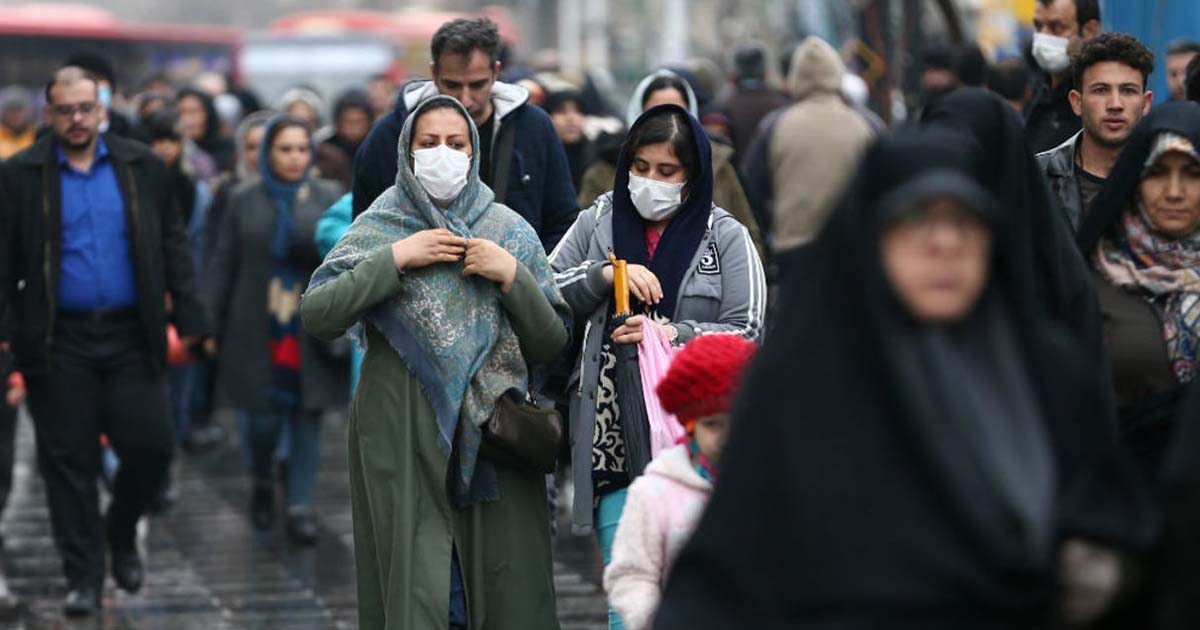 Iran’s emergence as a hot zone for the coronavirus further complicates that country’s relationships with its neighbours at a time when its economy is sliding deeper into recession.

US President Donald Trump’s “maximum pressure” campaign on Iran by tightening economic sanctions coincides with a spreading health crisis that will test a hardline leadership.

Iranian confidence in its rulers is stretched in any case – there has been persistent unrest in which violent clashes with the authorities over economic hardship have resulted in dozens of deaths.

Battered by a sanctions regime, a deepening economic retrenchment and now a health emergency, Iran’s leaders will feel they are more than usually beleaguered.

Coming on top of America’s assassination of Iran’s military commander, Major General Qassim Suleimani, in early January, these are precarious moments for the Iranian leadership.

Now the question is whether an overstretched Iran will feel obliged to pull back from its expensive involvement in Syria and its support for allies in Lebanon, Yemen and elsewhere in a troubled region.

In other words, will its leadership, under considerable pressure at home, stage a retreat, or even decide it is in its interests to seek some sort of accommodation with a US administration that is bent on tightening the screws? US Secretary of State Mike Pompeo last week imposed additional curbs on travel by figures close to Iran’s rulers.

The alternative is for Tehran to withdraw into its shell while it rides out economic and other pressures. Given the parlous state of Iran’s economy, this will be easier said than done.

Read more: 27 killed in New Delhi: What does the US commission say India about Muslim minority?

In all of this, the survival of an embattled regime in power since the overthrow of the shah in 1979 will be paramount. Whether that prompts a rethink of Iran’s refusal to negotiate a replacement nuclear deal without sanctions being lifted first remains to be seen.

These options will be canvassed behind the scenes in arguments between moderates close to Iran’s president, Hassan Rouhani, and hardline elements aligned with Supreme Leader Ayatollah Khamenei. As things stand, it appears the hardliners have secured the upper hand.

Iran’s parliamentary elections last week made this clear. Hardliners achieved a near clean sweep after the powerful Guardians Council excluded thousands of moderate candidates from the race.

Appointed by Khamenei, the council vets suitable candidates for elections. Dozens of moderate members of parliament were denied the opportunity to recontest. Ali Vaez, director of the Iran Project at the International Crisis Group, said:

This is 2004-2005 all over again: a shift of the centre of Iranian politics to the right, harbingered by a major victory by the hardliners in low-turnout parliamentary elections, followed by a takeover of the presidency by the hardliners.

This is potentially bad news for President Rouhani, who had sought an accommodation with the US and its allies after signing a deal in 2015 in which Iran agreed to freeze its nuclear weapons program. Iran will have presidential elections next year.

Trump took the US out of the nuclear deal in 2018. As a consequence, Tehran has been edging away from commitments made under the Joint Comprehensive Plan of Action (JCPOA) to halt its enrichment processes.

Complicating all of this is the coronavirus epidemic in a country where health services are already stretched. By mid-week, Iran had reported 95 cases, but this almost certainly significantly understates the situation. The country is believed to have suffered the most deaths from the virus outside China.

Iran’s efforts to curb the contagion are vastly hampered by the fact that it is a destination for millions of Shia pilgrims annually from surrounding countries. These include Afghanistan, Pakistan and the Gulf states.

The holy city of Qom has become a hotbed of the virus. Multiple deaths have been reported there. Symbolic of Tehran’s challenges in getting the coronavirus under control is the case of its deputy health minister.

Earlier this week, Iraj Harirchi had denied the authorities were covering up the scale of the outbreak. He later self-reported he was suffering from the disease.

This will have done little to engender confidence in the government’s ability to contain the disease or provide a credible accounting of its spread in a country of 80 million.

Adding to concerns region-wide is that Iran is believed to be the source of infections that have emerged among its neighbours, including Afghanistan, Bahrain, Iraq, Kuwait and Oman.

All these countries have now imposed restrictions on travel to and from the Islamic Republic. Dubai, a transit hub and home to the airlines Emirates and Etihad, has suspended all passenger and cargo flights to Iran for a week as a “precautionary measure”.

In Iran, #CoronaVirus is wreaking havoc. Listen to this nurse from the Kamkar Hospital of Qom. He says during his night shift alone, he witnessed 8 people die.

Iran's officials are trying to cover up Corona deaths by lying and underreporting them.

The situation is very serious pic.twitter.com/iuHdTo7GQF

Curbs on travel will have a further dampening effect on Iran’s economy. It’s already reeling from tough sanctions, which include wide-ranging restrictions on the country’s oil exports, its economic lifeblood.

In October, the International Monetary Fund reported Iran’s economy would contract by 9.5% in 2019. This was the worst year for Iran since 1984, at the height of the Iran-Iraq war.

In 2019, the only countries to do worse, according to the IMF, were Libya, in the grip of a civil war, which suffered a 19% contraction, and Venezuela, which shrank 35%.

The IMF and World Bank had predicted incremental growth, if that, for Iran in 2020. In view of coronavirus concerns, marginal growth now seems highly unlikely.

Iran is also stricken by skyrocketing rates of inflation. The IMF put the figure for 2019 at 35.7%. The Statistical Centre for Iran assessed the number higher at nearly 50%.

Food and fuel costs have gone through the roof. This has been the main cause of the civil unrest that continues to beset the regime. With US-sponsored sanctions in place and now a health crisis bedevilling the country, there is little relief in sight.

What is clear is Iran is facing its most challenging moment since 1988 and the end of its war with Iraq in which an estimated 500,000 Iranians were killed. War costs bled the economy dry.

In some ways, the latest situation may be more challenging for the regime given that Iranians were unified in a war effort. That unity is now a distant memory.

‘I think I have coronavirus’ – Follow these experts’ suggestions for treatment