27 killed in New Delhi: What does the US commission say India about Muslim minority?

More than 27 Muslims have been killed in New Delhi, India in last three days. The international community now seems to be concerned. However, the bigger question is can America, an alley of India, force PM Modi to correct his anti-Muslim political program? 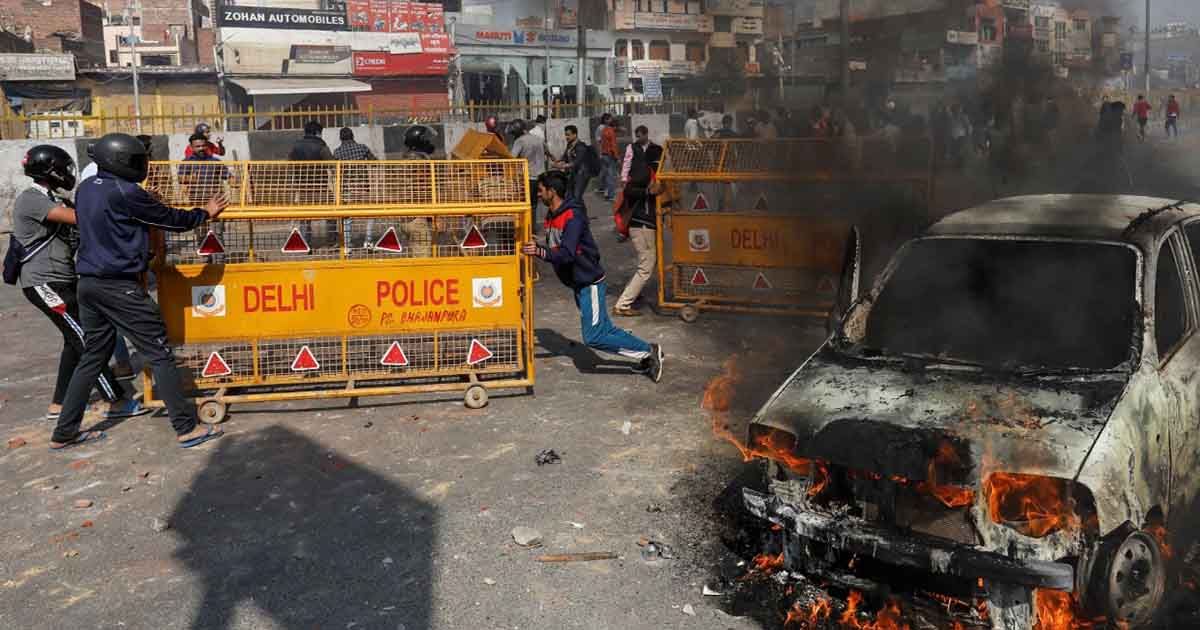 As India is moving fast towards a fascist regime, the international community seems to be awaken to urge the incumbent Indian political establishment to reviews its anti-Muslim policy. In a latest move, the US Commission on International Religious Freedom, which advises the US government but does not set policy, voiced “grave concern” about the violence which broke out as President Donald Trump was visiting New Delhi.

The clashes in Delhi left at least 27 people dead. Protests against a contentious citizenship law began on a smaller scale on Sunday but escalated on Monday — as US President Donald Trump started his two-day trip to India — and Tuesday into running battles between Hindus and Muslims in New Delhi’s north-east, where rioters armed with stones, swords and even guns were out in force.

USCIRF is alarmed by reports of deadly mob violence targeting Muslims in New Delhi, #India and urges the #Modi government to rein in mobs and protect religious minorities and others who have been targeted. #DelhiViolence #CAAProtesthttps://t.co/MiUaDI2GnQ

“One of the essential duties of any responsible government is to provide protection and physical security for its citizens, regardless of faith,” said Chairman Tony Perkins, a conservative Christian close to the Trump administration. “We urge the Indian government to take serious efforts to protect Muslims and others targeted by mob violence,” he said in a statement.

A commissioner appointed by Democratic House Speaker Nancy Pelosi, Anurima Bhargava, voiced alarm at reports that Delhi police “have not intervened in violent attacks against Muslims.”

“The brutal and unchecked violence growing across Delhi cannot continue,” she said. “The Indian government must take swift action to ensure the safety of all of its citizens,” she added.

Analysts believe that the current Indian government is pursuing a policy of appeasement since it has failed to perform on economic fronts. Saleha Anwar, a Lahore-based political analyst, believes that “India under Modi has become a battlefield between Muslims and Hindus sending economy on second in the list of priorities.

This is likely to be the biggest challenge for the Indian liberal and secular voices to maintain order in a highly diverse and complex society. Treating 200 million people as minority, that too vulnerable, may adversely impact India’s current political settings.

It is important to note that Indian politics is being shaped by the extremist politicians and strategists who intend to wipe out the Muslim minority from India. Dr. Moeed Pirzada, prominent political commentator and columnist, recently noted that “Ram Rath Yatra, Mandal Commission, Ram Janma Bhoni movement, Attack on Babri Mosque, Demolition of Babri Mosque, Bombay riots, Nuclear Explosions of 1997, Kargil Conflict, Attack on Indian Parliament, Mobilization against Pakistan, Gujrat Pogroms, Mumbai terrorism everything in one or the other was skillfully utilized in redefining Indian narrative and politics moving it ever closer to the realization of a Hindu Rashtra which now exists in reality though it still needs a legal and constitutional cover”.

The emerging trends in India offer us sufficient amount of evidence that the rise of identity politics in India is to overshadow Modi’s dismaying economic performance. This is wrong with identitarian politics in the age populism.”

Similarly, while commenting on the state of the economy, Indian writer and human rights activist, Arundhati Roy notes that “while Modi has delivered on Hindu nationalism, he has stumbled badly on the free-market front. Through a series of blunders, he has brought India’s economy to its knees.

Apoorvanand, who teaches Hindi at the University of Delhi, believes that the BJP is attempting to hegemonise the diverse India which is likely to backfire. He opines that “the BJP and the RSS are trying to hegemonise diverse, regional and cultural spaces and paint them with a broad Hindu brush. Slowly and gradually, they are trying to gain control over institutions – religious and cultural – by putting their people there”.

Read more: CAB: An Indian bill that even Indians think is “Discriminatory”

He further notes that “they are trying to create a Hindu umbrella, which will shelter all these diverse traditions and give people a feeling of being part of a unified whole called Hinduism. They are also eyeing the tribal traditions. This entry into their holy and cultural spaces is now conspicuous”

Dissension on PM Modi within India increase after assault on students