Iran sinks its own warship in friendly fire, killing 19

Iran sinks Konark, its own warship, in friendly fire during naval exercises killing 19 crewmen & injuring 15. Tragedy again exposes Iran's serious capacity issues in training and its old creaky military hardware. In January, Iranian Air Defence, in fear of US reprisals, shot down a Boeing 737 killing 176 onboard. 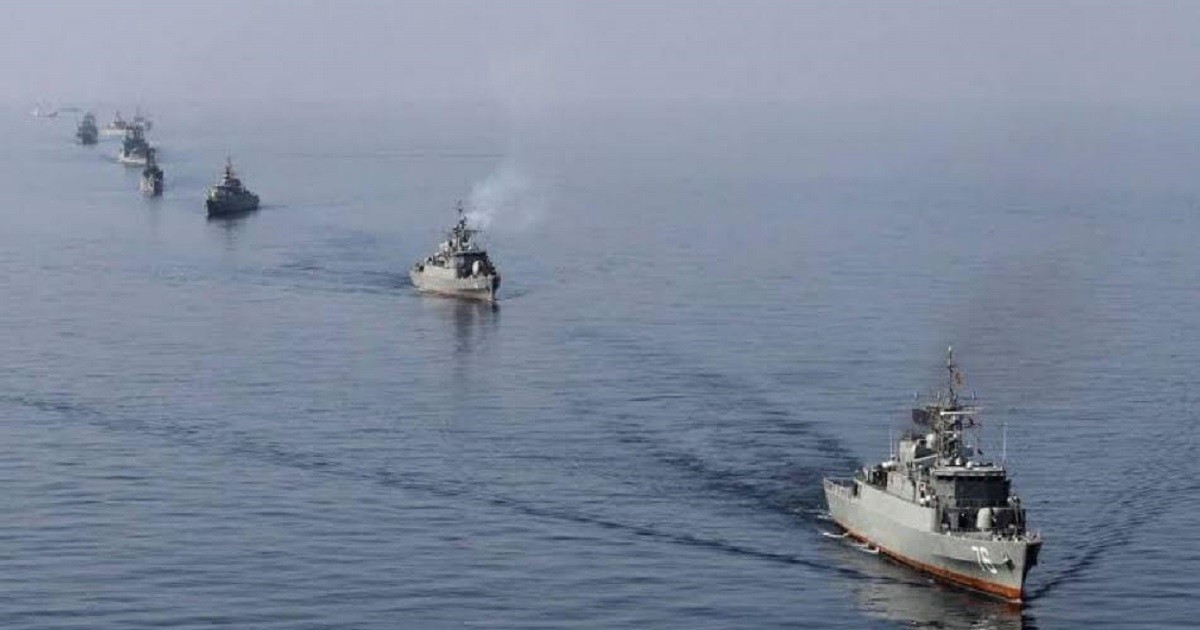 An Iranian warship was hit by a friendly fire missile during naval exercises, killing 19 sailors, state media and the army said Monday, amid tensions with the US in Gulf waters.

The incident involving the Konarak vessel occurred on Sunday afternoon near Bandar-e Jask, off the southern coast of the Islamic republic, state television said on its website – and exposes Iran’s capacity issues in terms of professional training and its rickety hardware. In January, Iranian air defence had shot down a civilian Boeing 737 in confusion after Iranian strikes on US bases inside Iraq.

“The vessel was hit after moving a practice target to its destination and not creating enough distance between itself and the target,” said the channel.

The armed forces said in a statement that 19 crewmen were killed and 15 injured.

The incident involving the Konarak vessel occurs on Sunday afternoon near Bandar-e Jask, off the southern coast of the Islamic republic, state television says. https://t.co/zbp2M7rELI

It said the Konarak had been involved in an “accident” during the exercises, without elaborating.

Read more: Without preconditions? Iran is prepared to negotiate prisoner swap with the US

The vessel had been towed ashore for “technical investigations”, it added, calling on people to “avoid speculation” until further information is released.

Tasnim news agency said in an English-language tweet that the Konarak was hit by the missile fired by another Iranian warship.

The vessel had been hit by “‘friendly fire’ after Moudge-class frigate ‘Jamaran’ accidentally shot (it) with a missile during live firing exercise in Jask area of #PersianGulf waters”.

The 15 injured were hospitalized in Sistan and Baluchistan, said Mohammad-Mehran Aminifard, head of the province’s medical university.

Two of the sailors were in intensive care, he told the semi-official news agency ISNA.

The Konarak is a logistical support vessel made in the Netherlands and purchased by Iran before the 1979 Islamic revolution.

Weighing 447 tonnes and 47 meters (154 feet) long, the Hendijan-class vessel is equipped with four cruise missiles, according to state television.

It was not immediately clear how many crew members were onboard the warship at the time of the accident.

Iran and its arch-enemy the United States have traded barbs in the past year over a spate of incidents involving their forces in the sensitive Gulf waters.

Their latest high-seas confrontation came on April 15, when the United States claimed Iranian boats had “harassed” its navy ships in the waterway.

That works for me!!

Trump on Twitter tells US Navy to 'shoot down and destroy' Iranian boats that harass US ships – CNNPolitics https://t.co/bV8lrFUTUc

US President Donald Trump then tweeted that he had ordered the US Navy to “shoot down and destroy any and all Iranian gunboats if they harass our ships at sea”.

Tensions have escalated since 2018 when Trump withdrew the United States from a multinational accord that froze Iran’s nuclear program and reimposed crippling sanctions on its economy.

At a press briefing a few hours after the president’s announcement, Defense Department officials characterized it as more of a warning to Iran than a shift in policy.

“It was a very useful thing he put out,” Norquist added.

Vice-Chairman of the Joint Chiefs Gen. John Hyten said “the president’s message was crystal clear,” adding, “I like that the president warned an adversary.”

“Iran has proven that it will not succumb to intimidation and threats, nor will it hesitate to defend its territory – in accordance with international law – from any and all aggressions.”

Trump appeared to be responding to an incident on April 15 when several Iranian Revolutionary Guard Corps vessels crossed in front of U.S. Navy ships at close range in the Persian Gulf.

An Iranian government spokesman said the country would not “succumb to intimidation and threats.” The latest accident with Iranian warship greatly resembles the rivalry.

Iran’s armed forces in January mistakingly shot down a Kyiv-bound Boeing 737 passenger jet shortly after takeoff from Tehran, killing all 176 people aboard.

The military admitted to the catastrophic error, saying it came as Iran’s air defenses were on high alert after firing a barrage of missiles at US troops stationed in Iraq.

Read more: ”Shoot down & destroy Iranian gunboats if they harass our ships”: Trump

Iran launched the missiles in retaliation for the United States’ killing of its top general Qasem Soleimani in a drone strike days before that.

Boris Johnson discharged from ICU: Has he fully recovered?