Iran to disregard all restrictions on its Nuclear Program and will forego limit on centrifuges in the aftermath of Gen. Soleimani killing

Tehran announced the decision in the aftermath of the US drone strike that killed Iranian General Qassem Soleimani. Iraq has also reacted to the US' act of aggression, with its Parliament demanding US forces to leave Iraq. 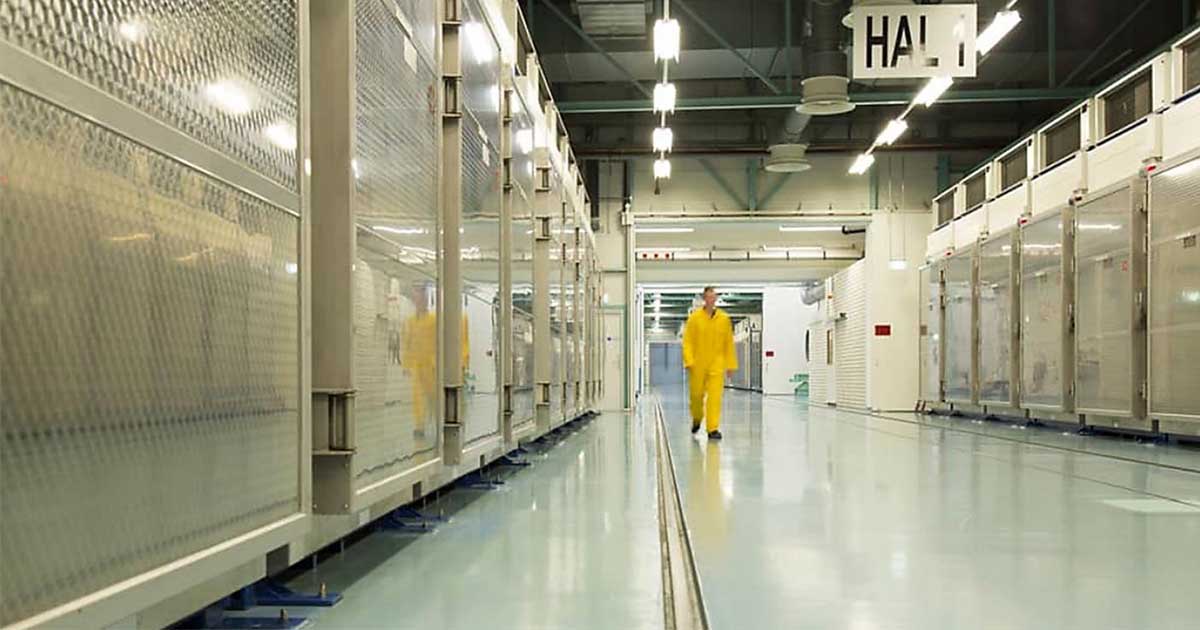 On Sunday, Iran declared its fifth step away from the JCPOA nuclear deal, saying it will forego the “limit on the number of centrifuges”, in the midst of escalations with the US. In an announcement, Tehran said it would keep cooperating “as before” with the International Atomic Energy Agency (IAEA), which was tasked to monitor the implementation of the Nuclear deal.

As 5th & final REMEDIAL step under paragraph 36 of JCPOA, there will no longer be any restriction on number of centrifuges

While vast crowds gathered in Iran’s second city of Mashhad as Qasem Soleimani’s remains were returned home, the Tehran government said it would forego the “limit on the number of centrifuges” it had pledged to honour in the 2015 agreement which was already in deep trouble.

The announcement was yet another sign of the fallout from Friday’s killing of Soleimani in Baghdad in a drone strike ordered by President Donald Trump, which has inflamed US-Iraqi relations and among the rival camps in Washington.

House Speaker Nancy Pelosi has been leading the backlash against the Soleimani strike, an operation that Trump only officially informed Congress about after the event

Iran’s 2015 nuclear accord with the United Nations Security Council’s five permanent members — Britain, China, France, Russia and the United States — plus Germany has been hanging by a thread since the US withdrew unilaterally from it two years ago.

European countries have been pushing for talks with Iran to salvage the deal, inviting Iranian Foreign Minister Mohammed Javad Zarif to Brussels for talks, but the prospect of progress seemed remote after the government’s statement on Sunday night.

Read more: Iran’s breaches of the 2015 nuclear deal? How Serious are they?

“Iran’s nuclear programme no longer faces any limitation in the operational field”, said the statement. This extends to Iran’s capacity for enriching uranium, the level of enrichment carried out, the amount enriched, and other research and development, it said.

“As of now Iran’s nuclear programme will continue solely based on its technical needs,” it added.

Iran’s government said it was ending all its commitments to the 2015 nuclear deal and would no longer limit its enrichment of uranium. #trump #IranUsa #NuclearDeal https://t.co/WqD19nQ76M

Until now, Iran has said it needs to enrich uranium up to a level of five percent to produce fuel for electricity generation in nuclear power plants.

Tehran said it would continue cooperating “as before” with the International Atomic Energy Agency but the leaders of Germany, France and Britain reacted by urging Iran to rethink its announcement.

“We call on Iran to withdraw all measures that are not in line with the nuclear agreement,” Chancellor Angela Merkel, President Emmanuel Macron and Prime Minister Boris Johnson said in a joint statement.

Javad Zarif to Brussels for talks, but the prospect of progress seemed remote after the government’s statement on Sunday night

The European leaders also urged Iran to refrain from taking “further violent actions or support for them.”

“It is crucial now to de-escalate. We call on all the players involved to show utmost restraint and responsibility.”

The Europeans have been among the chorus of voices urging restraint in the aftermath of the drone strike which killed Soleimani, the veteran commander of the Revolutionary Guards’ foreign operations.

Read more: US and Israel gang up on Iran as nuclear deal falters

Soleimani’s remains had been returned before dawn to the southwestern city of Ahvaz, where the air resonated with Shiite chants and shouts of “Death to America”. Some 5,200 US soldiers are currently stationed across Iraqi bases to support local troops preventing a resurgence of the Islamic State jihadist group.

But the government could be poised to demand they leave after a vote in the Baghdad parliament where caretaker prime minister Adel Abdel Mahdi joined 168 lawmakers — just enough for quorum — to discuss a motion to force US troops.

“The parliament has voted to commit the Iraqi government to cancel its request to the international coalition for help to fight IS,” speaker Mohammed Halbusi announced. The cabinet would have to approve any decision but the premier indicated support for an ouster in his speech.

Iraqi people want the US

US Secretary of State Mike Pompeo reacted by saying he would “take a look at what we do when the Iraqi leadership and government makes a decision” but indicated that he felt American troops were still welcome.

“We are confident that the Iraqi people want the United States to continue to be there to fight the counterterror campaign,” Pompeo said on Fox News.

Two rockets hit near the US embassy in Baghdad late Sunday, the second night in a row that the Green Zone was hit and the 14th time over the last two months that US installations have been targeted.

Some 5,200 US soldiers are currently stationed across Iraqi bases to support local troops preventing a resurgence of the Islamic State jihadist group

Pompeo defended the decision to kill Soleimani while insisting that any further US military action against Iran would conform to international law. Trump triggered accusations that he had threatening a war crime by declaring cultural sites as potential targets in a Tweet on Saturday night.

Zarif drew parallels with the Islamic State group’s destruction of the Middle East’s cultural heritage following Trump’s tweets that sites which were “important to… Iranian culture” were on a list of 52 potential US targets.

House Speaker Nancy Pelosi has been leading the backlash against the Soleimani strike, an operation that Trump only officially informed Congress about after the event.

But Trump made light of the calls for him to get Congressional approval in the future, saying such notice was “not required” — and then saying his tweet would serve as prior notification if he did decide to strike against Iran again.

“These Media Posts will serve as notification to the United States Congress that should Iran strike any US person or target, the United States will quickly & fully strike back, & perhaps in a disproportionate manner,” Trump wrote.

Iran’s Khamenei announces to remove US from the face of Iraq, Syria