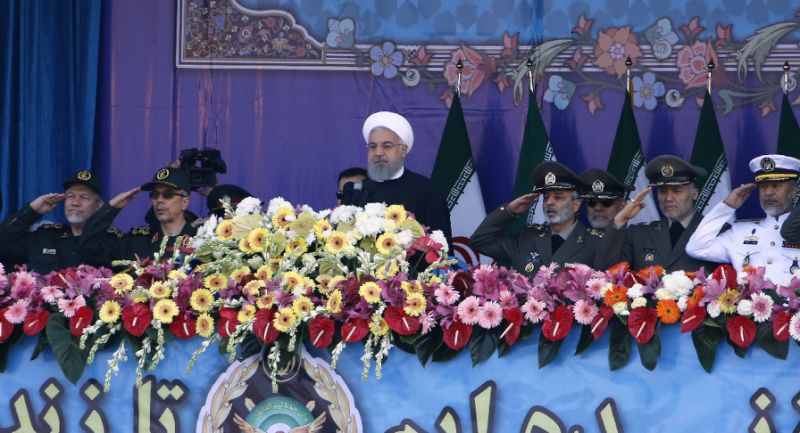 Iran’s President Hassan Rouhani called on Middle East states on Thursday to “drive back Zionism”, saying Israel and its US ally were the root causes of the region’s problems.

“The region’s nations have lived alongside each other for centuries and never had a problem… If there is a problem, it is caused by others,” Rouhani said in an Army Day address.

“Let us stand together, be together and rid the region of the aggressor’s presence,” he added in the speech shown live on state television.

Iran’s annual Army Day celebrations are an opportunity for the military to show off its latest weaponry but also for its political leaders.

Flanked by top generals, Rouhani told Iran’s neighbours and countries across the region that its armed forces are “never against you or your national interests” but are “standing against the aggressors.”

“If we have a problem in the region today, its roots are either with Zionism or America’s arrogance,” Rouhani said.

He called on Muslim nations to band together and “restore the historical right of the nation of Palestine,” saying that “Zionism … has been committing crimes in the region for the past 70 years.”

“The final victory will surely be with the righteous,” he said.

Iran’s annual Army Day celebrations are an opportunity for the military to show off its latest weaponry but also for its political leaders to try to reassure neighbouring countries that they are for defensive purposes only.

Losses more than $1 bn in major US health fraud: investigators

Iraq gets US sanctions break to buy electricity from Iran