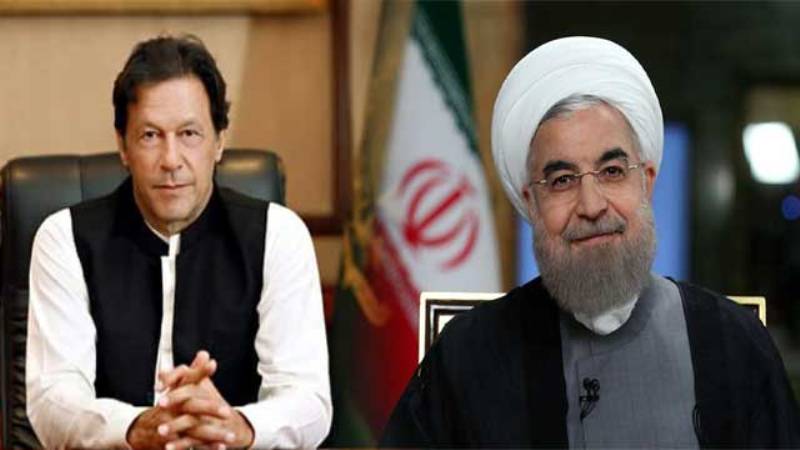 On Tuesday, the Foreign Office announced Prime Minister Imran Khan’s official two-day visit to Iran, which will commence on April 21st. PM Khan was invited by Iranian President Hassan Rouhani to visit the neighboring country, and it is expected to usher a new era of Pak-Iran relations.

The statement issued by the Foreign Office stated, “Prime Minister Imran Khan will pay an official visit to Iran on 21-22 April 2019 on the invitation of President of the Islamic Republic of Iran, His Excellency Hassan Rouhani. This will be the first visit of the Prime Minister to Iran.”

Iran has been hit with heavy floods that have caused massive infrastructural damage, claiming the lives of 70 peoples, injuring thousands and displacing hundreds of families from their homes.

The statement added that during his visit, Prime Minister Imran Khan will hold “detailed consultations” with President Rouhani and pay a call on Iran’s Leader of Islamic Revolution Ayatollah Seyyed Ali Khamenei. Before arriving in Tehran and meeting the Iranian leadership, PM Khan will make a “brief” stopover to pay his respects at the shrine of Imam Ali Raza in Mashhad. The statement added, “The Prime Minister will also meet members of the Iranian and Pakistani business community in Iran.”

Pakistan welcomes friendly relations with Iran and the statement released by the Foreign Office noted that Tehran and Islamabad have shared a history of friendly relations. It stated, “Pakistan’s relations with Iran are marked by close historic and cultural linkages and strong people to people exchanges. Pakistan and Iran are also members of the Economic Cooperation Organization (ECO) and Organization of Islamic Cooperation (OIC). The Prime Minister’s visit to Iran will further the close bilateral relationship between the two countries.”

Prime Minister Imran Khan will be accompanied by a high-level delegation consisting of his Ministers for Finance, Human Rights, Maritime Affairs and Inter-Provincial Coordination besides several senior officials. Media outlets are reporting that during his consultations with the Iranian leadership, PM Khan will also be discussing border security challenges.

Earlier this month, Pakistan’s National Disaster Management Authority (NDMA) had dispatched two C-130 planes loaded with 32-ton consignment carrying relief goods for the flood-hit regions of Iran, including the city of Ahwaz. The aid consisted of 500 tents, 3300 blankets, and emergency medical kits. Iran has been hit with heavy floods that have caused massive infrastructural damage, claiming the lives of 70 peoples, injuring thousands and displacing hundreds of families from their homes.

Pakistan extended its brotherly support during this difficult time. The statement issued by the FO stated, “As a brotherly country Pakistan decided to assist its neighbor Iran by sending humanitarian aid to supplement Iran’s own relief efforts. Pakistanis stand by their Iranian brethren at this difficult time”.

Last week, Foreign Minister Shah Mehmood Qureshi had announced that Islamabad is successfully achieving the foreign policy targets it had set out to achieve in the international community. He had stated, “China, Japan, and Iran are three important countries for Pakistan, and we are going to hold talks with these nations in the upcoming days.”

City of Qom: Iranian blend of revolution and modernity