Iraq likely to become battleground for US-Iran quagmire in the aftermath of Soleimani killing: Analysts

Gen Soleimani's killing marks a major escalation in tensions between Washington and Tehran, with Khamenei vowing to take "severe revenge". Analysts have warned that Iraq will be dragged into the US-Iran conflict and become a battleground for this proxy war which shows no signs of cooling down. 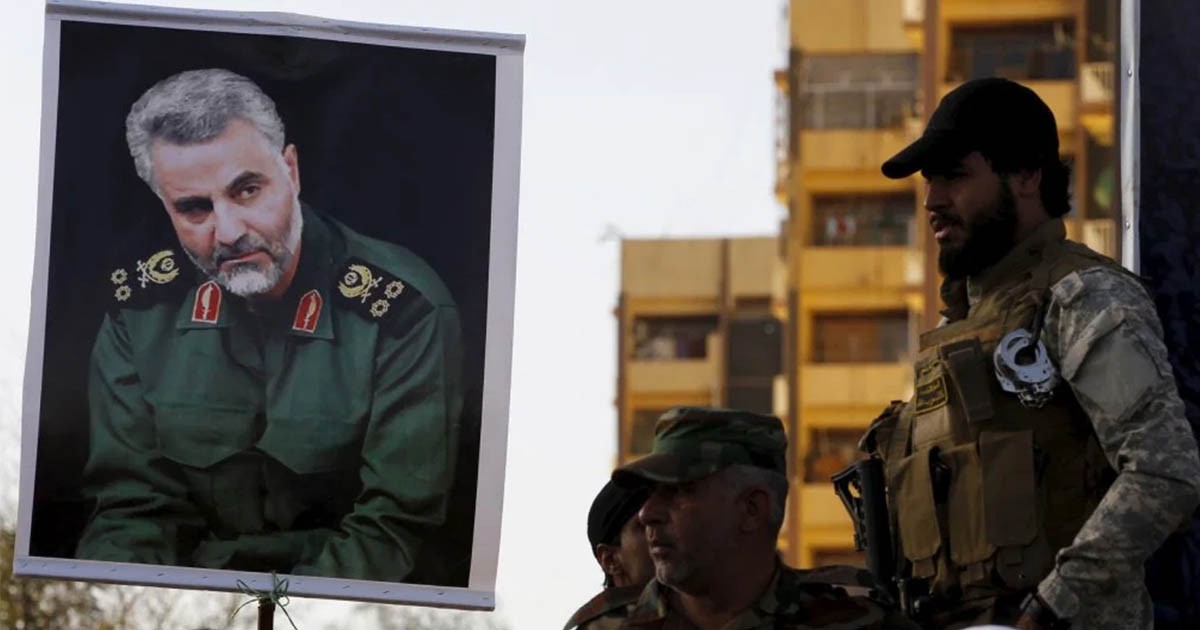 Tensions between the United States and Iran escalated on Friday after a US air strike in Baghdad killed Qassem Soleimani, the head of Iran’s elite Quds Force, and Abu Mahdi al-Muhandis, a top Iraqi paramilitary chief.

Analysts have warned that Iraq will be dragged into the US-Iran conflict and become a battleground for this proxy war. The quagmire is showing no signs of cooling down as the Iranian Supreme Leader Khamenei vowed to take ‘severe revenge’ for the U.S. attack that killed two high ranking military commanders of Iran.

His efforts & path won’t be stopped by his martyrdom, by God’s Power, rather a #SevereRevenge awaits the criminals who have stained their hands with his & the other martyrs’ blood last night. Martyr Soleimani is an Intl figure of Resistance & all such people will seek revenge. /3— Khamenei.ir (@khamenei_ir) January 3, 2020

The U.S. on the other hand is claiming that it has fulfilled the wishes of the Iraqi populace by killing the Iranian commander. U.S. Secretary of State Mike Pompeo tweeted a video, showing Iraqis ‘celebrating’ the strike on General Soleimani.

Iraqis — Iraqis — dancing in the street for freedom; thankful that General Soleimani is no more. pic.twitter.com/huFcae3ap4— Secretary Pompeo (@SecPompeo) January 3, 2020

However, the general feeling amongst Iraqi masses apparently seems to be extremely anti U.S. who they blame for the chaotic situation in Iraq, a country that was strong and stable prior to the infamous 2003 U.S. invasion of Iraq in the name of the ‘War on Terror’.

The raid has confirmed the worst fears of many Iraqis: that their homeland will become the main battlefield in a looming conflict between Iran and the United States. “Iran’s strongest cards are in Iraq, and I think that Iraq will pay the price for this,” said Fanar Haddad of Singapore University’s Middle East Institute.

Tensions between the United States and Iran have been rising for months, as Washington accused Tehran-backed factions of firing rockets on their troops across Iraq and on their embassy in Baghdad.

But they have soared over the past week. On December 27, a rocket attack killed a US contractor working in northern Iraq, prompting retaliatory US strikes that killed 25 fighters from Kataeb Hezbollah, a hardline Hashed faction.

What a pathetic world we live in.

The General who protected with his blood and soul the Shrines of Karbala, Najaf, Samara, Syeda Zaynab s.a in Syria and saved Iraq from ISIS has been assassinated on the orders of Devil Trump.

You graced martyrdom Our Hero- The lion of the Middle east!#soleimani pic.twitter.com/NgGnVdOMUr— Syeda Abiha (@Army313_) January 3, 2020

Angry Hashed supporters laid siege to the US embassy as Washington announced hundreds of new US troops were en route to the region.

Killing #Soleimani isn’t like killing bin Laden, who had masterminded the worst terrorist attack against America. Soleimani was a competitor, who was highly effective in fighting ISIS as well as American interests. Assassinating him seems like a step back to a more savage past.— John Simpson (@JohnSimpsonNews) January 3, 2020

But Washington delivered its most decisive blow yet early Friday when a volley of strikes hit near Baghdad international airport, leaving two cars torched on the access highway. Iran’s Revolutionary Guards confirmed Soleimani was killed in the strike while the Hashed announced Muhandis’s death.

With the two dead, the Quds Force — the foreign operations arm of Iran’s Guards Corps — has been left decapitated and the Hashed lost its de facto chief, too. Iran’s supreme leader Ayatollah Ali Khamenei vowed “severe revenge” for the raid and its top security council was meeting to discuss options.

Qasem Soleimani and a top Iraqi paramilitary chief in a US strike on Baghdad Friday threaten to drag Iraq into the abyss of regional conflict, analysts warned

Analysts said the outbreak of a wider conflict was looking increasingly likely. “If Iran does need to respond and make a performance out of this, the fear is that there will be something more than just loading rockets at embassies,” said Haddad.

“It could set Iraq along the path of internal conflict and that’s something Iran can very easily instigate,” he said.

The nature of the strike is unprecedented because of the seniority of those targeted — making its repercussions hard to picture, said Ramzy Mardini, a researcher at the US Institute of Peace.

“The problem with judging what happens next is a problem of imagination. Nobody thought this was in the realm of possibility,” he told AFP.

“It’s likely that all actors on all sides will be playing things by ear in the short term, which is a recipe for miscalculation,” said Mardini.

#video shows #Iran-ians from different walks of life took to streets to mourn martyrdom of General #Soleimani who was assassinated in #Iraq by #US military#SevereRevenge#قاسم_سليماني_شهيد pic.twitter.com/5rrccKCxQa— Iran (@Iran) January 3, 2020

Friday’s strike had shown that Iran could no longer use its allies in Iraq to carry out attacks against US interests “without risking an American conventional retaliation on Iran,” Mardini told AFP.

“Plausible deniability has gone out the window.”

#HillaryClinton :we made ISIS terrorists #QasemSoleimani : I fight with people who do murder in middle east and make danger for innocent civilizations. I will remove ISIS#Trump: I will explode #Soleimani pic.twitter.com/uUEu6l5UqG— Sandra (@Heiswithmee) January 3, 2020

The US had expressed increasing frustration with the escalating rocket attacks on its 5,200 troops in Iraq and on its embassy in Baghdad over the past two months. US forces led the 2003 invasion against then-dictator Saddam Hussein and Washington has worked closely with Iraqi officials and commanders since then.

But its influence has waned compared with that of Iran, which carefully crafted personal ties with Iraqi politicians and armed factions, even during Saddam’s reign. Soleimani was the prime example, sweeping into Baghdad regularly to hold meeting with top Iraqi officials during times of turmoil.

Ranj Alaaldin, a fellow at the Brookings Institution in Doha, said that would leave Iran with a range of questions for its Iraqi partners. “How did the US know of Soleimani’s arrival in Baghdad? Who leaked the intel?” Alaaldin tweeted.

Hindutva expansionism must not be allowed to destabilize region, says Bilawal Bhutto