The new leader of Quds force, Esmail Qaani promised to avenge Qasem Soleimani by driving the US out of the region. Meanwhile, Iraq has passed a resolution to kick out US troops from Iraq and Trump, in response, did what he does best, threatened of more sanctions. 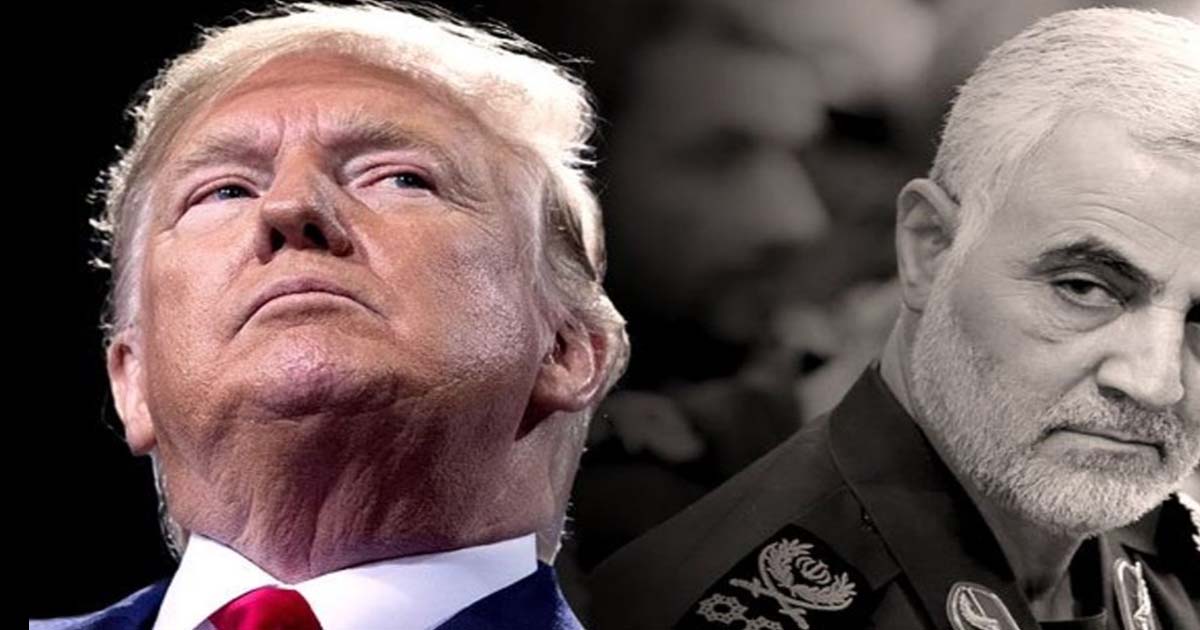 Tehran will avenge the assassination of Qasem Soleimani by driving the US out of the region, his successor said shortly after another Revolutionary Guard commander warned that dozens of American targets are “within our reach.”

“We promise to continue martyr Soleimani’s path with the same force… and the only compensation for us would be to remove America from the region,” Esmail Qaani said on Monday in an interview with local media ahead of the general’s funeral in Tehran.

Qaani was appointed the new leader of the Quds Force – the secretive arm of the elite Islamic Revolutionary Guard Corps (IRGC) – on January 3. His comments come just days after General Gholamali Abuhamzeh, who heads the IRGC in Iran’s southern Kerman province, said 35 US targets in the region as well as Tel Aviv were identified “long ago” and are “within our reach.”

Washington responded with a similarly-worded message, with Secretary of State Mike Pompeo threatening “lawful strikes” targeting “actual decision-makers” if any American asset is in danger.

If they do ask us to leave, if we don’t do it in a very friendly basis, we will charge them sanctions like they’ve never seen before ever. It’ll make Iranian sanctions look somewhat tame

As the war of words escalated, the Pentagon ordered 3,000 troops into the region. Meanwhile, Iraq’s parliament passed a resolution calling for the removal of foreign troops from the country.

Quds Force commander General Soleimani was assassinated in a targeted US drone strike near Baghdad International Airport. His car was hit when local allies from Iraq’s Popular Mobilization Forces (PMF) were driving him from the airport. After days of mourning, he will be buried in his hometown, Kerman on Tuesday.

Meanwhile, US President Donald Trump threatened that Iraq should brace for sanctions that will make the ones placed on Iran look weak in comparison if it kicks out the US troops without first covering the costs for an airbase.

“We have a very extraordinarily expensive airbase that’s there. It cost billions of dollars to build, long before my time. We’re not leaving unless they pay us back for it,” Trump told reporters aboard Air Force One on Sunday.

The United States just spent Two Trillion Dollars on Military Equipment. We are the biggest and by far the BEST in the World! If Iran attacks an American Base, or any American, we will be sending some of that brand new beautiful equipment their way…and without hesitation!— Donald J. Trump (@realDonaldTrump) January 5, 2020

The punitive measures that the US is ready to slap on its supposed ally in the fight against Islamic State (IS, formerly ISIS) will be even harsher than the crippling sanctions already in effect against Tehran, the president said.

“If they do ask us to leave, if we don’t do it on a very friendly basis, we will charge them sanctions as they’ve never seen before ever. It’ll make Iranian sanctions look somewhat tame.”

Trump’s warning to Iraq comes after Iraqi MPs passed a non-binding resolution, championed by the country’s caretaker prime minister, asking the Iraqi government to expel foreign troops by canceling a request for military assistance from the US-led coalition.

The resolution, adopted earlier on Sunday, envisions that some foreign troops might stay in Iraq for training purposes, but the number of foreign instructors deemed necessary should be reported back by the Iraqi authorities.

The murder of Soleimani, who played a key role in the fight against IS in Syria and Iraq, has drawn outrage across Iran and Iraq, with Tehran vowing to avenge the assassination, calling it an act of international terrorism

Trump also doubled down on his threat to wipe out Iranian cultural sites in retaliation for potential future attacks from Tehran, which has vowed to avenge the assassination of its top general, Qassem Soleimani, by the US.

Accusing Iran of “torturing” and “maiming” American soldiers in suicide attacks and by planting roadside bombs, Trump hinted that attacks on US troops justify potential war crimes – the destruction of a nation’s cultural heritage.

Read more: Nobody uses Pakistani soil to attack anyone: Pak Army warns US

Trump’s statement on Saturday that the US might fire upon 52 sites that are important to Iran’s people and culture has courted controversy in the US, with many of the Trump administration’s critics noting that Washington would mimic the methods of its declared adversary, Islamic State – which is notorious for damaging and destroying globally-significant cultural sites in Syria and Iraq.

Iran is talking very boldly about targeting certain USA assets as revenge for our ridding the world of their terrorist leader who had just killed an American, & badly wounded many others, not to mention all of the people he had killed over his lifetime, including recently….

Tensions between the US and Iran have been mounting ever since a series of US airstrikes against the Shia Kataib Hezbollah militia in Syria and Iraq on December 29 killed at least 25 fighters, triggering a siege of the US Embassy in Baghdad that saw demonstrators chanting “death to America” and setting checkpoints on fire. The US blamed the showdown at its diplomatic compound on Tehran and its “proxies.” On Thursday, the US launched a drone strike at a convoy travelling near Baghdad International Airport, killing Islamic Revolutionary Guard Corps (IRGC) commander Qassem Soleimani, along with senior Iraqi militia leaders.

The murder of Soleimani, who played a key role in the fight against IS in Syria and Iraq, has drawn outrage across Iran and Iraq, with Tehran vowing to avenge the assassination, calling it “an act of international terrorism.” Washington, meanwhile, insists that Soleimani was the mastermind behind a spate of attacks on American personnel, including at the US Embassy, and says he was plotting new assaults.