Pressure is building up against the US from all sides in the aftermath of its airstrike in Baghdad that killed top Iranian Commander, General Soleimani. Iraq said the attack was in violation of UN Charter's clause on sovereignty and now the Parliament has demanded that all US forces be expelled from Iraq. 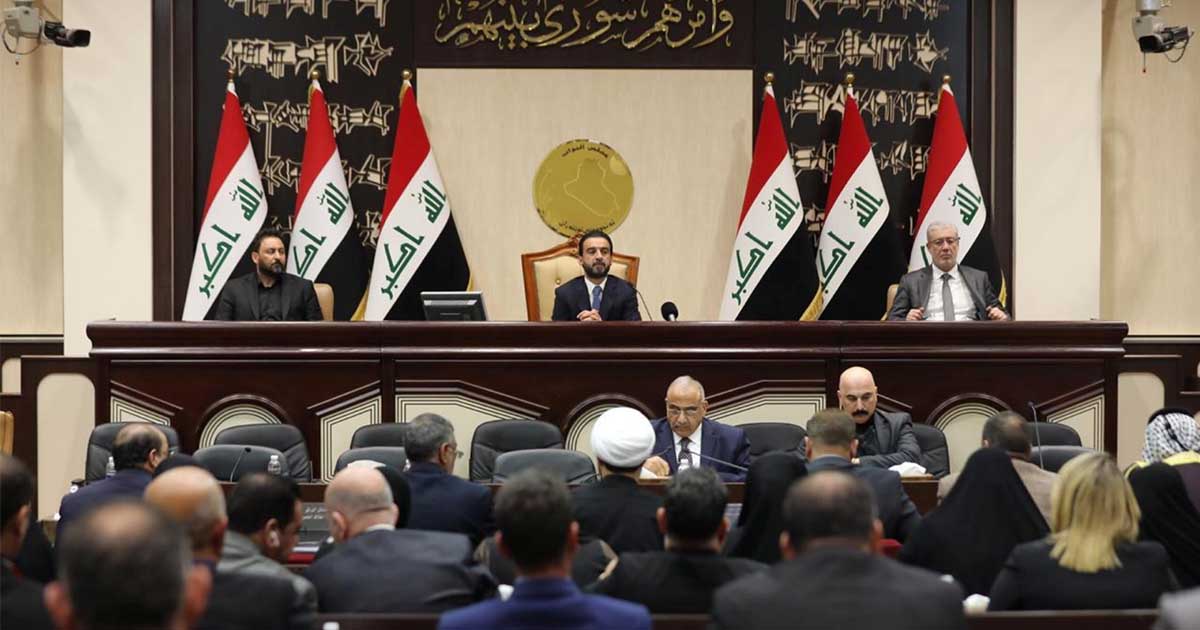 Iraq said that the US attack that killed Iranian General Soleimani was in violation of UN Charter’s clause on sovereignty. The Iraqi Parliament has demanded that all US forces be expelled from Iraq.

A pair of rockets hit near the US embassy in Iraq’s high-security Green Zone for the second night in a row on Sunday just hours after Iraq’s foreign ministry summoned the American ambassador over the strike.

Britain, a key member of the US-led coalition against jihadists, urged Iraq to allow soldiers to stay in the country, saying their work was “vital”

Earlier, caretaker prime minister Adel Abdel Mahdi attended an extraordinary parliamentary session during which he slammed the US strike as a “political assassination”.

He joined 168 lawmakers — just enough for quorum in Iraq’s 329-seat parliament — to discuss the ouster of US troops. Some 5,200 US soldiers are stationed across Iraqi bases to support local troops preventing a resurgence of the Islamic State jihadist group.

Read more: US killing of Soleimani: what we know

The cabinet would have to approve any decision but the premier indicated support for an ouster in his speech. “We face two main choices,” he told MPs: either immediately voting for foreign troops to leave or setting limits and a timeframe for withdrawal through a parliamentary process.

What are your thoughts on this? What will be the outcome? #Iraqi #UStroops https://t.co/0EC8CLB8FZ

US Secretary of State Mike Pompeo reacted to the parliament’s move by saying: “We’ll have to take a look at what we do when the Iraqi leadership and government makes a decision”.

Britain, a key member of the US-led coalition against jihadists, urged Iraq to allow soldiers to stay in the country, saying their work was “vital”.

Some 5,200 US soldiers are stationed across Iraqi bases to support local troops preventing a resurgence of the Islamic State jihadist group

Hardline parliamentarians with ties to Iraq’s Hashed al-Shaabi, a military force close to Iran, had demanded the immediate expulsion of all foreign troops. No Kurdish and most Sunni MPs boycotted the session as they were more supportive of an American military presence, seen as a counterweight to Iran.

— Everyone has something to learn from somebody. (@DeceitinDrugs) January 6, 2020

Tom Warrick, a former US official and current fellow at the Atlantic Council, said Soleimani and pro-Iran factions within the Hashed had long sought the US’s ouster. “If US forces do end up withdrawing, it could grant Soleimani a post-humous victory,” Warrick told AFP.

As the session got under way, the US-led coalition announced it was suspending its Iraq operations due to deadly rocket attacks on their bases.

Read more: Qassim Soleimani murder: An action that US will regret

“This has limited our capacity to conduct training with partners and to support their operations against Daesh (IS) and we have therefore paused these activities, subject to continuous review,” it said.

Late Saturday, two missiles slammed into the Green Zone and another two rockets hit an airbase north of the capital housing American troops. There had been fears of a volleys of rockets following a warning from a hardline Hashed faction for Iraqis to move away from US forces by Sunday afternoon.

Iraq’s foreign ministry said it summoned US ambassador Matthew Tueller and submitted complaints to the United Nations Security Council over the strikes. “They were a blatant violation of Iraqi sovereignty,” the ministry said in a statement, and “contradict the agreed-upon missions of the international coalition.”

After a procession that made its way across various Iraqi cities on Saturday, the remains of the Iranians, plus those of Muhandis and another Hashed member, were flown to Iran where mourners packed the streets to pay tribute to them.

DNA testing was required to separate the Iraqis’ remains so they could be properly buried, the Hashed said. As head of the Quds Force, the Guards’ foreign operations arm, Soleimani oversaw Iran’s wide-ranging interventions in regional power struggles.

Read more: How will Iran retaliate to Soleimani killing?

In Iraq, protesters taking to the streets since October had blamed him for propping up a government they see as corrupt and inept. Demonstrations still rocked the capital and south on Sunday, with many protesting against Iran and the United States.

US President Donald Trump claimed Soleimani was planning an “imminent” attack on US personnel in the region and threatened Iran — which has promised “severe revenge” — with more strikes.

How will Iran retaliate to Soleimani killing?