One of the finest actors of Bollywood, Irrfan Khan had worked in Hollywood movies including Slumdog Millionaire and Life of Pi, and The Namesake. He urged people to embrace life and live to the fullest in his last interview. 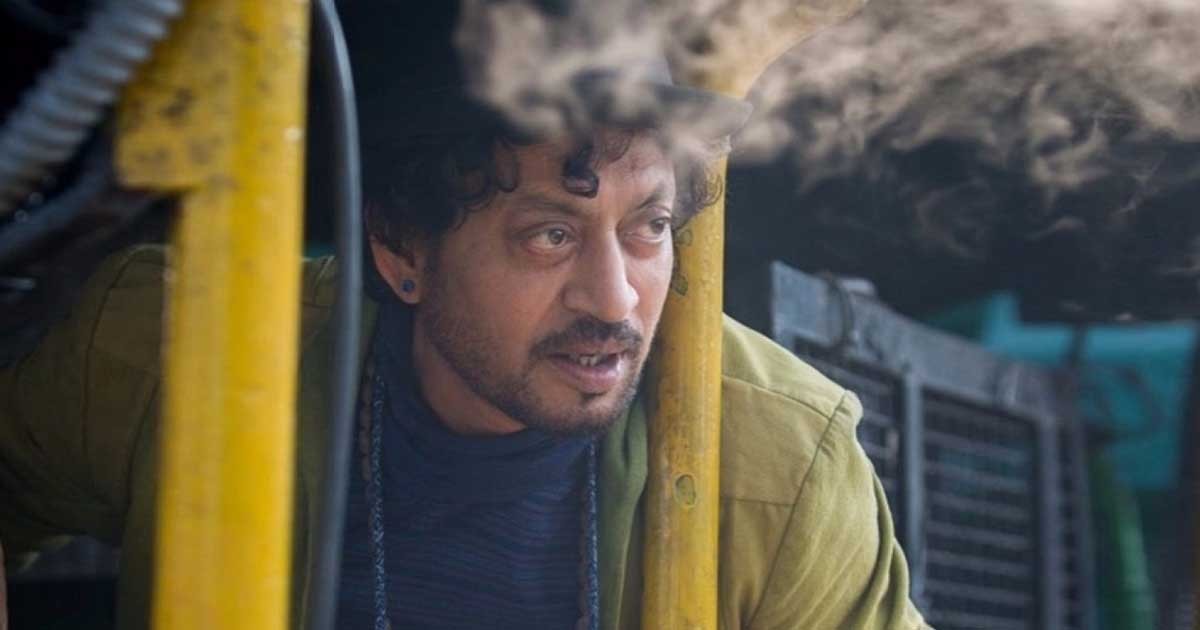 Bollywood actor Irrfan Khan died at the age of 53 in Mumbai on Wednesday. The Indian media confirmed the reports of his death this morning.

Irrfan Khan was a cancer survivor. He died after battling colon infection for years.

He has left behind wife Sutapa Sikdar and two sons, Babil and Ayan. His friends and fellows are in disbelief since the news of his death broke out on social media. Messages of condolences and prayers for Irrfan Khan poured in from fans and friends on Twitter.

Heartfelt condolences on the untimely demise of a self made, brilliant, versatile actor par excellence our own #IrrfanKhan. He was certainly one of the best in our film industry. A thorough gentleman & fine human being @irrfank. A man of few words, but a volcano of talent.— Shatrughan Sinha (@ShatruganSinha) April 29, 2020

Irrfan Khan was admitted to the hospital two days ago. He was suffering from colon infection. He stayed in the intensive care unit of the Kokilaben [Dhirubhai Ambani Hospital].

His spokesperson had expressed hope that Irrfan would recover with his tremendous strength.

“‘I trust, I have surrendered, these were some of the many words that Irrfan expressed in a heartfelt note he wrote in 2018, opening up about his fight with cancer. And a man of few words and an actor of silent expressions with his deep eyes and his memorable actions on screen,” the spokesperson of Irrfan Khan stated.

“It’s saddening that this day, we have to bring forward the news of him passing away. Irrfan was a strong soul, someone who fought till the very end and always inspired everyone who came close to him. After having been struck with the news of rare cancer in 2018, he took life as it came and fought the many battles that came with the dreaded disease.”

Read more: Will Sara Ali Khan be in Hindi Medium 2?

Surrounded by his love, his family, for whom he most cared about, he left for heaven[ly] abode, leaving behind a legacy of his own. We all pray and hope that he is at peace. And to resonate and part with his words. ‘As if I was tasting life for the first time, the magical side of it’,” the spokesperson of Irrfan Khan added.

RIP #IrrfanKhan. The Bollywood actor passed away on Wednesday, 29 April. He had been battling neuroendocrine tumour since 2018. pic.twitter.com/N1YDAYXBbP— Quint Neon (@QuintNeon) April 29, 2020

His close friend director Shoojit Sircar confirmed the news of his death on social media. “My dear friend Irrfaan. You fought and fought and fought. I will always be proud of you. We shall meet again,” he wrote on Twitter.

One of the finest actors of Bollywood, Irrfan Khan had worked in Hollywood movies including Slumdog Millionaire, Life of Pi, and The Namesake. Some of the highlights of his career are Piku, Haider, New York and The Lunchbox.

Irrfan Khan, an Indian film star who brought a modern sensibility to recent hit movies and was featured in several Hollywood films such as “Life of Pi” and “The Namesake,” died on Wednesday. He was 53. https://t.co/hqROSbOHtn— The New York Times (@nytimes) April 29, 2020

He has appeared in more than 100 Hindi films. Irrfan Khan received the highest Indian civil award, Padma Shri, in 2011.

The ‘Hindi Medium’ star spent 2018 and 2019 fighting the neuroendocrine tumor. He recovered well from the illness after his treatment in London.

I’m numb today… I haven’t been able to accept the loss of a brilliant co-actor & a fabulous person that @irrfank was! We’ve lost a gem today… but his legacy will live on through the phenomenal body of work that he has left behind. Rest in peace, Irrfan!🙏🏻🙏🏻#IrrfanKhan pic.twitter.com/7jrRDRYdcC

He made a Bollywood comeback in March 2020 with Angraizi Medium. Angrazi Medium could not release in cinemas due to coronavirus pandemic.

Irrfan Khan was born as Sahibzaade Irrfan Khan to a tyre seller in Jaipur in 1966. He went to drama school after failing as a cricketer. For years, he struggled to make his way into Bollywood. He first appeared in Mira Nair’s Salam Bombay 1988. His breakthrough came in British director Asif Kapadia’s movie, The Warrior in 2