Is a bloated bureaucracy responsible for Pakistan’s fiscal deficit?

Effectively we start with 1.5% deficit before even saying hello to nice stuff like investment in future of our people through spending on education or health or infrastructure. 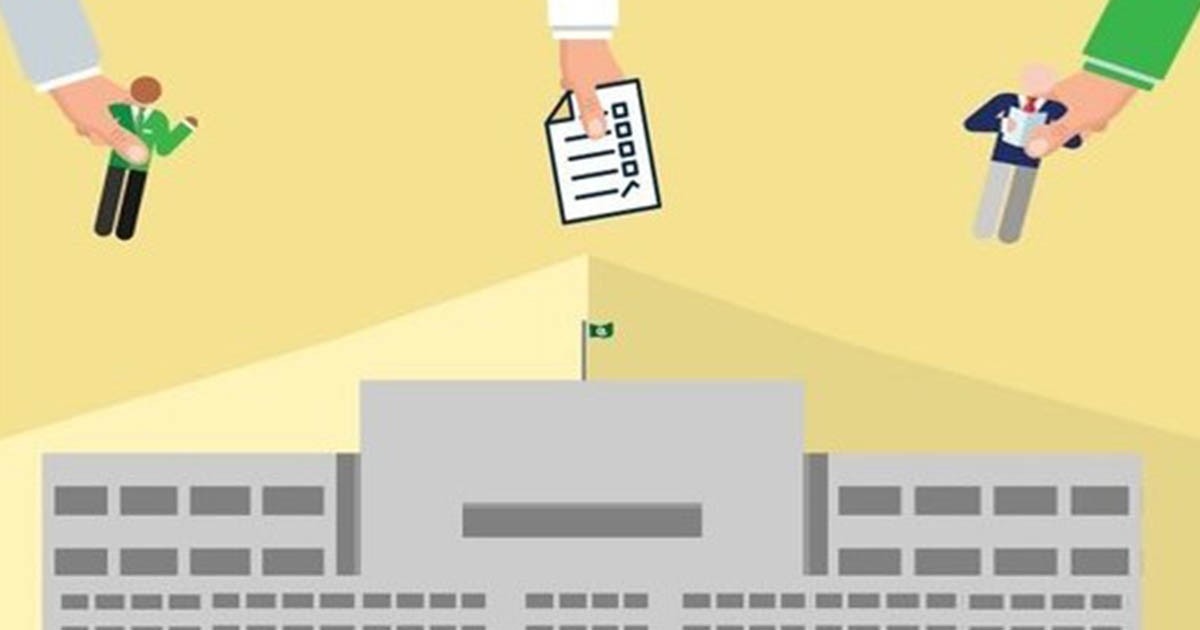 Sometimes it’s quite amusing how people get away with what appears to be a passionate plea from the heart. The vlog below is a classic example of that. The vlogger makes much of the 3.5 times increase in tax revenues over the last decade, and sorrowfully pleads on behalf of the people of Pakistan not to crush them under the cruel yoke of excessive taxation. Very dramatic but also not quite correct.

A passionate appeal to Prime Minister from an economist who has indigenous solutions.Posted by Syed Mujib on Friday, October 11, 2019

Let’s for a moment try and understand this huge tax revenue ‘growth’: Pakistan’s GDP in 2007-08 was PKR 10.6 trillion versus 2017-18 GDP at PKR 34.6 trillion, or in other words GDP grew by 326% – almost in line with tax revenue growth. At the same time there was virtually no broadening in the tax base i.e. there were no new group taxpayers added in the mix.

The vlogger then goes on to suggest that Pakistan’s fiscal deficit is largely due to a bloated bureaucracy. He makes a sweeping statement about bureaucratic inefficiency and its perks & privileges, with a Punjabi verse or two added in for authenticity. This would be not an issue by itself, were it not for trying to extrapolate the argument to suggest that the government’s efforts to document economic activity and ensure broad-based taxation is misdirected. At this point, such an opinion needs to be questioned. Before attributing our fiscal woes to any section of the government it is only fair to ask for evidence.

It might be useful to start by agreeing on basic numbers e.g. Tax/GDP ratio is currently around 11%. National Finance Commission (NFC) award to provinces is approximately 58% or in terms of current nominal GDP at 6%. If we accept these numbers (they can be checked at SBP website) then we would also agree that the federal government is only left with 5% of the original 11% (in terms GDP) for Federal Government spending.

Let’s also assume approximately 3.5% of GDP as being unavoidable spending for debt servicing since we can’t use a magic wand to erase the legacy book of debt. This will vary as interest rates go up or down. There’s a further 3% for defense that’s also pretty inflexible given the neighborhood Pakistan is located in.

Effectively we start with a 1.5% deficit before even saying hello to nice stuff like investment in the future of our people through spending on education or health or infrastructure. If we assume 3% of GDP for health, education, poverty alleviation, etc, we are already 4.5% in deficit. To execute the longterm investments in health, education, etc we, unfortunately, need people to execute the various programs. Let’s call these people bureaucrats and assume that their combined costs in various ministries are about Rs400bn or approximately < or =1% of GDP.

So we already down to 5.5% of GDP as deficit. If we don’t want to add to our borrowings since we accept government borrowings is a horrible, horrible thing (it’s effectively a tax on future generations) our tax revenues should be at least 16.5% of GDP. But wait I’ve not yet included circular debt or State-Owned Enterprises (SOEs). For easy understanding let’s say both of these terrible things somehow disappear and we are stuck with a requirement of a 16.5% tax/GDP ratio.

In other words, to avoid further government borrowings, the lowest figure for the tax/GDP ratio has to be 16.5%, which will require an increase of 50% from the current level of 11%. Before beating up our bureaucracy for their profligacy & inefficiency, we might do well to understand what a realistic Tax/GDP for a modern functioning state is. The average for OECD countries is approximately 34%. For both, China and India, the tax/GDP ratio is in excess of 18%.

Even in a highly efficient city-state like Singapore tax/GDP ratio is over 14% with no requirement to service legacy debt. Its compactness makes spending on infrastructure like roads lower than countries where large distances between cities have to connect. It doesn’t have hostile neighbors so can it limit defense spending as well.

Read more: No sin tax on cigarettes: A win for the tobacco lobbyists?

The only countries that seem to have less than 11% tax/GDP ratio are Chad (c 5%), Gabon (10.9%), Haiti (9.4%) and few more such wonderful examples prosperity, joy, and democracy. However, one is not convinced that they serve as best examples to follow.

Javed Hassan is Chairman NAVTTC, a former investment banker who has worked in London, Hong Kong, and Karachi and a graduate of Imperial College London and an MBA from London Business School. He tweets as @javedhassan. The views expressed in this article are the author’s own and do not necessarily reflect the editorial policy of Global Village Space.

US campaign against Huawei unlikely to effect business