Is Esra Bilgic the new face of Khaadi?

Turkish Actress Esra Bilgic has been extremely popular in Pakistan ever since the broadcast of Turkish series Dirilis Ertugrul in Pakistan in which she played a leading role of Halime Sultan-the Seljuk warrior princess. 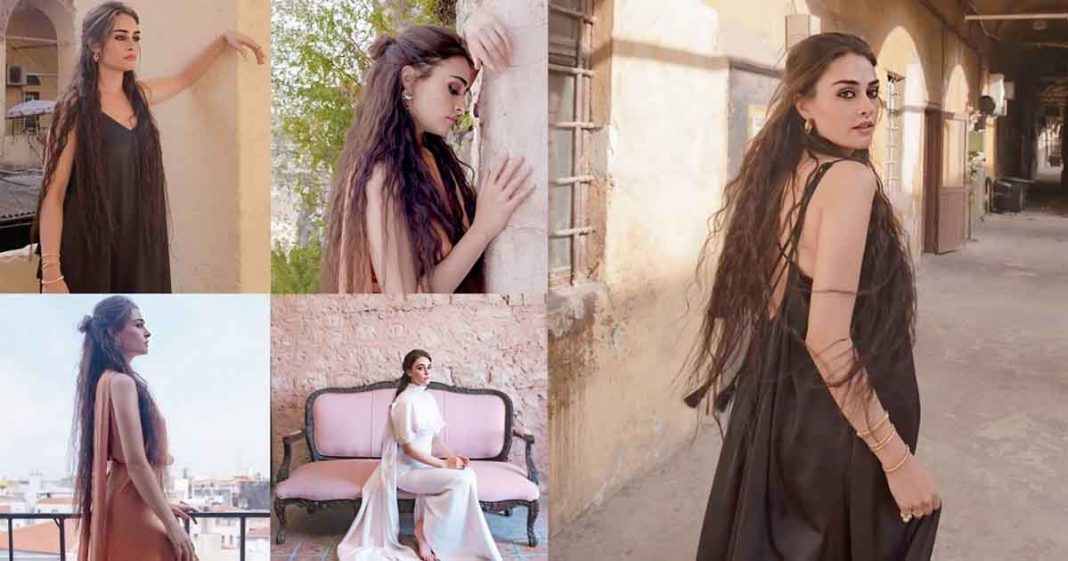 Both Esra and Khaadi have followed each other’s official Instagram account. If reports are to be believed, Khaadi will be the third Pakistani brand to sign Ertugrul sensation, Esra Bilgic as its brand ambassador. Turkish Actress Esra Bilgic has been extremely popular in Pakistan ever since the broadcast of Turkish series Dirilis Ertugrul in Pakistan in which she played a leading role of Halime Sultan-the Seljuk warrior princess.

Besides her impeccable performance of Halime Sultan, Esra Bilgic received massive praise in Pakistan for her ethereal beauty and quintessential persona that amplifies her charm among her Pakistani fans. That’s why a number of leading Pakistani brands rushed in to sign Esra Bilgic aka Halime Sultan as their brand ambassador.

#EsraBilgic aka #HalimeSultan has been signed on as brand ambassador for one of Pakistan's most popular brands, #Khaadi, even started following the clothing giant on Instagram. pic.twitter.com/BFKKCZ7gmN

Esra Bilgic then had Chicken Karahi. “Chicken Karahi is the next one.” But Esra found it extremely spicy. After trying all other dishes, Esra picked Chicken biryani as her Number 1 dish. She said, “It’s delicious. Wow. I like it. It’s my number 1, I thing. Yup. Yeah, it’s my number 1.”

At the end of the video, Esra says, ‘Hi guys, I have tried all the dishes. Chicken biryani is the best without a doubt.”

The 27-year-old Ankara-based Turkish model Esra Bilgic has followed the trail of Bollywood diva Kareena Kapoor-Khan, Katrina Kaif, and Mahira Khan in being signed off the face as brand ambassadors for Pakistani mobile brand and cellular network.

Esra Bilgic, who has recently become the brand ambassador of Pakistan’s leading telecommunication network, Mobilink Jazz, wished Pakistani fans on Independence Day. In a video message, Esra said, “I am Esra Bilgic and on this 14th August, I would like to personally wish you all Jashn-e-Azadi Mubarak. Pakistan Zindabad.” Esra Bilgic is known for playing the role of a quintessential Seljuk warrior princess, Halime Sultan in the famous Turkish serial Dirilis Ertugrul.

#EsraBilgiç has been appointed as brand ambassador for Pakistan's most popular fashion brand Khaadi, she started following it on IG & she been wearing Khaadi's shalwar kameez for Jazz promotions. Congratulations my queen @esbilgic 👊🏻🖤 pic.twitter.com/WRNBAmexxD

The telecommunication brand released a promotional image of the actress on social media that has triggered massive interest from followers. Turkish actress Esra Bilgic is not seen clearly in the image as she is wrapped around a red piece of floating cloth. As Mobilink Jazz 4G released her picture, Esra Bilgic also posted her image on her Instagram account. “I think it’s time to tell the world.#Dunyakobatado  #JazzSuper4G,” she captioned her picture.

Similarly, her Qmobile ad has minted more than half a million views on YouTube. The Qmobile ad features Esra Bilgic as a raging princess- the extension of her symbolic onscreen character-Halime Sultan from Dirilis Ertugrul. Esra Bilgic is playing herself in the ad and is seen filming sword-fight scenes in the advertisement. The action-packed advertisement was shot in at the famous Çırağan Palace, a 19th-century Ottoman palace which has now been turned into a five-star Kempinski hotel in Istanbul. The ad is directed by award-winning Turkish filmmaker Umut Aral.

Now Khaadi has reportedly become the third brand to sign Esra Bilgic-fans are anxiously waiting to see how the Pakistan’s leading clothing and retail brand, Khaadi will improvise an interesting promotional campaign with Turkish beauty.