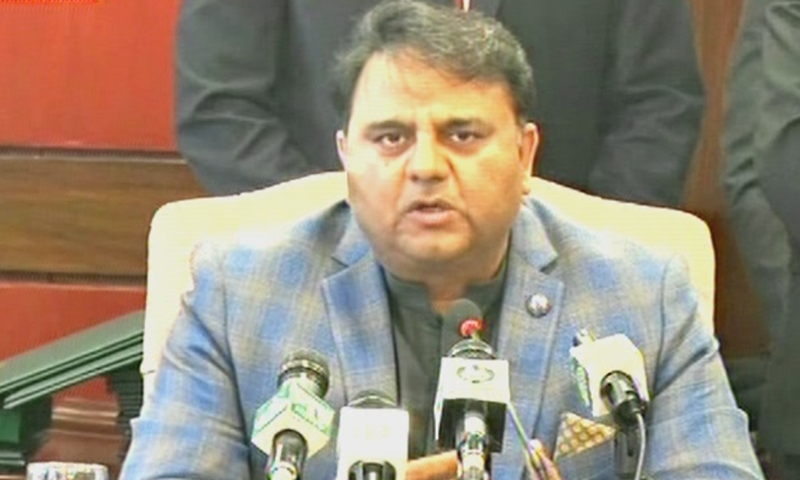 Fawad Chaudhary, Federal Information Minister, has said that the fight against extremism needs unwavering social support in order to become successful. He was giving a press briefing in Lahore where Mr. Chaudhary made it clear that the recent protests in Lahore and Karachi had nothing to do with the religion. “Islam is a religion of peace. It promotes peace, love, and harmony in a society,” said the Information Minister.

The Minister also highlighted the significance of the ‘Rehmatul-il-Alameen Conferences’ being held nationwide this month, he described the love for the Holy Prophet (peace be upon him) as the foundation of Islam and claimed that “a group of people is trying to misuse the issue for political gain”. He was referring to recent waves of protests in the megacities of the country.

“We are holding a ‘Rehmatul-il-Alameen Conference’ at a national level for the first time,” Chaudhry said, adding that Prime Minister Imran Khan would inaugurate the event on Nov 20.

It is worth mentioning here that after the Supreme Court of Pakistan overturned the decision of district and high court and ordered to release Ms. Asia Bibi, a Christian woman, accused of blasphemy, protests erupted in Lahore. Maulana Khadim Hussain Rizvi of TLP was leading the protest and demanded the reversal of the court’s order, suspension of the judges, and a rebellion within the Armed forces of Pakistan.

The situation remained tense across the country for almost three days. Finally, the government was able to sign an agreement with the protesters who then called off their protests.

Mr. Chaudhary said in his press briefing that these protests were not out of love for the Prophet (P.B.H) who always professed values of patience, rule of law, and harmony. The protestors and their leaders, maintained the Info Minister, were striving for their ‘vested political interests’.

Pakistan has been facing the challenge of religious extremism for last many years. The minister urged the people of Pakistan to realize their responsibility and fight against the menace of extremism. “There is a fight between an armed extremist group and an unarmed group having logical arguments to counter the former,” said Mr. Chaudhary. He also clarified that the government is determined to protect the unarmed segment of society and intends to promote the culture of dialogue and patience in society.

He added that it is the responsibility of the state to ensure the availability of an environment where everyone can present their arguments. “We are holding a ‘Rehmatul-il-Alameen Conference’ at a national level for the first time,” Chaudhry said, adding that Prime Minister Imran Khan would inaugurate the event on Nov 20. The point the minister wanted to make was to ensure the nation that the message given by the Prophet (P.B.H) allows people to present their arguments and opinions without the fear of being killed.

The conference will help the government shape a new narrative against the extremist ideologies to create a peaceful environment in the country where courts and their decisions are respected.

It is important to mention here that last week Prime Minister Imran Khan while speaking to the Minister for Religious Affairs Noorul Haq Qadri, had said that the ‘government wishes to present an image of peaceful Islam before the world’, Radio Pakistan reported.

For this purpose, ‘Rehmatul-il-Alameen Conferences’ will be held across the country, while a two-day ‘Khatm-i-Nabuwwat International Conference’ will be held in Islamabad, he said, adding that the Imam-i-Kaaba, Vice Chancellor of Egypt’s Al-Azhar University, the Mufti of Syria, and religious scholars from Iraq and Tunisia will be in attendance and shed light on different aspects of the life of the Holy Prophet (PBUH).

According to sources, PM Khan had also said that research on the life of the Holy Prophet (PBUH) would be promoted under the government’s supervision. The intention of the present government is to create a social setting where nobody uses religion to seek political support.

The conference will help the government shape a new narrative against the extremist ideologies to create a peaceful environment in the country where courts and their decisions are respected. Analysts and opinion makers across the country are appreciating the PM Khan-led cabinet for showing some serious interesting in eradicating the menace of extremism from Pakistan.

NAB: The only casualty in ‘war of words’